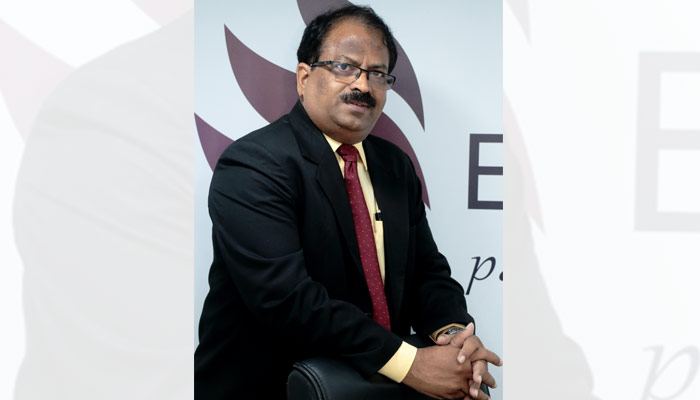 By last week (ended on October 1), the domestic market has completely recovered the entire loss in the total market cap of BSE. By March 23rd, 2020, the Indian market has lost nearly Rs55 lakh crore (about 35%) of overall BSE market cap from Rs157 lakh crore seen just before first corona virus cases were identified in India. On Thursday, October 1, the last trading day of the week, total market cap of BSE ended close to Rs157 lakh crore.

Thus, the impact of pandemic is zero on the equity markets in terms of overall domestic market cap. Does this complete recovery in the market cap point out that the worst is over? Is the economic pain of pandemic fully priced in? The answer is NO! Of course, the long-term prospects for the domestic equity markets remain quite attractive – once successful vaccine is in place and administered to the majority of the population, may be by middle of 2021, the domestic economy could start recovering substantially and hence, the equity market may be set in for a fabulous record level of overall market cap by end of 2021. Due to changing political equations, a significant quantum of foreign direct investments could come to India from countries like the US, Japan, South Korea, Australia, etc.

However, both global and domestic factors remain quite adverse in the short-term. During this pandemic time, the correlation of the domestic equity markets with the US markets got strengthened from 0.6 to over 0.9. While about $20 trillion of stimulus from governments and central banks led to significant recovery in the macroeconomic parameters and also almost full recovery in the market cap erosions across the world equity markets including Indian markets, renewed global concerns are emerging. The immediate cause of worry is uncertainty on the global relationships emerging from the Covid infection of the US President.

The slide in global GDP is now revised to 3.7% from earlier forecast of 5.9% contraction. However, the pace of recovery once again slows down. The virus itself is spreading faster, and forcing governments to reimpose lockdowns, as cold weather arrives. The US economists have been cutting fourth-quarter growth forecasts. In Europe, a historic 1.8 trillion-euro ($2.1 trillion) recovery fund – seen as crucial for struggling countries like Italy and Spain – now faces potential delays.

World Bank has said the corona virus pandemic is expected to lead to the slowest growth of 0.9% in more than 50 years in East Asia and the Pacific as well as China, while up to 38 million people are set to be pushed back into poverty. Full economic recovery is expected only by 2023 in the US. In Europe, German economy is expected to reach pre-crisis level only by 2022.

Temporary job cuts may harden into permanent ones, a worry compounded this week when corporate giants Walt Disney and Royal Dutch Shell fired tens of thousands of workers. In the US, applications for unemployment benefits remain elevated at about four times last year’s levels. The UK’s trade negotiations with the European Union are in flux, with a hard Brexit still a risk.

Concerns on the domestic front are also equally worrisome.

The domestic market has proven its weakness in terms of liquidity and excessive dependence on the FIIs flow – on September 16th, overall BSE market cap hit Rs160 lakh crore, about Rs3 lakh crore more than pre-lockdown levels. But subsequently when the FIIs sold just few thousand crore rupees worth of Indian equities, the market lost around `11 lakh crore of market cap in a matter of seven days. Since the domestic equity market has recovered fully all erosions in the market cap seen on March 23rd, the FIIs are tactically in a better position to book some of their long-terms gains in the domestic equity markets.

The immediate focus of the markets would be on Q2FY2021earnings. While some businesses like sale of cars and two wheelers, along with necessities have improved significantly from Q1FY2021, there are many businesses (like airline, real estate, mass entertainments, etc), which continue to show poor performance. Many companies in such businesses are expected to see shrinkage in balance sheets due to accumulated losses from the lockdown days. Several companies have liberally used opportunities arising from Other Income, sale of assets / investments, tax write backs, etc in Q1FY2021 to compensate for the losses in core operations. Such flexibilities may not be available in Q2FY2021. However, valuations of many companies have got shifted vertically as stock prices have recovered on an average by 50% from March 23rd bottom. Thus, steep valuations remain as another cause of short-term concern.

One possible reason for the complete recovery from March 23rd lows and assuming zero impact of pandemic on the overall market cap is market’s expectation of over 35% year-on-year growth expected in FY2022 earnings of Sensex and NIFTY companies. But this may not be a quite realistic assumption.

Worldwide, once again deflationary conditions are rising – in the last few weeks, oil prices have fallen about 10% and metals have corrected 5% to 8%. While the US GDP plunged at a 31.4% annualized rate in Q2 CY2020, the sharpest contraction in at least 73 years, the UK GDP shrank by 19.8% in Q2CY2020.

The US FED expects to keep rates at zero till 2023 as it expects unemployment rate to fall to 4% and core inflation not to reach target rate of 2% by 2023. European Central Bank keeps interest rate on deposit at minus 0.5% while Bank of England considering taking the benchmark interest rate below zero. On the other hand, International Finance Corporation says, “Asia Pacific region is getting into “financial crisis” as bankruptcies were expected to rise by 30%”. These are all significant indicators of persistent deflationary conditions and the same may not vanish the moment successful vaccines come in as normally deflationary pressures ease with some time lag. 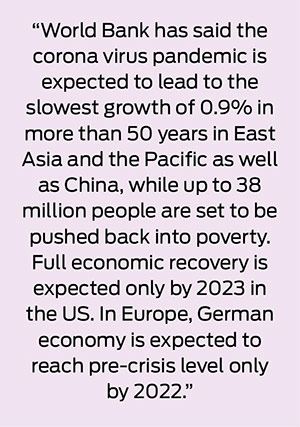 could weaken fiscal position further – the fiscal deficit could hit 12.5% in FY2021 and debt at 90% of GDP. The same could impact the government’s ability to support the economy. The Indian economy needs to grow 10% in FY2022 to retrace back to the base GDP level of FY2020, if it contracts by 9% in FY2021. At this juncture, it looks quite difficult to get back to such fast recovery in GDP growth in FY2022. Many key macroeconomic parameters remain cause of worries:

Tax collections improve in September 2020 – but continue to decline by 25% yoy. In August 2020, imports fall at double this rate at 26%, indicating severe contraction in industrial activities. Bank credit grows at mere 5.5% yoy and restructuring/slippages pool from the corporate sector to be around Rs3.3 lakh crore to Rs6.3 lakh crore during FY2021. Air traffic falls 76% yoy basis in August 2020. Volumes handled at 12 major ports falls 16.6% yoy during April-August 2020 and fell by 10% yoy in August 2020. As per a leading rating agency, NBFC delinquencies may rise up to 250 bps in FY2021.

Thus, in this background of continued global deflationary conditions and major concerns on the domestic economic parameters, and poor depth of our markets in terms of liquidity and significant role of investment outflows by the FIIs, there is a possibility of at least 5% to 10% correction in the domestic markets before end of 2020. Any possible significant battle on the border could cause the market to fall more than 10% also.

In the last four months, estimated amount of primary deals (IPO/Rights/OFS/QIP) is about Rs120,000 crore. Historically, many times the burst in the secondary markets preceded by massive boom in the primary markets. Pledging of shares by promoters once again has surged – shares pledged in the NSE-listed firms by value jumped 56% to Rs2.77 lakh crore as on August 2020, compared to Rs1.78 lakh crore as on July 2020. Hence, tactically also the short-term concerns for the domestic equity markets are increasing.

Thus, the short-to-medium term outlook remains quite pessimistic. Hence, it is better to avoid investing borrowed money in the equities. It is also advisable to increase the cash position in the equity portfolios to 15% to 20% depending upon the risk profile of the investors.

However, the domestic market could still give tremendous long-term opportunity for wealth creation especially from the small and mid cap (SMC) segment. SMC indices are still down 20% to 26% from their respective 2018 peaks. Individually many quality SMC stocks are down more than 50% from their 2 or 3 year peak prices and trade at single digit PEs. While the leaders in different businesses have performed very well in terms of market cap build up over the last 2.5 years, now time has come for the quality SMC stocks to do well in the next 1 to 2 years as a large chunk of retail investors always prefer to invest in SMC stocks. According to BSE, there has been 37% year-on-year increase in the total number of registered investors now. These new investors and millennial may prefer to invest in SMC stocks till huge differences in the valuations of SMC versus leaders (large cap stocks) get corrected to some extent.

Therefore, the investors may deploy the cash over the next three months in quality SMC stocks for every significant fall in the markets.