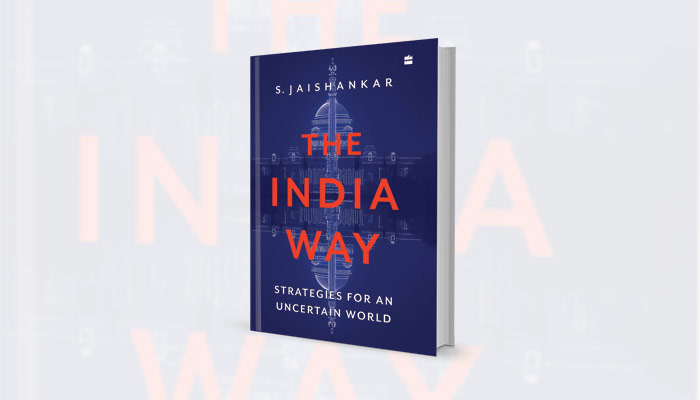 Strategies for an Uncertain World

“A nation that doesn’t honour its past has no future”, Goethe.
“Wisdom is to live in tune with the mode of the changing world,” Thiruvalluvar.

The same has been said by many great saints and philosophers over the ages, few understand and yet fewer are able to live by the wisdom. This book was developed through a series of events and expanded versions of the lectures given by the author at various business fora.

Rather than allow events to come upon us, these are better anticipated and analysed. But that has not been our history. The default option of playing defense reflects a mindset that does not comprehend external events well, leave alone appreciate their implications.

The reality now is that the two most powerful nations of our day who served each other’s purpose politically for many years now no longer do so. For India, such a scenario raises a host of strategic challenges to be dealt with from the perspective of our own interests.

Events in the last few years have been such a deviation from the norm that there is understandable confusion about the direction of world affairs. Both in the case of the US and China, developments have been outside the realm of earlier experiences. Pakistan has exceeded the most pessimistic projection of its policies. Other neighbours of India have sometimes acted at odds with their past.

History shows India does not follow a ‘winner takes all’ approach to contestation. Nor is there a confident belief that the end justifies the means. The Indian narrative based on Mahabharat is interlaced with moderation that highlight the fairness of the outcomes. There is continuous reflection on both the goals and the processes, sometimes to the point of self-doubt. But what it boils down to is the importance of making the right choices in difficult situations.

“Sometimes by losing a battle, you find a new way to win a war.” – Donald Trump.

“After four decades as a professional diplomat, many of the assumptions on which we had operated were now being called into question. But it did not follow from there that our experiences were suddenly irrelevant. On the contrary, it seemed that those who could most objectively assess the last many decades were best placed to anticipate the coming times.”

“The dangers of strategic complacency: India cannot remain oblivious to the consequences of rise of a global power in India’s immediate proximity. The era of benign globalization that facilitated the dramatic rise of China has come to an end. India’s rise has been slower and will now have to navigate difficult waters. We have entered a turbulent phase where a new kind of politics is being fashioned. The issue is not whether India will continue rising; that vector is reasonably assured. The question is how to do so optimally in an era of greater uncertainty.”

“India’s foreign policy carries three major burdens from its past. One is the 1947 Partition, which reduced the nation both demographically and politically. An unintended consequence was to give China more strategic space in Asia. Another is the delayed economic reforms that were undertaken a decade and a half after those of China. And far more ambivalently.”

“For two decades, China had been winning without fighting, while the US was fighting without winning. It was even more about economic growth, political influence, and quality of life. As a result, along the way, America lost its famous optimism. Something had to give and it did, in the 2016 American presidential election.”