Most of the memes and theories, tested on small data sample, have deluded people far too long. The digital world has changed radically in the past few decades where the delusions of the past won’t work 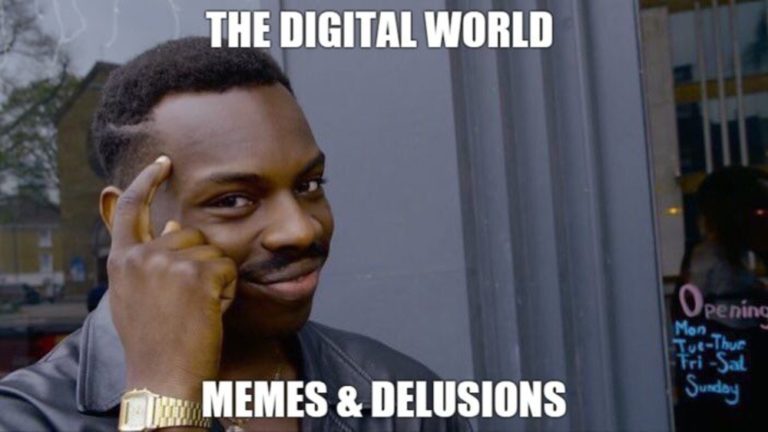 Economist JM Keynes said, “when the facts change, I change my mind.” He died in 1946. The facts have changed phenomenally over the decades but our government think-tank is determined to stick to the minds of the dead and their dead theories.

We have come a long way since the days of the printing press invented by Gutenberg around 1440. Information is no longer scarce; we have too much of it than we know what to do with. But relatively little is useful since everyone, in order to get famous, wants to frame weird theory and contribute to the ever-increasing noise, the so-called blabber-gentsia.

When we read and watch breaking news, we need to be aware of what most follow – Zohnerism – twisting simple facts to confuse people. Zohnerism refers to “the use of true fact to lead a scientifically and mathematically ignorant public to a false conclusion.” In 1997, 14 years old Nathan Zohner presented true facts in a twisted manner arguing dihydrogen monoxide was a dangerous toxic chemical compound – which is nothing but H2O, water.

One of the easiest, most followed and flawed theory is of statistical average, the economists are so enamoured and passionate about this mirage that is dangerously deceptive in real life. An average Indian drinks only about one litre of juice annually, compared to 48 by a German, 30 by an American, and 16 by a Japanese. Nothing about affordability, availability, and cultural differences. In India, people prefer fresh fruits and drink lassi than canned juice. Besides income disparity in urban and rural India is too high to render these simplistic studies useless.

How a misleading meme is created. A survey found that, on average, 33% of male teachers in a college married their girl students, whereas in reality there were three male teachers, and only one of them married a girl student. Most often, these darn averages don’t exist. Think-tanks theorists shout on television to force changes in public policy based on such memes and delusions.

In the early 1970s, it was claimed, with progress in satellite technology within a decade, we would be able to design types of equipment and models to predict earthquakes, a problem we are no closer to solving half-century later. Similarly, in the late 1970s, “Big Oil” theory said the world would run out of crude oil supplies as wells would dry in the next forty years. Fifty years since the prediction, the world is awash with oil.

The fact that these grand theories have bombed and forecasts failed does not stop the governments, supported by Nobel award-winning theorists, from their “visionary” delusions and are forcing through our throat to spend fresh, newly printed billions on Mars Mission to find water there probably to pipe it down to earth should there be a drought here.

Many economic theories are outright nonsense like Efficient Market Hypothesis. Most of the theories framed in the latter part of the twentieth century had been tested on a very small amount of data that were out of sample. The world economy has enormously evolved that the delusions of some crackpots half a century ago don’t work in today’s times. Besides, these old tricks applied now with new twists by the Goldman pass-outs lead to new, unanticipated problems like Cobra Effect.

Who knows these theories did work in their own time? Few that we can test have produced quite treacherous results suggest that many of the ideas we haven’t yet tested are very wrong as well. For example, the Federal Reserve’s Quantitative Easing policy and its various editions since 2008. The underlying deflation of the last decade is so strong that trillions of dollars thrown from helicopters have not pushed inflation at all.

The world has changed radically in the past few decades and it’s going to change much faster. We must use the past as a guide, but with a recognition that the future may manifest vastly different in various spheres where the delusions of the past won’t work.