Warren Buffett issued his annual letter to Berkshire Hathaway shareholders. Here is a list of takeaways that we have collated from the letter. 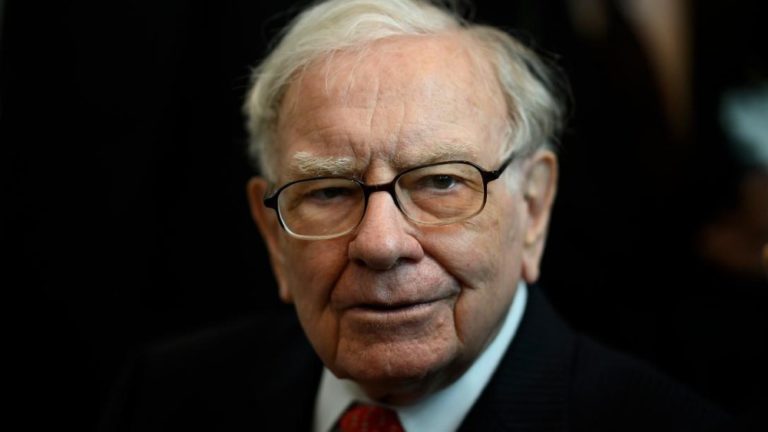 Charlie and I view Berkshire’s holdings of marketable stocks – at year-end worth $281 billion – as a collection of businesses. We don’t control the operations of those companies, but we do share proportionately in their long-term prosperity. From an accounting standpoint, however, our portion of their earnings is not included in Berkshire’s income. Instead, only what these investees pay us in dividends is recorded on our books. Under GAAP, the huge sums that investees retain on our behalf become invisible.

What’s out of sight, however, should not be out of mind: Those unrecorded retained earnings are usually building value – lots of value – for Berkshire. Investees use the withheld funds to expand their business, make acquisitions, pay off debt, and, often, to repurchase their stock (an act that increases our share of their future earnings). Retained earnings have propelled American business throughout our country’s history. What worked for Carnegie and Rockefeller has, over the years, worked its magic for millions of shareholders as well. Of course, some of our investees will disappoint, adding little, if anything, to the value of their company by retaining earnings. But others will over-deliver, a few spectacularly. In aggregate, we expect our share of the huge pile of earnings retained by Berkshire’s non-controlled businesses (what others would label our equity portfolio) to eventually deliver us an equal or greater amount of capital gains. Over our 56-year tenure, that expectation has been met.

Investing illusions can continue for a surprisingly long time. Wall Street loves the fees that deal-making generates, and the press loves the stories that colorful promoters provide. At a point, also, the soaring price of a promoted stock can itself become the “proof” that an illusion is a reality. Eventually, of course, the party ends, and many business “emperors” are found to have no clothes. Financial history is replete with the names of famous conglomerateurs who were initially lionized as business geniuses by journalists, analysts, and investment bankers, but whose creations ended up as business junkyards. Conglomerates earned their terrible reputation.

It took me a while to wise up. But I’m convinced that owning a non-controlling portion of a wonderful business is more profitable, more enjoyable, and far less work than struggling with 100 percent of a marginal enterprise. For those reasons, our conglomerate will remain a collection of controlled and non-controlled businesses. Charlie and I will simply deploy your capital into whatever we believe makes the most sense. If that strategy requires little or no effort on our part, so much the better. In contrast to the scoring system utilized in diving competitions, you are awarded no points in business endeavors for a “degree of difficulty.” Furthermore, as Ronald Reagan cautioned: “It’s said that hard work never killed anyone, but I say why take the chance?”

Bonds are not the place to be

Buffett in the letter highlighted that bonds are not the place to be these days. Can you believe that the income recently available from a 10-year US Treasury bond – the yield was 0.93 percent at year-end – had fallen 94 percent from the 15.8 percent yield available in September 1981? In certain large and important countries, such as Germany and Japan, investors earn a negative return on trillions of dollars of sovereign debt. Fixed-income investors worldwide – whether pension funds, insurance companies, or retirees – face a bleak future. Some insurers, as well as other bond investors, may try to juice the pathetic returns now available by shifting their purchases to obligations backed by shaky borrowers. Risky loans, however, are not the answer to inadequate interest rates. Three decades ago, the once-mighty savings and loan industry destroyed itself, partly by ignoring that maxim.

For all of 2020, Berkshire said it bought back $24.7 billion of its own stock, topping its old record $5 billion in 2019. Warren Buffett highlighted that “we made those purchases because we believed they would both enhance the intrinsic value per share for continuing shareholders and would leave Berkshire with more than ample funds for any opportunities or problems it might encounter,” the letter quoted.

Berkshire’s investment in Apple vividly illustrates the power of repurchases. We began buying Apple stock late in 2016 and by early July 2018, owned slightly more than one billion Apple shares. When we finished our purchases in mid-2018, Berkshire’s general account owned 5.2 percent of Apple. Our cost for that stake was $36 billion. Since then, we have both enjoyed regular dividends, averaging about $775 million annually, and have also – in 2020 – pocketed an additional $11 billion by selling a small portion of our position. Despite that sale – voila! – Berkshire now owns 5.4 percent of Apple. That increase was costless to us, coming about because Apple has continuously repurchased its shares, thereby substantially shrinking the number it now has outstanding. But that’s far from all of the good news. Because we also repurchased Berkshire shares during the 2-1/2 years, you now indirectly own a full 10 percent more of Apple’s assets and future earnings than you did in July 2018.

The math of repurchases grinds away slowly but can be powerful over time. The process offers a simple way for investors to own an ever-expanding portion of exceptional businesses. And as a sultry Mae West assured us: “Too much of a good thing can be . . . wonderful.”

Success stories abound throughout America. Since our country’s birth, individuals with an idea, ambition, and often just a pittance of capital have succeeded beyond their dreams by creating something new or by improving the customer’s experience with something old. We began the routine in 1972 with our purchase of See’s Candy. A full century ago, Mary See set out to deliver an age-old product that she had reinvented with special recipes. Her first small outlet in Los Angeles eventually led to several hundred shops, spread throughout the West. Today, Mrs. See’s creations continue to delight customers while providing life-long employment for thousands of women and men. Berkshire’s job is simply not to meddle with the company’s success.

In 1936, Leo Goodwin, along with his wife, Lillian, became convinced that auto insurance could be sold directly at a much lower price. Armed with $100,000, the pair took on giant insurers possessing 1,000 times or more their capital. By luck, I was exposed to the company’s potential a full 70 years ago. It instantly became my first love. Berkshire eventually became the 100 percent owner of GEICO, which at 84 years of age is constantly fine-tuning – but not changing – the vision of Leo and Lillian.

Nebraska Furniture Mart’s founder, Rose Blumkin (Mrs. B), arrived in Seattle in 1915 as a Russian emigrant, unable to read or speak English. She, by 1936, had saved $2,500 with which to start a furniture store. World War II stalled her business, but Mrs. B and her son Louie worked days, nights, and weekends. By 1983, the pair had created a business worth $60 million. Mrs. B worked daily until she was 103 – a ridiculously premature retirement age. When Mrs. B’s large family gathered for holiday meals, she always asked that they sing a song before eating. Her selection never varied: Irving Berlin’s “God Bless America.”

In its brief 232 years of existence, however, there has been no incubator for unleashing human potential like America. Despite some severe interruptions, our country’s economic progress has been breathtaking. Beyond that, we retain our constitutional aspiration of becoming “a more perfect union.” Progress on that front has been slow, uneven, and often discouraging. We have, however, moved forward and will continue to do so. Our unwavering conclusion: Never bet against America.

Berkshire earned $42.5 billion in 2020 according to generally accepted accounting principles. The four components of that figure are $21.9 billion of operating earnings, $4.9 billion of realised capital gains, a $26.7 billion gain from an increase in the amount of net unrealised capital gains that exist in the stocks held, and, finally, an $11 billion loss from a write-down in the value of a few subsidiaries and affiliate businesses that we own. All items are stated on an after-tax basis.

Accepted he was wrong

One big trait of legends is that they are not afraid to call themselves wrong. Warren Buffett is one of them. In the letter to shareholders, Buffett said he was simply too optimistic about PCC’s normalised profit potential. “Last year, my miscalculation was laid bare by adverse developments throughout the aerospace industry, PCC’s most important source of customers,” he said. “I believe I was right in concluding that PCC would, over time, earn good returns on the net tangible assets deployed in its operations. I was wrong, however, in judging the average amount of future earnings and, consequently, wrong in my calculation of the proper price to pay for the business. PCC is far from my first error of that sort. But it’s a big one,” added the letter.