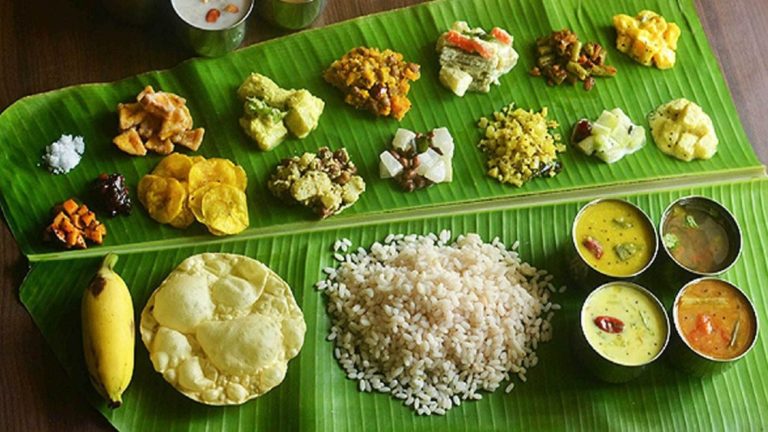 Women play multiple roles in their journey from cradle to grave. In the kitchen, they are happy and content cooks unwilling to leave the place for others. Good cooks always cook to suit the taste of those who will eat the food. They are made to believe that in every house, the kitchen is their shrine, the cook their priest, their dining room their altar, and their belly their God. They are also taught that the best way to a man’s heart is through his stomach. The Arabs have gone a step further and one of their sayings goes, “A woman first holds her husband with a pretty face, then by his tummy and lastly with the help of a sheb-sheb (a wooden slipper)”. Among the accomplishments expected of a bride-to-be, the cooking ability is highly rated.

Understanding couples discuss the dishes for lunch when they take their breakfast, and the dishes for supper when they lunch together. Husbands often remark on the success of the dish while they eat and keep their wives in good humor so that they would continue to put in their best while cooking. Yet some husbands believe that they must criticize their wives for preventing them from becoming complacent. But what can’t be achieved by criticism can be achieved by love.

There is a story of a medieval Indian king who was daily served with a roast peacock, which his affectionate harem of wives sent up whole on a large platter. Stuffed inside the peacock was a goose; inside the goose was a capon, which was in turn stuffed with a duck. The duck contained a partridge, the partridge a quail, and the quail an olive. The king would take out the olive, slowly eat it, relishing the flavours that it had acquired from its successive layers of quail, partridge, duck, capon, goose, and peacock, and send the bird back to the harem for his wives to eat. It is really a beautiful love story.

In our country, cooking is often done in a company. Grandmas, mothers, daughters, sisters, cousins, and sometimes friends too love to sit in kitchens to gossip a bit and then help each other to prepare delicacies. On special occasions like family gatherings, the hostess can count on many generous relatives and friends, who come to help prepare the food. To mark important events like weddings, religious festivals, new arrivals, ceremonial days, and even deaths too, people always turn to food. On such occasions, women prepare a particular dish or delicacy, or even a whole range of specialties. If such dishes are lacking when it is customary to include them, it is a cause for offense and gossip. And in our country criticism and disapproval are feared most.

The Tamils, like others, gave importance to food, of course, but they also told the world what is food for the stomach is also food for the mind. Right from the plantain leaf used for keeping the eatables to the final item in the feast i.e., payasam all carry the incarnation of the Almighty. The ‘aviyal’ is made up of five vegetables that symbolically represent that human beings must have control over their five senses. The ‘koottu’ represents that every day our devotion to the Almighty must increase in leaps and bounds. It also means a mass prayer.

Pickles are placed at the corner of the leaf; similarly, anger should be pushed to the last position possible. The ‘vadai’ and fried items represent that in the process of frying, there is sound and fury, and then there is silence. Similarly, before man’s union with Godman will be filled with anger and hatred, and after the union, man will become an emblem of silence.

The ‘laddu’ is made up of so many small ‘bundies’ which in turn represent that we have to spend a long period in this world and also each ‘bundi’ tastes similar. It also means all human beings are equal. The ghee adds taste and reduces the bitterness in food similarly good thoughts counteract bad thoughts and make a person good. The sambar tastes better when it is mixed with rice so too we should lead our life in a peaceful way with good thoughts.  Rice represents peace and ‘sambar’ good thoughts.

Rasam tastes hot and sour. Similarly to be with the Divine one must undergo severe hardships. Just like the ‘appalam’ that is broken to pieces, all our bad thoughts have to be destroyed. Buttermilk is sour; similarly, after attaining union with God our past life will seem sour to us. After eating all these we finally come to ‘payasam’ which represents that when a man is free from rebirth he will be in the state of bliss.