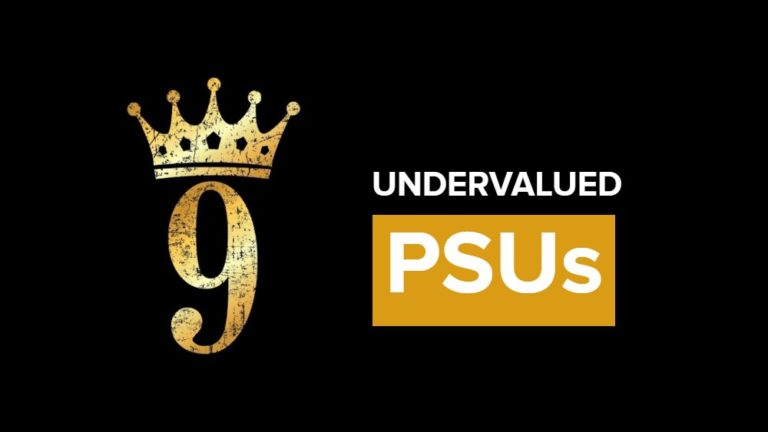 It was the British Prime Minister Margaret Thatcher who, in the late 1970s, revived the stagnant British economy with market-based reforms. Privatisation became her most important and enduring economic legacy when she oversaw the sale of many major businesses, including British Airways, British Telecom, British Steel, and British Gas. The present central government in India, from day one, has reiterated on the floor of Parliament its resolve to privatize businesses owned by it on a scale and sweep never done before. In its second tenure, the Modi government seems determined to walk the talk. What impact will it have on the companies and what the investors should do?

The year 2021 started with a great note for the stock market. The stupendous performance of the last quarter of 2020 was expected to continue even next year given the ‘V’ shape recovery witnessed by the economy. Nonetheless, for various reasons including higher valuation and second wave of coronavirus were applying brakes to the further rise of the equity indices. One theme, however, that is least impacted by such forces is Public Sector Undertakings (PSU).

From the start of this year, the PSU theme remained one of the best performing themes. The S&P BSE PSU index, which is designed to measure the performance of public sector undertakings (PSUs) and includes companies from all strata of the economy, has outperformed the BSE Sensex by a huge margin since the start of the year. It is up by 14.2 percent compared to only 2.6 percent by Sensex year till date (March 26, 2021).  BSE PSU index is up from 5843 points to 6599 this year. Sensex in the same period is up from 47869 to 49008. This PSU index comprises companies from many sectors such as Bank, Power, Energy, and logistics.

What has led to such outperformance of PSU stocks? The sudden change in heart of the investors is led by the tectonic shift in the attitude of the government towards the companies where it holds a majority stake. The central government earlier this month said it will keep a “bare minimum presence” by running companies in atomic energy, space, and defense; transport and telecommunications; power, oil, and coal; banking and financial services.

“The government is considering setting up a body of independent experts that will take over the role of privatizing state-run companies. The panel will replace bureaucrats, who currently manage privatization, as well as minority stake sales.”

The last Union Budget also unveiled the strategic sector policy which entails that the government will retain at least one PSU in the four broad sectors while the remaining ones can be privatised or merged or closed. These sectors are atomic energy, space, and defense; transport and telecommunications; power, petroleum, coal, and other minerals; banking, insurance, and financial services. In the non-strategic sector, all CPSEs will be privatised. The central government iterated on the floor of Parliament its resolve to privatize businesses owned by it on a scale and sweep never done before.

This is a stark difference from the attitude of earlier governments that used the divestment or privatization of the public sector firms to mop fund its fiscal deficit. This half-hearted attitude, though, temporarily helped the government to fill its coffers, did not yield the desired results in the long run for the companies from where it divested its stake. Well-thought-out privatisation will not only help to get more out of it for the government but also help other shareholders to generate better returns out of their investment.

The history of privatisation revolution can be traced back to Margaret Thatcher. She came to power in the late 1970’s determined to revive the stagnant British economy with market-based reforms. Her government deregulated, cut marginal tax rates, repealed exchange controls, and tamed militant labour unions. But it was privatisation that became her most important and enduring economic legacy. Thatcher popularised the word privatisation, and she oversaw the sale of many major businesses, including British Airways, British Telecom, British Steel, and British Gas.

Privatisation has had a huge effect on the global economy. It has spurred economic growth and improved living standards as privatised businesses cut costs, increased service quality, and innovated. The reforms also “massively increased the size and efficiency of the world’s capital markets”, argues William Megginson in his book, The Financial Economics of Privatisation.

India’s attempt at dismantling the PSUs over the years has seen little success, with the last big-ticket privatization taking place between 1999 and 2004. Since then, most governments have tried to disinvest and privatize. But this has led only to incremental progress, with no big-ticket privatization taking place since then. A good example is Air India, the national carrier that the Centre has repeatedly tried to privatize. However, it has met with limited success. Timely privatisation has far-reaching consequences. The government’s plan to sell a 52.98 percent stake in BPCL, which was worth about Rs 60,000 crore in November 2019, around the time the stake sale proposal was approved by the Union Cabinet. At the current market prices, the stake is worth about Rs 45,150 crore only. Looking at the commentary from both the Prime Minister and Finance Minister of India, we believe that there is a change in the attitude of the government and it can unleash a wave of privatisation of PSUs that will not only help the government but also other minor shareholders.

A good example of privatization and its effect on the enterprise is Hindustan Zinc. The Atal Bihari Vajpayee-led BJP government sold 45 percent of Hindustan Zinc for Rs769 crore in 2002. The 30 percent stake the government retained was valued at over Rs20,000 crore. The company became the world’s second-largest zinc-lead miner and one of the top 10 silver producers. Management change and privatization can thus raise shareholder’s wealth through improved efficiency.

The urgency of the government is also construed by the fact that it is considering setting up a body comprising of independent experts that will take over the role of privatizing state-run companies once the government decides to divest. The panel will replace bureaucrats, who currently manage privatization, as well as minority stake sales.

The last Union Budget unveiled the strategic sector policy which entails that the government will retain at least one PSU in the four broad sectors while the remaining ones can be privatised or merged or closed. These sectors are: atomic energy, space and defence; transport and telecommunications; power, petroleum, coal and other minerals; banking, insurance and financial services. In the non-strategic sector, all CPSEs will be privatised.

What an investor should do?

What is also helping the rise in the share price of PSU companies is their relative undervaluation. In a recent conclave, the Ace investor Rakesh Jhunjhunwala stated that he believes that public sector banks (PSBs) are “hopelessly undervalued”. Therefore, valuation is also supporting these companies. Going ahead we may see the government announcing the privatisation of different companies. There shall be a run-up within the shares during such announcement to disinvest. After the disinvest is completed, there shall be a maturity interval of a minimum of three-four years earlier than the new owners can actually turn around these corporations into more efficient ones.

As an investor one can use the strategy of either BUY ON RUMOUR AND SELL ON NEWS or if one is a long-term investor one can remain invested and wait for the improvement in the efficiency of the company and realise its full potential before selling its shares.

The IE&M Research Team has selected and prepared a list of PSUs that could be added to your portfolio. Please remember, not all are the privatisation candidate; however, there are other factors that will help them to keep the momentum.

To know the names of those 9 Gems, and about other well-researched companies subscribe Indian Economy & Market.