Transition to Online Marketplaces and Malls 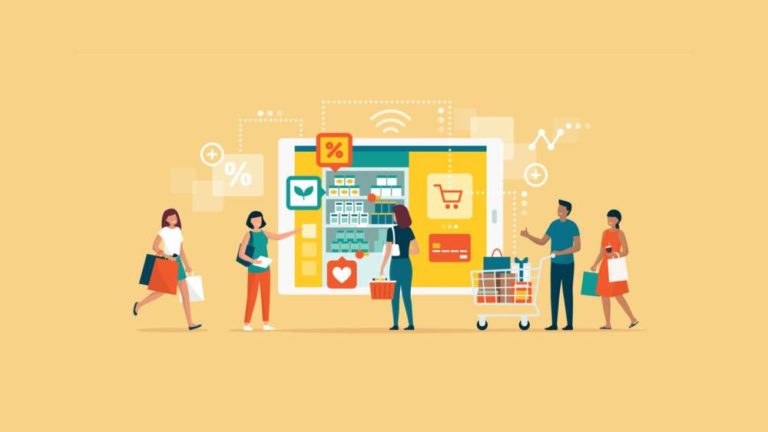 Generally, consumer habits and trends follow an evolutionary curve. But the global pandemic changed all that in one fell swoop. Consumer behaviour flipped very rapidly and shoppers shifted from offline to online purchases in a matter of weeks. The Covid19 pandemic became an inflection point as consumers suddenly experienced the safety and convenience of online shopping.

In all fairness, this transition was envisioned and already at a nascent stage. Growing access to the internet along with cheap data packages and a large and growing base of digital natives with access to cheap yet competent handheld devices all suggested the transition was in the offing. It was expected that these factors would eventually push India towards 300-350 million online shoppers by 2025 from 100-110 million in 2020, marking an increase of around 3x over 5 years.

Interestingly, this shift in consumer behaviour, helped along by the severe lockdowns, may have triggered another trend that has been equally sudden – the shift of small and medium retailers to online marketplaces.

India’s retail market, which is estimated at around $850 billion, is the fourth largest globally, though largely unorganized. Until recently, the penetration of online retail stood at a shade below 3.5%.

However, a CRISIL survey, undertaken in November 2020, which sought to explore the level of change in digital activities and access of the small businesses, owing to the COVID-19 crisis, unveiled some interesting findings. It found that smaller enterprises have shown a “big digital shift” to shore up sales in pandemic times and the adoption of digital sales channels among micro and small enterprises (MSEs) has increased significantly since the pandemic struck.

More notably, around 60% of the respondents that had adopted digital selling channels stated that it had helped them to tide over pandemic-induced stress, while the rest said it boosted sales. In general, respondents who used digital channels were more positive about their near-term business situation than those that didn’t.

Interestingly, around 29% of MSEs surveyed were already using digital sales channels, such as online aggregators or marketplaces, social media, and mobile marketing, even before the pandemic struck. However, the percentage shot up to 53% among small enterprises and 47% among micro-enterprises by November 2020. CRISIL also found that despite their limitations, micro-enterprises were not very far from small enterprises in digital adoption.

A Bain & Company report stated that online retail in India already has access to over 95% of pin-codes in India and this was likely to boost MSME sellers, even as many of them have leveraged online retail to grow their business. The resistance that was initially supported by the ‘job losses’ argument also seems to be melting away as e-retail has demonstrated its ability to create millions of jobs in logistics and delivery while easing the overhead cost pressures of mom-and-pop (Kirana) stores and several small sellers.

There is no dispute about the fact that digitalisation expands the footprint of MSEs, helping them tap newer markets and improving their access to credit. However, until the pandemic led to a mass movement of consumers to the online space, the retail universe faced a ‘chicken and egg’ situation. MSE was reluctant to go online while there was not enough demand and consumers also refrained due to the perceived paucity of variety.

The pandemic appears to have effectively changed the equation and rewired the entire ecosystem, pushing both a huge customer base and a mass of retailers towards virtual marketplaces, catalysing what would have taken years to evolve.

There is, however, one area where the online journey has unfortunately hit major roadblocks in the recent months. This is the area of online lending which had been flourishing during the first wave of the pandemic. With access to other avenues closed, the gig workers and the informal economy employees flocked to online lending platforms and borrowed for survival. While the charges of such loans, being small ticket, completely unsecured in nature, were high for customers of this segment, the alternate was local money lenders whose malpractices are legendary. Millions of new to credit and such other individuals were benefited through these loans during the time of crisis. Unfortunately, sharp practices of some of the lenders and few mischief mongers amongst the customers led to a massive Regulatory clampdown and Media criticism of this segment, leading to an almost complete shutdown of all online small ticket lending.

While checks and balances need to be introduced for structured growth of this segment, throwing the baby out with the bathwater, is definitely not desirable. The Authorities need to do whatever is necessary to support and facilitate the growth of this segment which essentially caters to a segment of the population that otherwise has no access to organised credit.