All about Beer and Sherry

A mildly alcoholic beverage, beer has a gentle sedative action, which tends to relieve the stresses of everyday existence. The most common aperitif in European countries is the 'Sherry'. A small glass of dry sherry, served cold, makes a good aperitif. Read on... 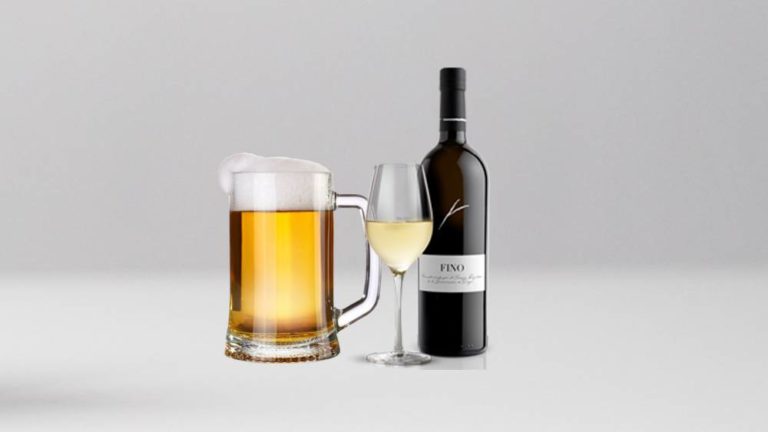 In Old England when people wish, they say: “Live with your pockets full of money and your cellar full of beer”. A 15th-century song on drinking speaks in fitting terms the glory of beer:

“Bring us no beef, for there are many bones.

But bring us good ale, for that goes down at once.

Bring us no eggs, for there are many shells.

But bring us good ale and give us nothing else.”

Beer is a healthy, wholesome drink. Five thousand years ago it was the only drink that could be consumed without any risk, for water was often contaminated. It was used in drought or desert areas and was suitable for long sea voyages, during which water became brackish and undesirable. Old records going back to the fifteenth century show that almost half of the ship’s cargoes across the North and Baltic seas consisted of barrels of beer. When Queen Elizabeth traveled across her realm a beer taster was sent ahead to check the local supply, which if proved inferior, the Queen’s own was rushed to her from London. She seemed to care for nothing but bread and beer for breakfast. Records, dating back to 1576, show that the queen drank considerable quantities. But this was in accordance with the local custom of the time, which considered beer the ideal breakfast food.

Beer is perhaps the nectar of the gods. Gambrinus, always pictured as a jolly guy, was the mythical Flemish king whom the brewers regarded as the patron of beer. It is said that Gambrinus first learned the recipe for making beer from an angel in a dream. Rameses III, Pharaoh of Egypt, once offered over twenty-five thousand gallons of beer to conciliate the gods. When the future king Frederick the Great was a boy in his teens, he served as a brewer’s apprentice for about a year; it was regarded as part of his necessary preparation before reaching the throne.

A mildly alcoholic beverage, beer has a gentle sedative action, which tends to relieve the stresses of everyday existence. Since we lead a rat race life-like existence, a glass or two of beer will often produce a feeling of well-being, of relaxation, that softens and eases the tensions of daily stress. Above all, it contains no fats at all. Physicians who prescribe beer for low-calorie dieters are on the rise because they have realized its satisfying psychological effect. It is also used as a nightcap for it produces a more restful night of sleep because of its soporific action in relaxing the nervous system.

Aperitifs are not meant for those who say: “If you are hungry, eat; if not, not.” They may not even agree with the idea of drinking something to give us an appetite. Sometimes they go to the extent of saying “do not try to stimulate an appetite unnaturally”. It is commonly believed that a sweet drink tends to satisfy the appetite while a bitter one stimulates it. In spite of the advice given by the Purists and the argument made by the Pedants, most people enjoy a drink before a meal. And this drink is known as Aperitif or appetizer.

The most common aperitif in European countries is the ‘Sherry’. Sherry is a mixture of two Spanish varieties of grapes called ‘palomino’ and ‘Pedro Ximenez’ and is produced in an area of about 15,500 hectares (60 Sq. miles) in Andalusia, in Southern Spain. No Sherry is made elsewhere, only imitations. Dry Sherry and sweet sherry are just two different wines. They start off the same, but later there comes a turning point, a crisis, in the production procedure. Dry sherry, the product of a curious and unique process, is an excellent drink for imbibing just before a meal. If slightly chilled the merrier is the aperitif.

Imitation Sherries are made in Australia, South Africa, California. Sherry experts are of the opinion that it is illegal to describe a wine from anywhere else but the prescribed area in Spain as Sherry. Marxian logic may allow labelling certain wines as Australian Sherry, Californian Sherry, and so on. These wines may be quite good too but rarely do they approach the delicate quality of a real sherry.

A small glass of dry sherry, served cold, makes a good aperitif. Its alcoholic content is less when compared to the other aperitifs and too much alcohol before starting a meal tends to dull the sensitivity of the palate. Among several other aperitifs, the most popular is Vermouth. It is taken either alone or more likely with gin. Dry vermouth and gin with an olive or a sliver of lemon peel do make a martini.

And here is a tailpiece. Shakespeare’s plays are filled with references to beer and ale; his father was an ale taster in Stratford-on-Avon.