How power can, and must, be tamed today when science, money, and politics combine to benefit few elites versus the rest of humanity. 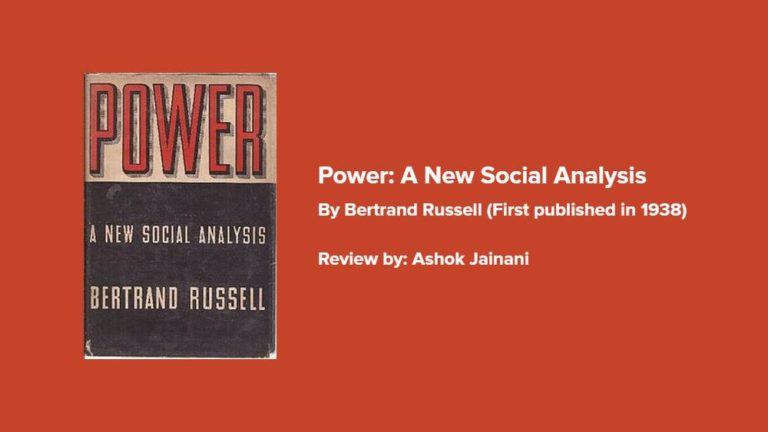 A remarkable book was written just before the start of WW II, “Power” is regarded as one of the most important of Bertrand Russell. Power is one’s ability to achieve goals. In particular, social power is power over people. Countering the totalitarian desire to dominate, the highly praised author shows how political enlightenment and human understanding can lead to peace – his book is a passionate call for independence of mind and a celebration of the instinctive joy of human life. Power is man’s ultimate goal, and in many guises, the single most important element in the development of any society.

Throughout the book, in his trademark witty style, Russell proves that the fundamental concept in social science is Power. Power has many forms, such as wealth, armaments, civil authority, and influence on opinion. Wealth may result from military power or from influence over opinion, just as either of these may result from wealth.

As a direct result of economic policies, income and wealth inequality over the last four decades has widened so much that a large proportion of the human race is obliged to work so hard in obtaining necessaries that little energy is left over for any other purposes. Their consciousness remains deeply grounded to the lowest chakra that their effort is only to satisfy four basic needs of hunger, sleep, reproduction, and self-preservation.

Outlining the impulse to Power, the author begins one of the chief emotional differences that some human desires, unlike those of animals, are essentially boundless and incapable of complete satisfaction. Imagination is the goad that forces human beings into restless exertion after their primary needs have been satisfied.

“Propaganda, if it can create an almost unanimous opinion, can generate an irresistible power; but those who have military or economic control can, if they choose, use it for the purpose of propaganda.”

“… love of power is the cause of the activities that are important in social affairs that history, whether ancient or modern, can be rightly interpreted.”

“The moral code towards enemies is a matter as to which different ages have differed greatly, largely because the profitable uses of power have differed.”

“…certain individuals have from time to time, been divinely inspired: they have known what was right or wrong because God spoke directly to them. These individuals, according to orthodox opinion, all lived a long time ago, and if a modern man professes to be one of them it is best to put him in an asylum…”

“The qualities which make a successful politician in a democracy vary according to the character of the times; they are not the same in quiet times as they are during war or revolution.”

“…opinion is omnipotent; and that all other forms of power are derived from it. … Law is impotent unless it is generally respected….it might be said that opinion is the ultimate power in social affairs.”

“It is through the potency of iteration that the holders of power acquire their capacity of influencing belief…. Lies need competition if they are to retain their vigour.”

“Monarchy makes social cohesion easy, first, because it is not so difficult to feel loyalty to an individual as to an abstraction, and secondly, because kingship, in its long history has accumulated sentiments of veneration which no new institution can inspire.” 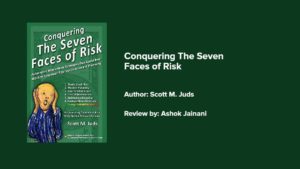