Even though the purpose to generate a sharper governing atmosphere for e-commerce firms in the interest of consumers is evident from the draft amendments to the electronic commerce rules under the Consumer Protection Act 2020, there is potential for business ambiguity and consumer inconvenience. The government missed many points while framing the new rules. 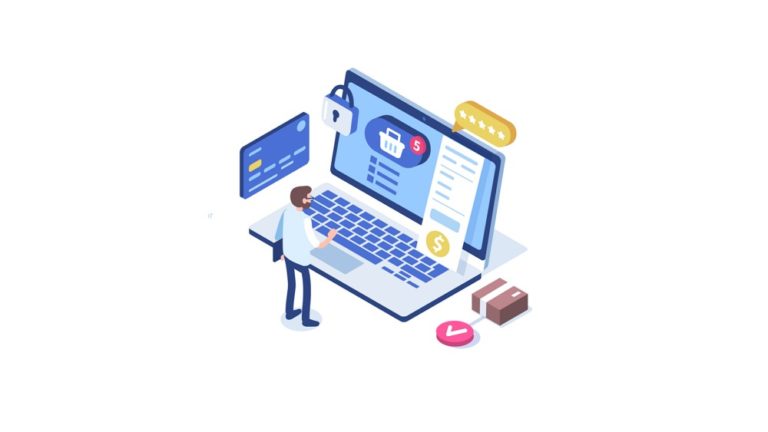 To design the strict structure under which firms function, the government has suggested changes to the electronic commerce rules under the Consumer Protection Act 2020. The amendments suitably underlined using track modifications, go beyond boosting consumer protection per se. The aim appears to be to control dominant players and the government has decided to squeeze its rule of e-commerce, taking on overseas titans such as Amazon and Flipkart-Walmart in specific, with implications for national retail majors namely Reliance. Nevertheless, numerous industry experts are of the opinion that the new e-commerce rules as announced by the government will influence a wide variety of companies, across sectors, comprising the likes of Swiggy, Zomato, BigBasket, Ola, Uber, and several others, raising their compliance burden.

The proposal takes birth at a time when big e-commerce marketplaces such as Flipkart and Amazon India are being examined by the Competition Commission of India (CCI) for suspected misuse of market supremacy and giving preferential treatment to sellers in which they hold indirect stakes. The CCI investigation also concentrates on deep-discounting exercises carried out by e-commerce marketplaces, which has led to grievances from offline vendors.

In June 2021, the Karnataka high court dismissed Flipkart and Amazon India’s appeal challenging CCI’s inquiry, stimulating the firms to appeal the order at a division bench of the court for relief. Although many new provisions are alike to what the government sought of social media companies through the Information Technology intermediary rules stated earlier this year, quite a few propositions in the e-commerce rules are targeted at rising accountabilities for online retailers for goods and services purchased on their platforms.

Primarily, the draft regulations published by the Consumer Affairs Ministry seek to clearly prohibit ‘specific flash sales’ or deep discounting by e-commerce firms. However, regular e-commerce flash sales are not forbidden. Flash sales or back-to-back sales which constrain customer preference, enhance prices, and avoid a level playing field are not permitted. Such sales, braced with discounts that contained huge losses, were regular ways implemented by e-commerce giants to fascinate consumers to their marketplace and to products and brands in which they had a unique concern.

Though prohibiting flash sales may be appropriate to a market where many e-commerce units follow this practice, it will probably hurt the inventory of those units. Moreover, as per the rules, such sales have to be organized fraudulently intercepting the ordinary course of business using technology, to enable only certain seller or sellers controlled by the e-commerce firm to carry out sales. The most troublesome parts are the nonexistence of metrics for what would comprise “fraudulent interception” and “ordinary course of business.”

The guidelines have also stated the concept of “fall-back liability”, which mentions that e-commerce entities will be held responsible in case a seller on their platform fails to supply goods or services owing to negligent behavior, which causes loss or damage to the customer. With this, customers will be able to reach out to the platform itself instead of contacting respective sellers to solve any problem.

Responding to a long-lasting demand from sellers and merchants to stop special treatment to specific platforms, the government has proposed multiple provisions whereby e-commerce firms should not mislead or misrepresent to users.

However, it is hard to identify what could be interpreted as manipulation and whether search result or index certainly misinforms a customer. In addition, ‘mis-selling’ has also been announced as a banned action, based on intentional falsification of information to the consumer. But the definition of the term ‘mis-selling’ creates an absolute pressure of compliance of a difficult to observe standard and its usage also looks contrary to the concept of ‘deliberate misrepresentation.’

The advised amendments to the rules also intend to control the usage of data obtained by e-commerce entities through their business operations. E-commerce companies will be regulated from making available to any person information relating to the consumer without specific and assenting approval. No entity shall record approval mechanically, including in the form of pre-ticked checkboxes. They should not employ information accumulated for the sale of goods carrying identification or trademark which is common with that of the market e-commerce enterprise if such systems amount to biased trade custom and imposes on the welfares of consumers.

While the intention here appears to be to safeguard the confidentiality and check prejudicial competition utilizing information gathered through e-commerce operations, the rules offer privileged access to the government to data. The rule specifies that as soon as possible, not later than seventy-two hours after receiving the order, every e-commerce entity shall offer information under its control or ownership, or support to the government organization which is legally allowed for inspective or defensive or cybersecurity happenings, for the intentions of verification of identity, or for the stoppage, uncovering, inquiry, or examination, of crimes under any law for the time being in force, or for cybersecurity events.

As in the case of the Information Technology regulations targeted at controlling social media majors such as Facebook, Twitter, and WhatsApp, as well as digital news portals like The Wire, Scroll, and Quint, the objective here is shadowing.

There is a multitude of notable obligations that are recommended for a marketplace unit. As per the rule, any online retailer will primarily have to register itself with the Department of Promotion for Industry and Internal Trade (DPIIT). The rules suggest mandating that no logistics service provider of a marketplace e-commerce entity shall offer distinguished action between sellers of a similar group.

Taking on from the DPIIT’s foreign direct investment policy for e-commerce marketplaces, parties and associated firms linked to e-commerce corporations will not be permitted to be enrolled as sellers on the respective platform. While the limitation of B2C supply is logical, there is a clear discrepancy in defining ‘related party.’ The enterprises have also to guarantee that their related parties or associated units do nothing that the enterprise itself would not be allowed to do. Probably this will have consequences on cross-border business models and accomplishment of FDI stipulations. They will have to confirm that marketplaces do not utilize any information assembled via their platforms for the unfair advantage of their own connected enterprises. For instance, Nykaa cannot use the data it gathers through its platform to supply its own products. Likewise, Amazon has a private label called ‘Solimo’ and as per the new regulations, it cannot endorse Solimo over other brands selling the same material.

The guidelines additionally mention that e-commerce firms will now have to send a notification and recommend ‘alternatives’ before products are bought by consumers to give a reasonable prospect to goods manufactured in India. They will not only have to grade goods, but also have to introduce an outline such that the grading does not differentiate against domestic goods sellers. The government decided to tighten the ‘country of origin’ standards for e-commerce players in a bid to push the sale of locally manufactured goods on their platforms. Entities argue that with such prohibitions, building a private label will be near impracticable.

As a final point, even though the purpose to generate a sharper governing atmosphere for e-commerce firms in the interest of consumers is evident from the draft amendments to the Rules, there is potential for business ambiguity and consumer inconvenience. The government missed many points while framing the new rules. It is ironic that in a year in which the e-commerce industry has been of so much use to households and generating thousands of jobs and magnetizing foreign capital, the government wants to place more disablements in its way. The draft modifications may have their heart in the accurate position, they warrant fine-tuning before implementation. Several stakeholders such as inventory and marketplace e-commerce establishments, logistics firms, and consumer bodies, communicating views with the Ministry in this respect would go a long way in this path.