Fear Fear and Fear Fears You

People will not succumb to fear and panic once they test the truth of the matter, which they rarely do. 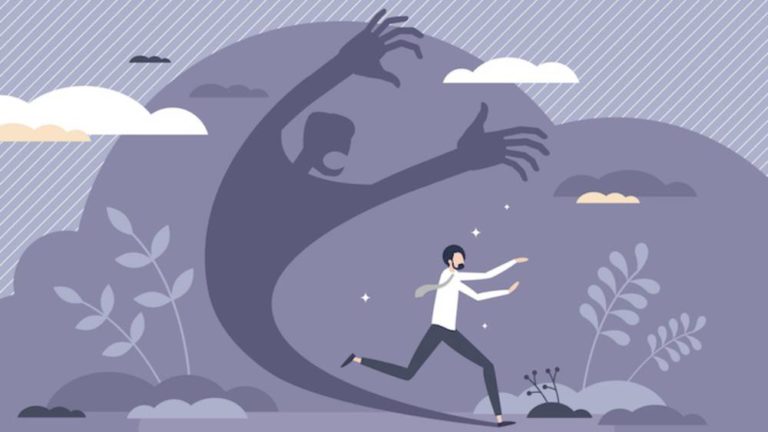 When I was quite young, my mother used to tell me ghost stories in the way such stories have to be told and kept me always on the edge of my seat, mostly her lap. While the story was in progress she now and again looked at my face through the corners of her eyes and enjoyed seeing my hair stand on end. Truly, she scared the shit out of me.

Story over, she would look at my panic-stricken face and laugh to her heart’s content. She thereby reminded me of the witch’s villainous laughter in such stories. At the end of the ghost story session, she gave me a bit of advice that I remember even today and am sure will carry to my grave. Her ever-lasting advice in Tamil, which in translation would read somewhat like this: “All of us have to die one day. Why fear death when you can’t escape from it?”

Her words of wisdom instilled in me the courage to face all the ghosts in my life. In fact, I frightened every one of them by smiling at them. I laughed at them as they took to their heels.

The greatest of all fears is the fear of the unknown and the only one unknown is death. Fear is a satanic force. Those who realize that nothing can stop death from carrying them back to that “undiscovered country” know no fear. If death is inevitable, why not lie back and enjoy it! Those who know the art of quelling fear know very well that death is a lie.

Rumour mongers have their lion’s share in creating panic among the chicken-hearted. They invariably choose those who cannot say boo to a goose and put their fear to their best use, while they cannot do that to the devil-may-care people. This reminds me of a story from the Mulla Nasruddin canon.

A fake godman passing through the Mulla’s village told an inmate that the world would end in twenty-four hours. Fear gripped the villager. He began sharing the godman’s words with others, as rumour has wings and could fly faster than sound and light. Hence, they approached the Mulla and asked what they should do next.

The Mulla laughed behind his sleeves and wanted to teach a lesson to the stupids. Hence he said: “Don’t panic. Keep calm. If you are sure that your end is near, then eat, drink and be merry for tomorrow you may die”. Accordingly, a grand feast was arranged. All birds and beasts the villagers had at their backyards were killed and roasted. They spent all their money in bringing barrels of wine into their village.

As was the custom men only participated in the feast, while their women and children remained at home, ate, and slept hugging each other. The grand gala party went on for hours and the villagers ate and swilled till they fell to the ground unconscious.

The Mulla who was with them all the time enjoyed his share of food but stayed away from the cup. The villagers were so drunk that they did not even stir in their muddy bed for hours at a stretch. They slept like the dead for almost twenty-four hours. When they woke up they found themselves naked. They looked at each other and thought that they were already in the nether world for it was already dark. But they were surprised to see the Mulla in full attire.

Unable to believe their eyes, they asked the Mulla, “Aren’t you dead?” “Why should I?” reciprocated he. “Then how is it that we are naked and you are not?” The Mulla replied, “You believed in the rumour whereas I didn’t. Now it is up to you to see the naked truth”.

Thoroughly confused, they left for their homes. Their women chided them for making a mess of their lives by believing in the words of the stupid godman. What was lost was lost forever. The Mulla once again laughed in his sleeves for he burnt all their clothes when they were not conscious of what was happening around them. He thereby drove some sense into their perturbed minds.

Readers! Read between the lines in Mulla’s story. Keep in mind that the deadliest germ is fear. Fear can kill us quicker, far quicker, than a vicious virus. Here is a tailpiece to probe into: A herb doctor who was famous for his ability and greed treated a child of a hard-to-cure disease. The child’s mother filled with gratitude presented the doctor a silk wallet that she had specially made for him. The doctor refused it saying, “I don’t accept my fee in kind.”

Humiliated and hurt, the lady asked, “How much?” The doctor said, “Two hundred”. Without a word, the lady pulled out two one hundred rupee notes, gave them to him, and left with the rest of the huge amount she had brought in the wallet to give him.

People will not succumb to fear and panic once they test the truth of the matter, which they rarely do.