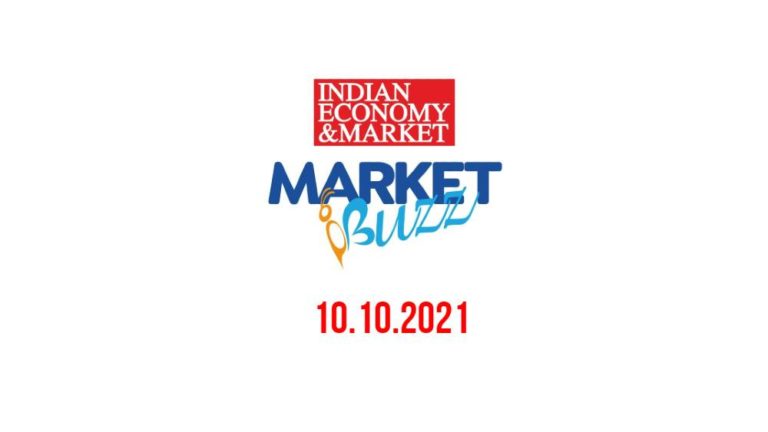 Promoters of Sterling and Wilson Solar Ltd. have cleared the entire outstanding loan. Experts feel the deck is all clear for a stake sale as part of the SP Group’s overall debt reduction plan. It was the first company from the Shapoorji Pallonji stable. The IPO came at Rs780, now available at almost half of the price. The Board Meeting to raise funds is scheduled for October 10 and the Market is rife that big industrialists and well-known PE Funds are in the fray to take over the stake in full. Theme Solar may bring rainfall to investors who accumulate at this price for the short to medium term.

Reliance Power stocks has again started to fly and this time there seem to be no boundaries. It was constantly on the buyer circuit for three days. Promoters have taken preferential and warrants at Rs10 which shows their confidence. Anyway at the present level investors have nothing to lose and only gain. Risk-takers would never get a better kill.

Ramkrishna Forgings, one of the leading suppliers of rolled, forged, and machined products, made its all-time high last Friday at Rs 1193. The company has recently signed an MOU with a US-based firm to develop Electric Vehicle Powertrain components. Quarterly results due to be announced on Monday, October 11 are expected to be very good. As EV technology is fast becoming the toast of the town, market watchers feel it could be a Portfolio Pick at any corrections.

Wockhardt may get a prestigious suitor soon as the market is agog with a piece of almost certain news that Serum institute’s Adar Poonawalla is in the race to buy around 10 percent stake for around Rs 700 crore. It means the Rs 5600 market cap company is being valued at around Rs 7000 crore. This valuation itself gives a space to rise by 25 percent and call for a Re-rating if the deal is done. Investors must keep the stock on their watch list.

Exxaro Tiles which got listed a few weeks back has the second-best margin in the sector after Kajaria, the number unno. After the IPO the company is debt-free and all the term loans are paid so more reasons to improve the margins further. The way real estate is picking up and demand increases the company is almost undervalued compared to its peers. A perfect portfolio choice.

Bank of Baroda will be the biggest beneficiary of Air India’s takeover by the Tatas as it has the highest exposure to it. PNB is at the number two and UCO Bank is the third bank with big exposure in Air India after BOB. The biggest exposure will give bigger benefits and a bigger recovery chance to BOB. Even the Technical Chart shows a breakout with big volumes. Sure to hit the three-digit numbers as the spurt will be fast when the recovery process starts.

The IPO of Home First Finance Company India came out in January at Rs 518. It caters to small and mid-size home loan takers with a focus on salaried classes. The real estate rally will give wings to the stock. With more than 12 percent FII stake it is rich on all parameters which can give a big move anytime soon.

National Peroxide, a Wadia Group company is a pioneer for Peroxygen chemicals and the biggest producer of hydrogen peroxide in the country with an installed capacity of 150,000 MTPA. The chemical sector is again on the verge of being re-rated due to changing demand and supply situation. Against a BV of Rs 1856 and equity of just Rs 5.75 crore, the company has a reserve of Rs 1061 crore. Promoters hold a 70.76 percent stake. The last two quarters’ performance was not impressive, but a substantial increase in the product price and monopoly status is ready to change the scene. It has all the essential ingredients to move towards its 52Week high of Rs 2900.

UCO Bank would be also a beneficiary of Air India’s takeover by the Tatas. In addition to it on a technical chart, the stock has been consolidating in a very small range. With the changed perception it is now ready for a breakout. Results have shown a drop in its Gross and Net NPA that again is a positive. With three aces at its sleeve investors can give it a hand for the short to medium term.

Prince Pipes & Fittings is all set to cross the four-digit barrier if a cursory look at its June quarter result is given. Numbers are too impressive to ignore with a 12.48 percent increase in its OPM and Net Profit growth of 58 percent. Dalal Path expects the present up-move will continue. A stock that needs to be watched closely.

Taj GVK Hotels & Resorts, a JV between GVK (49.47 percent) and Indian Hotels Company (25.52 percent) manages some of the best prestigious properties in the hotel sector. As the receding impact of Covid is giving the industry again an opportunity to flourish the occupancy is on the swing and the upcoming festive season will prove to be a catalyst. Indian Hotels made an all-time high recently. Taj GVK had made an all-time high at Rs 342, available at just Rs 147, and ready to cross double century can do wonders for serious investors if accumulated well.

A Banking sector analyst is bullish on the Central Bank of India which had declared successively impressive numbers in the June quarter. He feels the journey is sure to be continued on Gross as well as Net NPA front and the bank will be out of PCA sooner than later. Dalal Path walkers are ready to believe the strong rumor that the management has given a presentation to RBI. Privatization and PCA are the other two big reasons to play at the counter where there is nothing to lose.

To summarise the whispers floating on air investors can keep an eye on Subros Ltd., Gayatri Projects, MTAR Technology, KEC International, and Shilpa Medicare. Some HNI and FII desks have been very active and recommending these stocks to their big clients.

The Scoop of The Week

MAHINDRA & MAHINDRA which has made history. On October 7, the company opened its bookings for 25000 vehicles of its soon-to-be-launched XUV 700 and within 57 minutes the target was completed. Immediately after that it raised its base price in the Rs 30000-50000 range and again opened bookings for another 25000 vehicles the very next day on October 8. Believe it, in two hours the curtain was down; a history was created – in 2.57 hours 50,000 sales. Compare it to their September passenger vehicle sale which was 13,134. Auto sector watchers have a firm opinion this vehicle will be a game-changer for the company. With its all-time high of Rs. 993 and trading at Rs 877, it could be the best large-cap catch.