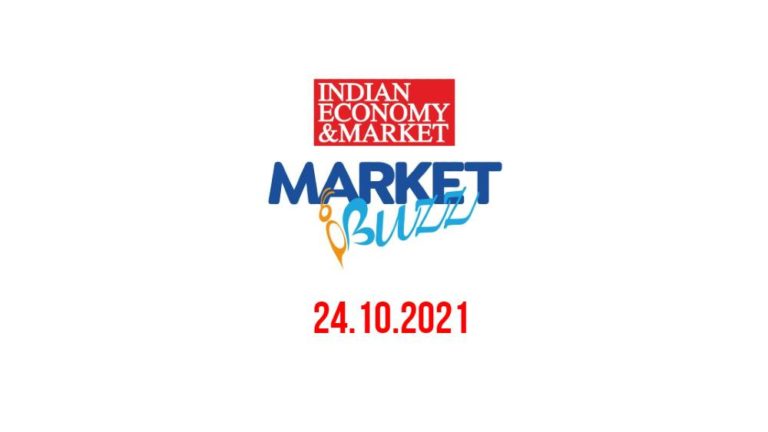 Sterlite Technologies Ltd. provides 5G-ready digital network solutions to telcos and cloud companies. It has delivered excellent results this quarter as sales increased 30 percent and profit was up by 81 percent. The company claims to have a Rs 115 billion order book; out of which 27 billion has to be executed in this FY and the rest 88 billion worth of orders would be carried forward. With a very good outlook and being a big beneficiary of the government’s broadband agenda, the stock is the best option for a big gain.

Indian Bank has the distinction of being the only regularly dividends-paying PSUs; a feat even SBI can’t claim. During these critical times also only SBI and Indian Bank have paid dividends. It’s the only PSB that has never recorded a loss on yearly basis. In FY21 posted the best-ever profit numbers; its all-time high was Rs 427, and now available at Rs 180 only. A multibagger on the way to surprise investors.

Mukesh Ambani-led group’s Network 18 is soon to be India’s most prized media company after the merger of its various entities operating separately. Its September quarter operating profit was Rs 250 crore with a market cap of Rs 8000 crore. Compare this with Zee Entertainment with an operating profit of Rs 334 crore commanding a market cap of Rs 30,000 crore. Imagine the huge upside available. An excellent long story it is the cheapest stock in the media sector.

Tilaknagar Industries had its cup full of problems in the past. However, some of its debtors have restructured their debt and others too are following suit. It is one of the biggest manufacturers of Indian Made Foreign Liquor and besides its own brand does a lot of outsourced work. As demand is rising and liquor companies are showing good numbers light risk investors can expect a turnaround at this counter.

Mahindra Holidays & Resorts India has come out with historical numbers in the September quarter with a decent jump in its operating and net profit. As revenge tourism is picking up the demand during Q3 is sure to be more and the hospitality sector has a bright future. On every dip, this stock can be accumulated as a balancing portfolio pick.

Kajaria Ceramics’ September quarter numbers are said to be the best in its history – on a TTM basis the highest ever quarterly sales, the highest ever operating & net profit. As the real estate sector is going to see its best periods the demand for tiles etc. is set to increase. Kajaria has been recording consistently uninterrupted growth and is one of the big players in the sector. Good bet in the sector it operates.

Federal Bank became a fancied stock when Rakesh Jhunjhunwala picked it. The September shareholding pattern shows that the ace investor has increased his stake from 2.78 percent in June to 3.65 percent. A good bet in small size banking space its GNPA has come down from 3.51 to 3.2 percent, net NPA from 1.28 to 1.15 percent, and net profit has zoomed from Rs 315 crore to Rs 486 crore. A must-have portfolio stock.

Jubilant Industries has attracted attention when in September quarter on TTM basis it gave the best performance in last 12 years as its profit increased 106 percent, operating profit 114 percent and net sales increased 88 percent. The flagship Company of Agri and Performance Polymers business of the Jubilant Bhartia Group, it is yet ready for a very decent move.

Shriram Transport Finance Company, which is into commercial vehicles, also prefers to provide second-hand vehicle loans. As the overall economy is coming back to the pre-Covid level the vehicle demand is fast picking up. On Weekly Chart also a technical breakout is seen and techno-funda lovers wouldn’t find a better counter with a medium-term outlook.

In the recent past, Tanla Platforms Ltd. is the best multibagger example on indices with an unbelievable journey; in March 2020 this stock was trading at Rs 30 and within almost a year and a half zoomed to Rs 1060. This cloud-based tech provider has posted respectively 44, 83, and 67 percent increase in income, operating, and net profit. Still trading at 33 PE the counter has at least 25 percent upward steam left. Good for the short term.

Gland Pharma’s September quarter results are simply superb with net profit increasing to 38 percent. This consistently performing stock can be a good pick for the portfolio but only when there is a serious correction in the market.

Kirloskar Pneumatic Company from the big and trusted group of Kirloskars has clocked 54 and 92 percent increase in its sales and net profit respectively. On a TTM basis, this is the highest ever recorded financial performance shown by the company. Available at 27 PE and listed only at BSE this company deserves a place in the portfolio as it is fully geared up to capitalize on the economic recovery happening.

On Dalal Path, people have started believing the strong rumor floating for months that the Ministry of Railways is working on the modalities to merge all its second-rung companies to create another giant like IRCTC. Even before it happens RITES is at an all-time high and calling for a re-rating soon. Don’t miss the opportunity.

Brigade Enterprises, which mainly focuses its activities in southern states, is getting a lot of attention as Bangalore real estate is on fire clocking the biggest growth compared to other metros in the country. Analysts are expecting good Q2 results. A major plus is that a big chunk holding is with institutional investors. Q2 result is going to give the counter a good move. Short-term investment is good.

In Steel Strips Wheels Ltd., which works in a unique space of manufacturing Rims, Tata Steel holds a 6.96 percent stake. As a time of Alloy Steel Rim has come and there is no dearth of demand the company recorded a huge jump in its EPS during Q2. Trading at 13 PE and the movement in auto ancillary space the second half of the FY is sure to be even better making sure the stock moves 40-50 percent up from hereon.

Can Fin Homes has posted good Q2 numbers and on a quarterly basis the GNPA came down from 0.90 to 0.78 percent whereas net NPA from 0.57 to 0.47 percent. In its Concall the management claimed disbursal in the second half would be more than the first half which was phenomenal. For a happy gain, this consistently performing counter could be a good bet.

Himadri Speciality Chemicals recently has attracted some big HNIs. Although investors don’t have very pleasant memories about this stock its time has come. It has under its belt some of the products like it is the biggest manufacturer of coal pitch and the only company producing Advanced Carbon Materials used in products like EVs. Keep watching as the risk-reward ratio is extremely favorable now.

Prestige Estates Projects has some of the prestigious big investors like the Government of Singapore leaving only 3.53 percent shares with the public. Lodhas said recently that in the 2nd half of the FY “realty space would record a never seen before the performance.” As Prestige has substantial activities in all the growing cities in the country, has reduced its debt considerably and there is no dearth of liquidity, it could be the best buy in real estate space.

Container Corporation of India has posted extraordinary financials with net profit going up a record 37 percent. The management in the last concall announced the second half of FY22 would be even better than the first half. It finds its name in the Divestment list and claims a certain re-rating. In this volatile market, it is a safe bet. Consider to play.

Delhi-based Vikas Ecotech, engaged in the business of Specialty Polymers & Specialty Additives and Chemicals for Plastics & Rubbers industries, has developed a line of new products which are direct import substitutes. This big achievement makes it a jackpot share for investors who have the patience.

Evexia Lifecare has received the much-awaited FDA nod to set up Isometamidium & API manufacturing plant. Apart from the Isometa API product, it is also planning to manufacture intermediate, mainly used for anti-diabetic and heart diseases, at the Vadodara-based plant location. With these positive developments, an excellent investment bet for the long term.

Bank of Maharashtra, which has declared fabulous financial numbers for the September quarter, as its GNPA and Net NPA numbers have come down to 5.56 and 1.73 percent respectively. Every subsequent quarter it has been drastically getting lower. On a TTM basis in the September quarter, the bank has clocked the best net profit after 12 years – never seen before March 2010. The all-time high of this privatization candidate was Rs 97 and it is trading now at Rs 22 only. Investors have nothing to lose and if one has some patience it will reward them beyond their imagination.