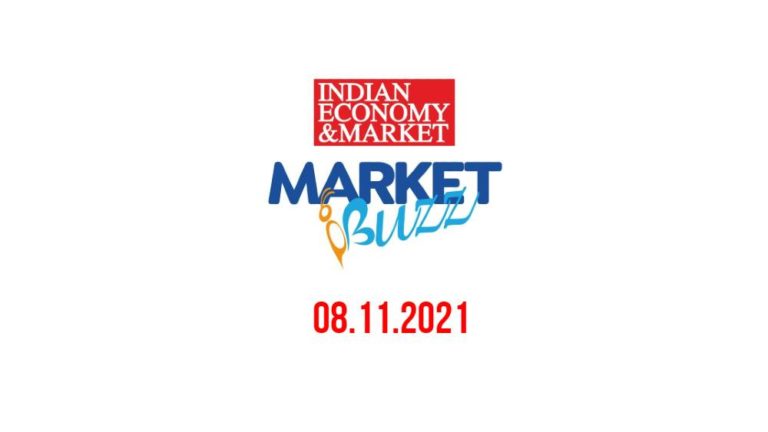 Remember Wealth Creation Report 2021 is still available at a Special Price. If not subscribed, don’t wait, subscribe and get an instant download. Wealth Creation is altogether a serious game, unlike the usual investing and trading.

Endurance Technologies is the 4th largest listed company in auto ancillary space on the basis of Marketcap, with 27 manufacturing facilities and a presence in some of the European countries. Although it’s trading at an all-time high yet with the anticipated demand scenario in the sector the counter still has a lot of steam left.

Sun TV has an IPL team and as the auction happened recently at mind-boggling prices certainly the valuation of all the existing teams to have gone up. It has also declared fabulous numbers for Q2, with an increase of 18 percent in its profit. The kind of re-rating happening in the media sector makes this counter along with Bull Run candidate which is still trading at only 14PE.

Menon Bearings, which produces bearings, bushes, and other products for the auto sector, compressors for refrigerators & air conditioners, and a single-source vendor to various global OEMs, has very strong fundamentals. Yet the stock is hovering around Rs 85. Q2 sales and net profit was up 32 and 30 percent respectively. On TTM basis this was the highest ever sales figure. In April 2015 it was trading at Rs 129, its all-time high. Now ready to fly high any time soon.

Asahi India Glass is a leading integrated glass and windows Solutions Company and a dominant player both in the automotive and the building & construction segments. On TTM basis it has declared the highest-ever performance in Q2 with sales, operating profit, and net profit zooming up by 25, 53, and 118 per cent respectively. The scrip can be added at every fall.

City Union Bank has not performed well for many quarters. Now, most of the small banks are on the recovery path and this too is in the same league. Pre-Covid it was trading at Rs 249, and is now available at Rs 174. Dalal Path has a strong buzz that some of the big boys are seriously looking at the counter. Grab it before they start accumulating.

Orient Cement is from the Birla stable selling its product with Birla A1 brand. With its huge presence in the North East where the government’s focus on infra development is high, the company has declared good Q2 numbers with sales up by 28 per cent and net profit 63 per cent up. It was a period when other cement companies recorded muted numbers. On technical charts, it has given a breakout and is ready to cross Rs 200.

Indoco Remedies has emerged as the top pick in the pharma sector recently after its operating profit margin moved up from 19 to 23 per cent. Its Q2 sales is up 18 per cent, operating profit 42 percent and net profit up by 63 per cent. On TTM basis this is the highest ever performance. Not to be missed.

Ind-Swift Laboratories’ API business was to be taken over by PI Industries but the company terminated the agreement due to non-fulfillment of the pre-agreed conditions. The deal was also not favorable to its shareholders and the stock had nosedived to Rs 55 from Rs 125. Now as the deal is not happening the counter has picked up momentum. It has also given the best Q2 performance after many years with the operating profit margin going up by 24 per cent. The counter is ready to move again in three digits.

Gati, which is now under the Allcargo Logistics management after its takeover, has been steadily attracting big fund houses. The way most logistics counters have moved up, Gati seems to be damn cheap. It has recorded Rs 42 crore profits against Rs 11 crore loss in the corresponding quarter in Q2. The ace investor Porinju Veliyath’s EQ India Fund has a 1.02 per cent stake in the counter. It is ready for a re-rating with these developments.

Mrs Bectors Food Specialties’ IPO in December 2020 came at Rs 288 but made a high of Rs 624 on a listing day. Now it’s trading at a good valuation. As premium bakery product demand is high due to the festive season this year, at this price it is good for long-term investment.

Superhouse Limited is into leather and textile products and is considered to be the biggest in third-party job work, servicing the world’s some of the top brands with huge export. Trading around Rs 180 at just 5PE its book value is Rs 345 and on TTM basis it has recorded the biggest profit after 2015. In this overheated market, the counter is available at a cheap valuation with no downside fear.

Cochin Shipyards is underperforming since 2-3 years. Focused on shipbuilding and repair it was trading around Rs 600 when it was listed. Available at half the price, this defense PSU is trading at 8PE now. It is a very good dividend payer company and last year paid a dividend of Rs 15.50 per share. On November 11 the company will declare its Q2 result and first interim dividend. The result is expected to be good and with no downside possibility, the counter can reach Rs 500 soon.

Prestige Estates Projects should be added at every fall if one wants to keep a real estate company in the portfolio. The sector is having one-way rallies for some time. Active in metros where the demand is increasing this fundamentally strong company is sure to be a leader. The reduced interest rates to stay for long, the demand in the sector will remain for some time. By next Diwali, investors are projecting at least 45 per cent upside in this scrip.

Tata Motors has surprisingly recorded the highest growth in domestic markets leaving its competitors far behind. Its product portfolio is huge catering to all the segments and despite Covid, it has recorded month on month very good growth. This scrip must be bought at every fall because its market share is steadily increasing compared to its peers. It is being considered a multi-bagger stock in Samvat 2078 by big names in the investing community.

Bella Casa Fashion & Retail declared Q2 sales Rs 68.33 crore against Rs 23.10 crore and Net profit Rs 5.86 crore against Rs 1.08 crore in the corresponding quarter of the previous year taking its EPS to Rs 5.11 from Rs 0.94. Its long-term investors’ belief in the management’s capabilities is high. The company has entered into various licensing arrangements with well-known brands. In FY22 the management is hoping to clock around Rs 250 crore turnover and right now every day it is dispatching Rs one crore worth of goods. A very safe bet, with 55-65 per cent upside in the next quarter itself.

Delta Corp, which seems to be the big beneficiary of revenge entertainment as people are flocking to enjoy the services offered by the company. Analysts are in unison that the company will declare the highest ever best performance in Q3. Since the counter is still available at an attractive valuation it may give 25-30 percent returns even before the Q3 result declaration.