It was for the first time, around 6 years ago, that the United Nations comprehensively collated 17 SDGs, which broadly included themes like economic inclusion, protection of natural resources, ensuring geopolitical stability, empowerment of women, and reversing climate change. These goals were not just well defined but had clear agendas too, which the participating countries pledged to achieve by 2030. 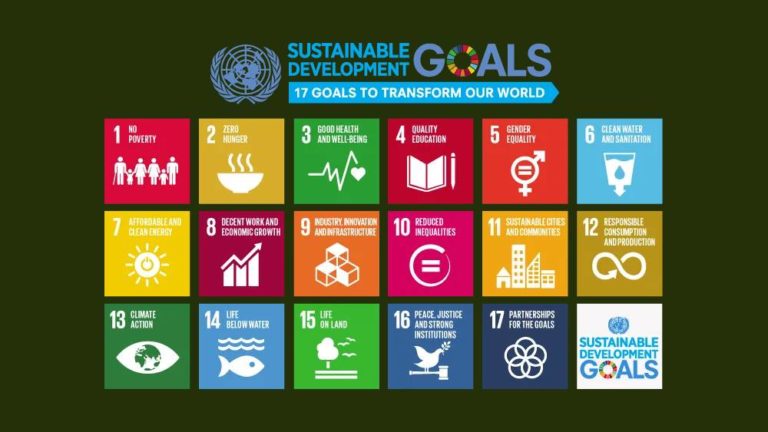 Gone are the days when macro-socio-politico-economic goals were in conflict with or at best irrelevant for business goals. In those murky days, companies from chemical, cement, petrochemical, and various other industries sought ways to cover up levels of air and water pollution; high-stress professions like advertising, legal, finance, and the like, may have tried to sweep misbehavior at the workplace under the rug; most companies thrived on the exploitation of employees, especially blue-collar workforces; women faced glass ceilings and inequalities at the workplace and the list goes on. But that’s all changing, partly due to regulation but more due to the simple truth that aspiring for Sustainable Development Goals (SDGs) is no longer a matter of ‘good to do’ but ‘must follow for long term survival’.

It was for the first time, around 6 years ago, that the United Nations comprehensively collated 17 SDGs, which broadly included themes like economic inclusion, protection of natural resources, ensuring geopolitical stability, empowerment of women, and reversing climate change. These goals were not just well defined but had clear agendas too, which the participating countries pledged to achieve by 2030.

There is nothing unusual about the fact that inputs for these agendas came from business, academia, and non-profit organizations globally. That’s typically how UN committees work. But what is remarkable is that a closer analysis shows that broadly adopting these goals, to whatever extent possible, could help both large and small businesses attain micro-level growth and sustainability.

In the fast-paced and competitive world of business, companies typically experience constraints to growth due to scarce natural resources, weak financial markets, limited local buying power, and a lack of qualified talent. There is a clear business case for companies to harness the SDGs to create opportunities that address these challenges across four key themes: growth, risk, capital, and purpose. As businesses, we may intuitively recognize some of these goals good health and wellbeing of employees as obvious triggers for better productivity. We have also seen other goals, like ensuring gender equality, have begun to translate into better business outcomes for more evolved companies that have adopted them.

Looking further, there have been numerous successful companies, which for decades now have created sustainable cities and communities in the vicinity of their factories. They have implemented this SDG to foster a more conducive work environment in regions that are relatively underdeveloped but hold business advantages. So, for instance, cement, steel, and port infrastructure companies, amongst many others, have developed miniature cities around their core business locations to attract and retain talent and ensure business continuity. In more recent times, the campuses of IT companies have been likened to model mini-cities too. Such companies are true-life examples of how adopting SDGs has actually translated into long-term micro-level benefits and actually resulted in business moats.

There are other goals, like investment in industry, innovation, and infrastructure, which any far-sighted corporate accepts as a part of business development and de-risking expenses. And, more socially learning goals – quality education and affordable clean energy – are also rapidly gaining relevance in boardroom discussions for many genres of business as they deliver future talent and a more reliable source of raw material inputs.

We have seen companies that are dependent on certain kinds of human intellectual capital, like electrical and mechanical engineering firms, setting up ‘learn and earn’ internship programs or contributing knowledge resources to academic institutions. Even software and hospitality thought leaders are known for their inputs to quality education in domains of their core expertise.

Companies in the logistics sector will vouch for the fact that climate action along with geopolitical stability and partnerships for goals can go a long way towards facilitating their principal businesses. Then there are goals such as no poverty, zero hunger, and reduced inequalities which seem rather socialistic on the face of it. However, companies with an enlightened perspective can see how these are very relevant for business growth as they directly translate into an expansion of markets, which itself is a prerequisite for growth.

In a nutshell, these goals have received support and attention at an international level since 2015. However, there are numerous instances from the past, even before they were officially recognized, where corporates have built long-standing empires by implicitly adopting them.

From here on, the magic of synergy could kick in once corporates and nations realize that adopting them could drive individual businesses, nations, and even the global economy to unimaginably higher growth equilibrium.