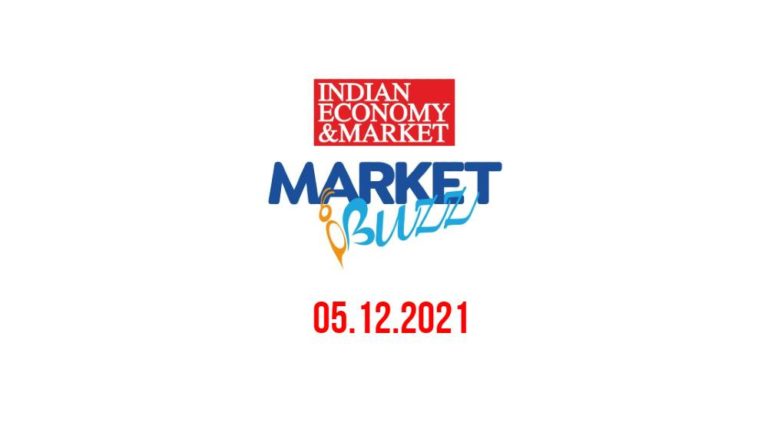 Vodafone Idea was the toast of the Dalal Path on last Friday, with strong buzz that Radhakishan Damani is buying in huge quantities. It was almost confirmed with the huge volume and big momentum at the counter since last 3-4 days. Another unconfirmed news is that very soon a big investor is coming to rescue the company. After June 2019 the stock first time closed above Rs14 breaking two and half-year’s consolidation. It has also increased tariffs and ready for a rerating. Counter can show 30-40 per cent up move with such happenings.

Aro Granite Industries, on TTM basis has recorded the best operating profit after March 2014. Two big expansions are going on and their completion will prove a catalyst taking it to triple century. Compared it to Pokarna available at Rs 624 and 47PE this stock is available at just 10PE trading at Rs76.

NMDC has been an underperformer last 6 months now trading 30 per cent below its 52W high. On TTM basis its operating profit is Rs14,295 crore and net profit Rs10,506 crore, which is highest in its history. In 2010, when its profit was Rs 3447 crore it was trading at Rs 570 and now at Rs 10506 crore profit it is trading at Rs 145 available at just 4PE. Three days back it has announced Rs 9.01 interim dividend and smart investors can take a chance to gain 6.2 per cent dividend yield since ex-date is December 14. A hundred per cent risk free buy.

Lemon Tree and other hotel stocks felt the heat of COVID-19’s new variant Omicron. However, as media reports suggest India is not at risk, and domestic travel is not affected. With 87 hotels and 8497 rooms Lemon Tree is the largest hotel chain in mid-price segment and third in overall space. If all goes well December quarter results will be good and 20-30 per cent up move is certain. Anyway a rerating will surely happen in hotel industry after the Omicron vanishes.

HCC is in news and for good reasons. After its peak Rs 11,880 crore debt in 2015 the company has gradually reduced it to Rs 2675 crore in September this year. Secondly, from last four quarters its operating and net profit is consistently growing at good pace. It is still advised for high risk investors but the Dalal Path watchers are confident about its bright future and hoping to make good return in medium term.

Network 18, we said a few issues back, may become most prized media company after the merger of its various entities. The buzz is Zee Entertainment’s Punit Goenka is in Los Angeles to meet Sony officials and the merger may come through in this month itself giving huge spike to the stock. With operating profit of Rs 404 crore it is commanding a market cap of Rs 33,600 crore. Compared to this Network 18 is dirt cheap with its September quarter operating profit of Rs 250 crore and market cap of Rs 7800 crore (before merger). In ZEE-Sony’ reflected glory the stock will certainly go higher.

Heranba Industries is one of the leading agrochemical players. In last 6 months (2 Qtrs) its sales, operating profit and net profit were up by 14, 27 and 40 per cent respectively. After its listing on bourses it had made a high of Rs 945 and at present down 27 per cent from that level. A huge expansion is in progress and the management has given a big guidance. Compared to peers it is trading at the lowest PE of 15 and its ROCE is best in industry. In September quarter it has recorded the highest growth compared to its peers. Watch, as it is a portfolio category stock.

Sterlite Technologies Ltd. provides 5G ready digital network solutions to telcos and cloud companies and delivered excellent results in 2nd quarter as sales and profit were up 30 and 81 per cent respectively. The company claims to have Rs 115 billion order book. Mukesh Ambani last week said that 5G in India will be launched next year so the stock will be in fancy which make it best option for a big gain.

Jindal Poly Films, a part of B.C. Jindal group, is involved in diverse businesses including Polyester & Polypropylene films, Power generation, Cold Rolled Steel Strips, Galvanized Sheets, etc. It is the largest manufacturer of BOPP Films in country and a sector leader. In the last 6 months (2 Qtrs) its sales and net profit were up by 50 and 29 per cent respectively. On TTM basis, the EPS comes 205.56 and profit Rs 900 crore which is highest in its history. Against all this the stock made a new high last Friday, and trading at 5.6PE. It is going towards hitting Rs 1500 mark.

NRB Bearing claims that today over 90 per cent of vehicles on Indian roads run on NRB parts. In the last 6 months (2 Qtrs) its sales and operating profit were up by 76 and 429 per cent respectively. Against Rs 3 crore losses in the corresponding H1 the company has recorded PAT of Rs 40 crore this time. The stock is getting benefit of the auto sector revival. Chips issue is almost over and a new window opening in EVs the future seems good. Ready to go in for a double century the stock is available at cheapest valuation compared to its peers.

Reliance Industrial Infrastructure has given a fantastic breakout on the Technical Charts recently indicating some big development is brewing behind the doors. In a rally it can surely give 15-20 per cent return.

GMR Infrastructure has a NCLT hearing on December 7 and the promoters are planning to separate its Airport division from other businesses. If they are able to secure permission, a sure rerating will happen. The stock has already given a multiyear breakout 3 months back and the new development, if it happens, will take it to a century mark in no time.

Onward Technologies is a small size tech company providing Engineering Services and the Digital Transformation suite, data analytics, data science, AI and ML. Its Q2 sales, operating profit and net profit were up by 21, 28 and 130 per cent respectively, and in the H1 net profit was up by whooping 449 per cent. As the performance is gradually improving the price action is set to be soon. News on Dalal Path is that HNIs are active at the counter and it can double in medium to long term.

EXXARO TILES, with its 2 plants having a capacity of 13.20 msm and presence in 24 States, is one of the fastest growing vitrified tiles company. In the last 6 months (2 Qtrs) its sales and net profit were up by 59 and 29 per cent respectively. Its IPO came just 3 months back and the smart management repaid all its long term debt immediately. So all the debt servicing outgoings will shift to its profit. Quant Smallcap Fund holds 4.86 per cent and FIIs hold 4.33 per cent stakes. Real estate sector is on a fast growing pace so the tiles companies have a bright future. At this level Exxaro is a better investment option. The moment market sentiments changes, stock will be in double century.