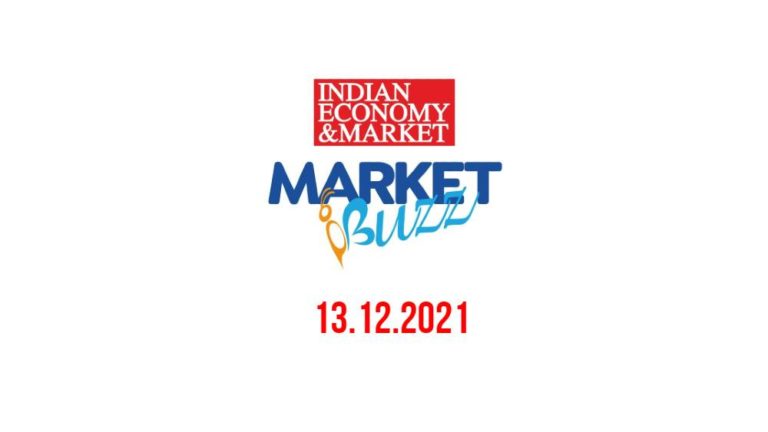 Yes Bank stock attracted huge attention last week with good volume. Ratings agency Moody’s has upgraded its rating and changed the outlook to positive from stable. Another positive comes from RCap and Vodafone Idea – one has gone to NCLT and second showing better performance, giving indication of good recovery from both. The bank is now also focusing on retail lending. It seems all is well and it can double in a year from this level. Investors have nothing to lose as probably no downside can happen.

GTPL Hathway is the 2nd largest Multi-Service Operator engaged in cable TV distribution and high-speed broadband service distribution across 15 states. On TTM basis its sales, operating and net profit is at highest ever level, with ROCE 32 and ROE 22 percent. In FY21 it gave a dividend of 40 per cent. As the media stocks are showing good momentum this counter, with Mukesh Ambani led Reliance group having major stake, can give huge returns.

Granules India, discussed in issue dated November 20 when it was trading at Rs 305, has given 13 per cent return now available at Rs 345. As we said earlier, from Q4 demand will come back and those, who bought after we discussed it, should remain invested but those who missed should buy between Rs 335-325. The stock has come out of its one and half year consolidation period now entering into a new uptrend cycle. Very good for medium to long term.

Indiabulls Real Estate is emerging a good bet as KG Krishnamurthy, former MD & CEO of HDFC Property Venture will take over as chairman on February 2, 2022. After its merger Embassy group and Blackstone will be the new promoters. Ace investor Rakesh Jhunjhunwals holds 50 lakh shares of the company having 1.1 per cent stake. It is still available at reasonable valuation with so many positive happenings.

CCL Products India has a global client repertoire in over 90 countries and the largest instant coffee exporter and private label manufacturer across the globe. With manufacturing plants in Andhra Pradesh and Vietnam its ROCE and ROE is better than Tata Coffee. As Coffee prices across the globe have increased tremendously during 6 months its impact will be visible in next quarter numbers and the stock may go beyond Rs 500 level.

IDBI Bank has performed really well after LIC’s entry which has virtually turned around it. From a loss of Rs 44,560 crore, accumulated between 2016 to 2020, now the financials are in much better shape. On TTM basis it has clocked a profit of Rs 2209 crore which is highest in last 12 years. Gross NPA reduced from 30 to 21 per cent and Net NPA from 14-15 to only 1.62 per cent. Now either it will go in private hands or government will reduce its stake from 45.48 per cent or LIC will do the same which holds 49.24 per cent or both will do the same. In all the probabilities a re-rating is confirmed. Considering these possibilities 30-40 per cent return in a year is certain from this counter.

APL Apollo Tubes which was trading at Rs 103 in March this year has given 10X return trading around Rs1000. With 16 patents, 10 plants and capacity to produce 2.6 Million Tonnes per annum, it is the largest producer of Structural Steel Tubes with 800 distributors in 29 cities as well as 20 countries worldwide. In last 6 months its sales, operating profit and net profit were up by 70, 99 and 156 per cent respectively. The kind of demand is seen in the space the counter has still a lot of potentials.

ABB India, the MNC, is trading at an all-time high and recently recorded on weekly basis highest ever closing. Whenever economy moves capital goods sector also moves in the same speed. The company, after December 2018 has recorded highest ever operating profit in September quarter. With a technical breakout and growth visibility investors can pick up on each fall in staggered manner.

Pricol Limited was trading at Rs 122 in 2018 and closed on weekly basis last week at Rs 126. On technical chart the stock has given breakout of a perfect rounding bottom formation. This auto ancillary company manufactures more than 2000 products and exports to 45 countries. It has given a technical breakout and since the company has entered into EV space creating another source of revenue, it can easily cross Rs150 any time soon.

ISGEC Heavy Engineering Ltd. is a multi-product, multi-location providing engineering solutions to customers around the world for the past 88 years. Sometime back it made a high of Rs 877 but now trading below 33 per cent from that level as the first half of current FY the performance suffered due to some reason. Now the downside is limited and with such diversified product portfolio and increasing demand the stock will certainly soon regain past glory.

Kolte Patil Developers, with dominant presence in Pune, and growing presence in Mumbai and Bengaluru – all 3 cities are attracting huge demand. It has developed over 50 projects covering a saleable area of 20 million square feet. In September quarter sales were up by 370 per cent, Operating Profit was Rs 53 crore against Rs 10 crore loss and Net Profit Rs 18 crore against Rs 22 crore loss in the corresponding period. With the ongoing projects company is expecting to earn Rs 5000 crore revenue. Since a big investor was exiting there was not much momentum last few days, in the meantime Mutual Funds have increased stake to 2.53 per cent. This best bet in realty space, available at good valuation, is heading towards Rs 500.