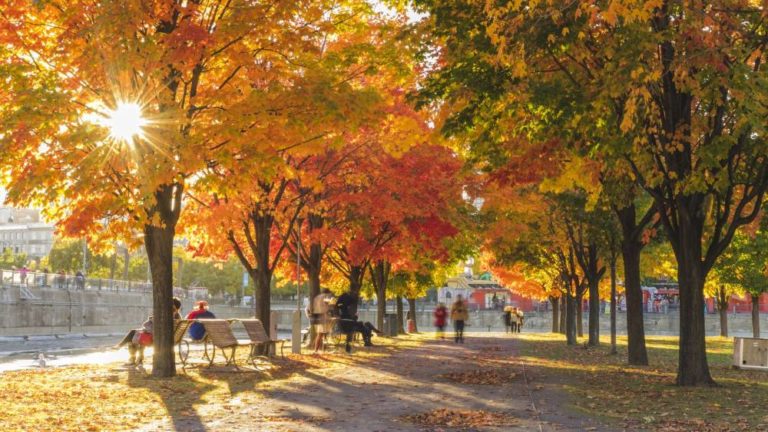 Autumn is a glorious season in New York City. College students return from around the globe to study at our many colleges and universities. Art galleries, now popping up and spread across neighborhoods across the five boroughs, mount exhibitions that are curated to attract attention. The ballet and opera seasons, much anticipated, open with sparkling galas at Lincoln Center. Men dressed in black tie and women in luxurious gowns, coiffed hair and sporting sparkling jewels, sip champagne in chilled glasses. They probably feel as Dom Pérignon, the Benedictine monk who lived in an abbey in France’s Champagne region and is quoted as saying, in what is certainly a fictional narrative, “Come quickly, I am drinking the stars.”

On a clear night, with lights beaming from the buildings that make up the Lincoln Center performing arts complex and the fountain in the center of the plaza spewing water high into the black night sky, there is a sense of enchantment in the air.

Performing arts venues have, of course, been closed since March 2020 and everyone is welcoming this season with caution, concerned about the Delta variant and vaccine break through cases of COVID-19, and yet anxious to attend performances in person. Anxious to be together again.

The Metropolitan Museum of Art celebrates this season with the opening of an exhibition in the Anna Wintour Costume Center entitled:  In America: A Lexicon of Fashion, the first of a two-part exploration of fashion in the United States.

The exhibition is organized as a patchwork quilt and opens with a signature quilt begun in 1856 from the Met’s American Wing collection, with the guilt serving as a metaphor for the United States and its varied cultural identities. There are approximately “one hundred men’s and women’s ensembles by a diverse range of designers from the 1940s to the present that are featured. The sections of the exhibit are described defining emotional qualities: Nostalgia, Belonging, Delight, Joy, Wonder, Affinity, Confidence, Strength, Desire, Assurance, Comfort, and Consciousness.”

Like the period at the end of a sentence Labor Day, the national holiday, marks the end of summer. The holiday was late this year and shortly after the holiday weekend we were commemorating the twentieth anniversary of the attack on the World Trade Center.

Solemn memorials were held in Shanksville, Pennsylvania, where the Flight 93 headed for the Capitol crashed into an empty field, at the Pentagon in Washington DC and at Ground Zero in Manhattan.

This year it was once again a beautiful day. Not the cloudless day of twenty years ago, yet a day when people were walking and biking in the parks, going to the market, shopping on Fifth and Madison Avenues, eating ice cream cones, going here and there, delivering children to school, rushing to the office or an early breakfast meeting. What one does on an ordinary day. There is not one New Yorker who cannot remember exactly where they were, what they were doing, who they were with, how they felt at 8:46 a.m. when the first plane hit the World Trade Center.

It was a rogue plane. The pilot of a small craft that lost control. Then the second tower was hit.

A plane went down in a field in Pennsylvania. The Pentagon was attacked. Americans watched in a state of suspended disbelief. This could never happen here.

At the end of September one of the musicals that re-opened on Broadway was “Come from Away,” written by Canadians Irene Sankoff and David Hein and directed by Christopher Ashley. When it opened on Broadway in March 2017, I was fortunate to be given a preview ticket. At the time I knew little, if anything, about the musical, only that it had something to do with 9/11. My recollection of that evening is vivid. When the curtain came down the audience, standing at their seats, burst into loud applause and cheering. The sense of joy and lightness was palpable.

At exactly 9:26 am on the morning of September 11, 2001, after the attacks on the World Trade Center and the Pentagon in Washington, the United States Federal Aviation Administration closed U.S. airspace. Approximately 4,000 flights had to be diverted. Thirty-eight civilian and four military planes were asked to land in Gander, Newfoundland. The 6,600 passengers and crew members who filled those planes, from airlines including Olympic Airways, Air France, Lufthansa, British Airways, Alitalia and more, found themselves in a small 40 square mile community for up to six days, until the planes were cleared to take off.

It no longer mattered if you were traveling First Class or were seated in the last row next to the bathrooms in the rear of the plane. Everything was equalized. There were no hotels to book or large convention centers to reconfigure, it was a matter of everyone coming together to figure out how to provide food, water, and places to sleep. Of course, not one of these people knew exactly what had happened, what was going to happen next, how they were going to reach their destinations or when they might return to their homes. “Come from Away” shares the stories of those who landed in Gander.

I have been reflecting on the play as it is a reminder of how air travel has changed our lives and our ability to move around and how much our cultures are intermingled. The possibility that we could work together to solve the myriad of problems we face as citizens on the planet.

The St. Louis Repertory Company, opening its fall season, featured a musical performance, “Dreaming Zenzile.” The play reflects on the life and work of the South African jazz singer Miriam Makeba. It was written by Somi Kakoma, who stars in the role of “Mama Africa?” I flew to St. Louis on a Saturday morning, to attend a late Saturday afternoon matinee. Natalie Masilo, a young jazz musician, was one of the performers and I had been in conversation with her on my Short Fuse Podcast.

In reviewing archived interviews and recorded concerts by Ms. Makeba, I had forgotten what an impact her voice and her performance, even her life story had. She was exiled from South Africa, her beloved home, because the South African government during apartheid saw her success as a threat.

Reflecting on Miriam Makeba’s life reminded me that as much as the autumn season is the beginning of a busy social season for many New Yorkers, it is also a time when the nights are cooler, and the days are shorter. For the thousands of people facing food insecurity or who are homeless living on the street, life becomes even more difficult. The pandemic has raised the awareness of more Americans of what must be done to create a place that is a home for everyone providing the basic human rights of housing, food, and health. Robert Frost, the beloved American poet wrote The Death of the Hired Man:

“…home is a place where, when you must go there,

We celebrate the literature, dance, film, music and all the arts as the creators, as the visionaries, the artists through their work and their lens help us to understand what is important.

The leaves in Central Park are just beginning to change color. Soon, falling leaves will drift by my window.