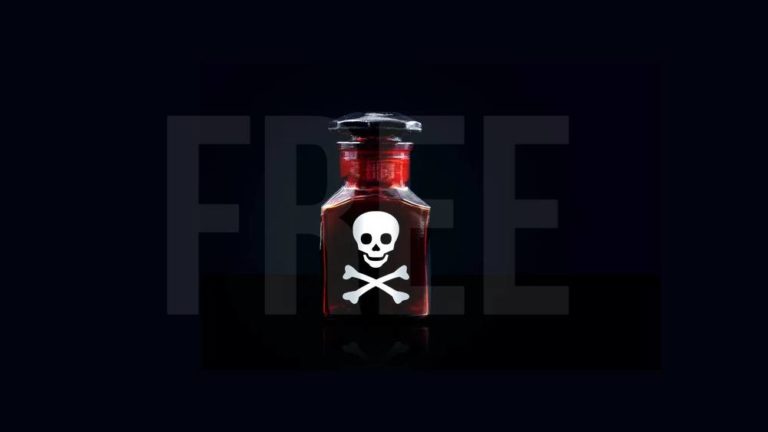 Nothing is free in this world. It’s known and understood by all. But many fall prey to it because of the packaging, seductive models promoting it; and sometimes respectable people honking it on loudspeakers and television. Ordinary morons fall prey to it because they suffer from a sort of acromegaly disease urging them to for instant gratification. They value current gratification much more than the costs payable in future by them and the generations that follow.

Acromegaly, a rare disease biblical giant Goliath suffered from, makes objects and things appear much bigger when they are nearer; but are not visible at all when these are beyond a certain threshold. The disease causes abnormal growth of limbs (hands and feet) but severally blurs the victim’s vision making him vulnerable to small tiny attacks from a little distance.

“Free” can only be poison that politicians are very clever in packaging as such. Prominent educated Delhi politician Arvind Kejriwal promised free Bipa – bijli aur paani (electricity and water) if he/his party is voted to power. The party headed by him also assured free rides to women passengers in Delhi state transport buses.

This man is now promising free cash grant of Rs 1,000/- per month to every adult (18+) woman in the state of Punjab going to polls shortly. His political party/patrons have erected huge hoardings announcing that. This one expenditure item alone could be more than the state’s annual tax collections. What about the rest, management of other services and development works. No one is asking how and who will pay the astronomical sum. Because most are happy since every household could get a few thousand rupees. They don’t know that government doesn’t get money from trees that grow on their own. Someone must work to earn much more to pay taxes.

Kejriwal could win the Punjab state assembly polls, as he won the Delhi polls in the past promising such gimmicks, if the voters see gigantic benefit in this monthly cash payouts without considering the cost of such helicopter money. Patient suffering from acromegaly sees as gigantic any object brought within his short circle of vision. Anything on the edge of his circle of vision, or a little distant away, is not visible at all. And that’s what makes them vulnerable to cobra effect of such political poison distributed as free-this, free-that so common for Indian voters. Foolish voters attach too much importance to a bottle of desi country liquor which can quench their thirst only for a few days. In fact, tragically, it’s the voters who give away free their freedom to choose the political leader for the next five years. They’re willing to pay very dearly in future the cost of their current decision to fall for a bottle today.

Whatever is free is squandered. When water is free, it’s wasted. When electricity is free, there’s no motivation to use it wisely. The same holds true for money. If money is free in the hands of politicians/bankers, there is no motivation to invest it wisely. Money that can be borrowed for next to nothing or borrowed by governments in virtually unlimited quantity is essentially “free”. Someday the time comes to pay up that debt.

The parasitic population seeking universal basic income, free-this free-that can only produce zombies that George Orwell described as “proles” in his prophecy “the Nineteen Eighty Four.” Short-sighted citizens think they are entitled to the freebies every now and then; and can extract ever more concessions through popular voice. On the other hand, governments around the world have no compunction about conspiring against their citizens. The governments will invent ingenious ways to fund those free-schemes for the parasites.

The complex global financial system and the evolving zombies culture is not understood by pursuing old socio-economic theoretical thinking. Complexity theory makes a mockery of the plans. The most likely path is the one that no one sees. The only possible outcome of a system lacking any discipline is self-destruction. On the road to ruin, no one shall complain if they’re poisoned.

Every time the elections come anywhere, the democracy is killed by such leeches because every such vote surrendered today negates the thoughtful vote cast by mindful souls to build a better society.