“A disobedient son is to be stoned to death,” says ‘The Mosaic Code’ (c. 1000 B.C.). So was the woman of easy virtue. Not only people were stoned; an ox that had killed a man experienced the same fate. 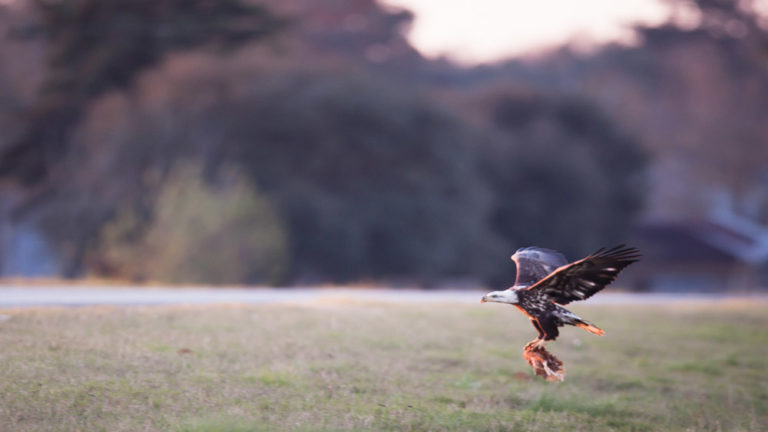 The other day I had a lesson from a hen in my little garden. It was pecking at the leafy vegetables with its brood of chicks. Chancing on a silent eagle hovering in the sky it clucked thrice and the cheeping ones rushed to their mother. One useless chick did not heed to its mother’s call. The distant eagle made a dazzling swoop and carried away the wayward chick.

The chick found its grave in the eagle’s stomach. Who punished the chick for its sin of disobedience? Was it the hungry eagle? Was it the angry hen?  The punishment did not come from neither of them but from the nature of the chick’s act. The will of God, say the believers. The law of Nature, say the non-believers. Both are right. No sin should go unpunished. It was a lesson to the chick, though a bit late. It was a lesson to me not too late. I realized that he who refused to accept parental authority was allowed to find out what was in store for him without his parent’s protection. Young animals must obey their parents. Obey and be safe, said the somebody in me, who I would like to call my friend, philosopher and guide.

Ernest Thompson Seton in his admirable book ‘The Ten Commandments in the Animal World’ speaks of the law abiding beautiful people. “Some species have higher standards than do humans,” he says and goes on to support his views. Few animals will commit murder by killing a member of their own species. Many of the larger animals are, of course, polygamous but none is promiscuous and strictly observes the law against adultery. A fox will mate with only one vixen. A male wolf deserts its female when she is suckling, the only help that he could render to the survival of the litter. Among wild geese, if one of the pair dies the other strictly observes celibacy. Animals recognize the law against stealing. No squirrel will eat from another squirrel’s store of nuts. Perhaps it considers that act as below its dignity once it understands that the nuts are the fruit of somebody’s labour. Thanks to its olfactory senses. This is the law of Nature.

In stray cases, deliberate punishments are given for offenses among the more intelligent animals. The best example is the bear. If her cub disobeys her, she would spank it as would a human mother. Once a cub, reported a zookeeper, insisted on leaving the den to follow the mother when she went in search of food, a fatal act in the wild. “The first time, she drove it gently back but on the second attempt she cuffed it soundly which put a stop to its wandering propensity”. Here is another example of punishment, this time mass punishment. When the manager of a beaver sanctuary fed her pets, a smart beaver rushed down to the pond and slapped the water with its tail – the traditional beaver danger signal. Panic-stricken beavers raced for the pond and disappeared into it. The smart one came back to have its fill. It took time for the poor beavers to realize that they were deceived. Bearing false witness is highly dangerous in the wild. The angry beavers descended on the smart one and gave it such a nice thrashing that effectively prevented it from ever repeating the trick. Crows and dogs have regular trials for offenders. The entire community surrounds the accused. After a considerable discussion, the lawbreaker is either physically punished or mentally tortured. Exile is the standard form of punishment. Once cut off from the group the malefactors are bound to find their grave, soon. This is the fate of gorillas, elephants, and rhinos.

In his ‘Outline of History’ H.G. Wells talks of the authority of “old man” who ruled his tribe. His word was law until a younger man overthrew him. Wells concludes that from the old man concept came the conception of God. And we know what happened to our first parents for their sin of disobedience.

When man began to make laws, the disinterestedness of the law of Nature took the back stage; nepotism and favouritism gained an upper hold. ‘The Code of Hammurabi’, (c. 2000 B.C.) the earliest book of law serves ample testimony to this fact. An ordinary woman is allowed to go into a wine shop, but if she happens to be a priestess, she was burned. If a house fell and killed the son of the owner, the son of the guilty labourer was killed rather than the builder himself. A woman who murdered her husband was impaled. If she merely neglected him, she was ducked in a river. If the mother killed her child, the child’s corpse was hung around her neck and left there until it rotted away.

“A disobedient son is to be stoned to death,” says ‘The Mosaic Code’ (c. 1000 B.C.). So was the woman of easy virtue. Not only people were stoned; an ox that had killed a man experienced the same fate.