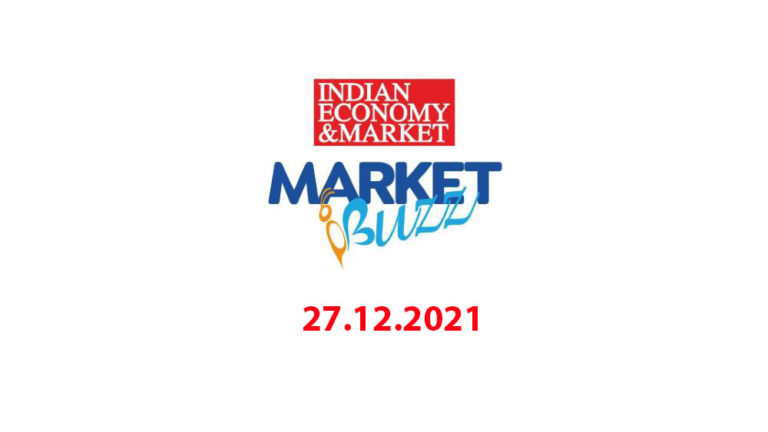 ISGEC Heavy Engineering was discussed here two weeks back when it was trading at Rs 590. It went on to reach Rs 669 in this period. Its Yamunanagar based 100 per cent subsidiary Saraswati Sugar Mills has set up a molasses-based ethanol production plant which was made operational on last Thursday. This plant will produce 100 kilolitre ethanol per day. ISGEC is 88 years old multi-product company and in July the stock traded at a high of Rs 877. So it is trading well below and such new initiatives will certainly soon bring back its past glory.

D-Link (India), the MNC is a global leader in designing and developing networking and connectivity products. Its last 6 months sales, operating profit and net profit were up by 32, 83 and 81 per cent and on TTM basis its sales, operating and net profit is at highest ever level. September quarter has proved to be one of the best quarters in its history. Last two weeks when most mid and smallcap counters were doing badly this stock in December alone is up 22 per cent. It is slowly moving towards double century.

HCL Technologies has recorded highest profit growth on 10 year CAGR amongst its 4 big brothers – Infosys, TCS, Wipro, and Tech Mahindra. However, on valuation front it is still trading at the lowest PE against peers. HCL Tech promoters have bought 4.5 million shares of the firm via open market. Promoter’s confidence coupled with the investor fancy in IT stocks it can outperform before the Q3FY2022 results are out and make a new high.

Gati, which is now under the Allcargo Logistics management after its takeover with 47.3 per cent stake, was discussed here in the issue dated November 8 at Rs 157. Allcargo is expected to demerge its business in 3 divisions – logistics, CFS & ICD and real estate. This restructuring will prove to be a game changer for Gati. This floating news took the counter up by 13.5 per cent last week alone. As if such momentum with huge volume was not enough, the stock, after 2015, first time got a closing at such level. The ace investor Porinju Veliyath’s EQ India Fund has 1.02 per cent stake in the counter.

BLS International Services is on the go with several upper circuits after the company announced the signing of a contract with the Embassy of India in Kuwait for consular, passport & visa services. The company is expected to process approximately 2,00,000 applications every year. With these new developments share price is all set to see an upward journey.

Maral Overseas, a part of the LNJ Bhilwara Group, is an export led largest vertically integrated textile company. In September quarter sales, operating profit and net profit were up by 61, 180 and 437 per cent respectively. Also in last 6 months its sales and operating profit were up by 115 and 933 per cent respectively and against Rs11 cr loss the company posted Rs 40 cr profit. Yarn companies are having a dream run these days and with historically highest ever good performance and better export opportunities the stock has a bright future.

Emami Realty, a part of Emami group with good presence in West Bengal and other states, surprised everyone when it moved 44 per cent up in December alone. In 2018 it was trading at Rs 406. Investors are bullish in realty sector and still available at cheaper valuation the stock can be accumulated whenever there is a profit booking in the market as the counter is ready for a re-rating.

Gufic BioSciences, after a consolidation of 6 months has given a breakout on technical charts and in 6 months the December volumes are really huge. This indicates that smart investors are accumulating this stock in big numbers. The counter can still show an up move of 15-20 per cent from hereon.

HCC was discussed here in the issue dated 5th December when it was trading at Rs 11.80. It went on to reach Rs 18.80 in this period. Recently Mumbai-based Darwin Platform Infrastructure has bagged the bid for Lavasa Corporation and the Committee of Creditors of Lavasa has accepted the Rs 1,814-crore offer. After the deal is over a re-rating of HCC is sure to happen and investors have just 20 per cent to lose against a surprise gain of 80 per cent.

Vakrangee Ltd., which after facing a long list of controversies has been given clean chits from all the regulatory authorities including Sebi and ED. Some of the prominent global rating agencies have also given good rating. RBI, despite the entire wrangle, never took any action and the same goes for its various clients, whose list is too impressive to ignore like Amazon, Jio, and IRCTC etc. All this only shows that company has no corporate governance issues contrary to the popular misguided belief. The company was earlier only in e-governance, however, as projects were coming to an end the management smartly shifted towards last-mile banking and at present its star entity Vakrangee Kendra has 13200 stores on franchise basis, which by March 22 would reach 25000 stores. The management plans to take it to 75000 stores by 2026. In FY22 its Gross Transaction Value (GTV) will be $10 billion, which management is sure to take up to $50 billion by 2026. With its unique business model the company is considered to be Digital Bharat’s growth driver just as Paytm etc. are supposed to be Digital India’s. Company has hired world’s best brand stores consultant Lewis & Hickey and ready for demerger. Its soon to be launched BharatEasy App is going to change the whole scenario in financial transactions in coming months. With so much on its plate the counter has immense possibilities. Not to avoid for short as well as long term.