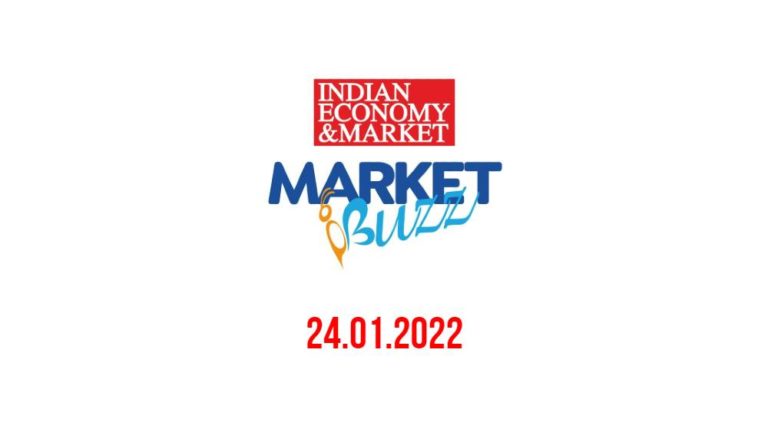 Get information about 12 to 15 potential profitable stocks for FREE. Join our Telegram channel

Vakrangee has posted surprising results. In December quarter revenue, EBITDA, and profit were up by 181, 73, and 75 per cent respectively and also, its Gross Transaction Value (GTV) was 12,551 crore. On 9 months basis it has already clocked profit of Rs 79.45 crore against Rs 63.68 crore for full last FY. Recently three prominent broking firms namely Angel, Choice and Upstock have tied up with the company to reach small towns and villages since company stores are mostly scattered in those areas. It is said that upcoming LIC IPO will generate unprecedented revenue for the company since LIC is expected to offer extra discount to its policyholders, many of them reside in small towns and villages without a Demat account. These services will be provided by 19230 Vakrangee Kendras, which by March 22 would reach 25000 and the target is 75000 stores by 2026. As a result the company is surely ready to present the highest ever recorded financial performance in its history. With such a bright future there is nothing to lose at this counter.

Gokaldas Exports in Q3 has clocked 96, 182 and 397 per cent increase in its sales, operating profit and net profit respectively. For 9 months these numbers are 43, 95 and 437 per cent respectively. On TTM basis this is the highest ever recorded financial performance. With such fantastic numbers and the recent QIP this counter is best bet in the fast moving textile sector. The stock seems ready to move into a new territory after almost 16 years. It may be considered a good candidate for buy on decline for long term.

Renuka Sugar is run by Singapore based agro major Wilmer International with 62.48 per cent stake which has 50 per cent stake in Adani Wilmer, the new entrant in the stock market. With sugar and ethanol being in fancy the company has a capacity of 720 KLPD which is the highest in country. The big expansion is on and it will reach 1400 KLPD soon. On these parameters it’s an MNC and on the verge of a turnaround extracting full advantage of fancied space the company operates.

LG Balakrishnan & Bros was mentioned here sometime back when it was trading at Rs 560, now available at Rs 705. The leading auto ancillary company had posted good September quarter numbers and on TTM basis its sales, operating and net profit is at highest ever level. Company paid 50% dividend for FY20 and 100% for FY21. In 2018 it was trading at a high of Rs 671 so the roadblock is nowhere to be seen and it is ready to fly smoothly. With Mutual Funds holding 11.81% stake and trading at 10PE it could prove a dark horse.

Arshiya Limited has been so far till date making losses since 2013 except one year in between. However it is being discussed here due to its last week’s market performance when it recorded highest ever weekly volume in its trading history. This development indicates something is happening behind the doors. Those risk-taking investors who like such Hero or Zero counters can focus on this solely on its traded volume.

OnMobile Global is a telecommunications company and offers products such as Videos, Tones, and Games & Contests. The company claims to have over 100 million active subscribers. Its September quarter numbers was not something to talk about. However when last week Microsoft acquired a gaming company at a whopping $68.7 billion valuation such companies are attracting investor’s attention. It is believed that in a reflected glory OnMobile too can claim a rerating. With Rs 1600 crore market cap the stock has recently given a 10 year breakout after November 2010 closing first time above Rs 154 and may cross Rs 200 if all goes well.

Himadri Specialty Chemical recorded last week its second highest weekly volume. In the period February 2020-January 2022 the stock was in a range of Rs 37-63. Since EV is the new in thing this counter is also getting attention as it claims to be the only company in India which produces Anode material used to manufacture lithium batteries. With this product expected to get huge market share the risk to reward ratio is almost zero at this counter.

Meera Industries is a Surat-based company which manufactures machines for textile industries. After government’s push via PLI Scheme and other favourable announcements many textile companies are in expansion mode thus creating huge market for this company. After 2018 it has given highest ever closing last week and registered maximum volume. It seems the counter will surely be in momentum.

Autoline Industries, an auto ancillary company which manufactures automotive sheet metal with all the big names in auto sector including Tatas as its customers, has been recording huge losses since many years. However in September quarter it has posted good operating profit after 8 straight years. On Weekly basis the counter last week has posted highest closing after June 2018, showing signs of a turnaround from hereon. Rakesh Jhunjhunwala has 4.62 per cent stake since many years and it has been the least performing stock in his portfolio. Many other big names too have this stock in their portfolio. So those who bet on such turnaround stories can keep an eye.

Premier Explosives is one of the major companies manufacturing the entire range of explosives and accessories for the civil requirement. On Weekly chart it has given a flag pattern breakout and also gave highest closing after June 2018. Pre-budget it can be in momentum for short time as such counters have always been.

Bharat Bijlee as discussed here earlier is into power related products. Against just Rs 6 crore equity it has a reserve of Rs 1062 crore and Rs 640 crore investment in some companies. Even if we ignore its core business the counter is fabulous. On TTM basis the company has recorded the best operating profit ever in last 12 years. Its all-time high was Rs 4075 in 2008 and it is available at Rs 2070 only. This bijli can keep any portfolio shining during the worst of times.

Despite the unusual cold wave in Mumbai and Covid, Dalal Path still finds its regulars looking up at the TV screen and discussing stocks. Some of the names our team heard are – Linde India, Automotive Axles, Godavari Power, Maruti Suzuki and Lumax Auto. Might be worth a second look.

SCOOP OF THIS WEEK

GLOBALSPACE TECHNOLOGIES (GSTL) is a New Age ICT company providing cutting edge enterprise mobility solutions and Digital Consulting. The company has created MediApp which provides B2B platform to retail chemists, stockists and pharma companies offering at present 22000 products, more than 11 companies and functional in 15 states. It has another platform Docexa using AI which is said to be India’s first virtual clinic platform where doctors can connect with patients directly. With such first mover advantage the company can do wonders like Sastasundar Ventures. On last Friday the stock closed at 20 per cent buyer circuit with highest ever daily volume. On Fundamental basis the counter looks very risky but its price behavior and business model may attract risk takers for a huge return in short term as well as on long term.