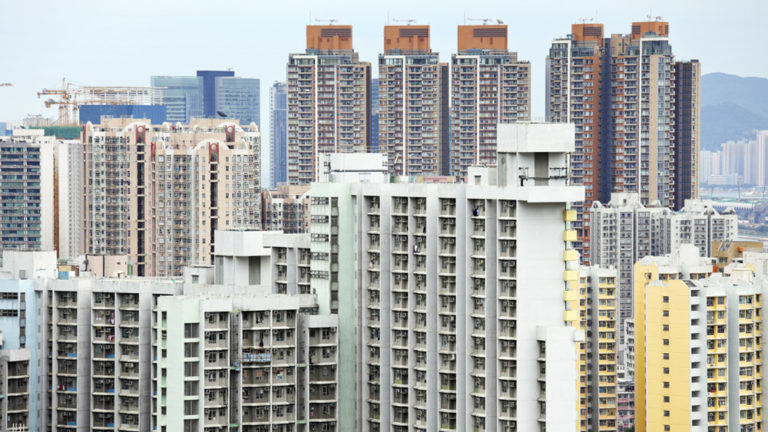 Gera Pune Residential Realty Report is out with good news suggesting sales volume rises by 12% in 2021 and Luxury segment rule the sales charts as affordability rate at a decadal high.

It means the residential real estate segment gained significant momentum in the second half of 2021. In a bid to meet the supply deficit in Pune’s residential realty market developers together launched an unprecedented number of fresh units in the second half of 2021. With some 61,151 new homes being added to the market in the last 6 months, 2021 saw a 48.5% surge in launch of new residential units as compared to the 6 months ended 2020.

Comparing the number of launches during the second half, the fresh supply went up by a considerable 61% in the 6 months ended Dec 2021 as compared to the same period in the previous year. On the other hand, the inventory available for sale reduced to 71,778 units – down 2% as compared to 2020. Interestingly, the inventory available for sale plunged to a seven-year low. According to the report, the number of ongoing projects stood at 2,595 in December 2021.

Gera Developments released the December 2021 edition of their bi-annual report, titled ‘The Gera Pune Residential Realty Report’. The report is an outcome of the longest-running, census-based study of the residential realty market of Pune. It is based on primary and proprietary research conducted by Gera Developments and covers all existing projects in a 30-km radius of the city centre.

Overall, the residential real estate market in Pune is in an upcycle and gathering momentum sequentially. Looking at the yearly data of new launches by price segments, the biggest gains have been in the Premium Plus and Luxury segments. The Premium Plus segment is classified in the price range of Rs 6,011 and Rs 7,513 per square foot  whereas the luxury segment is classified above Rs 7,513 per square foot. Both these segments have seen new supply growing at 81% and 53% respectively in the past one year.

Mr Rohit Gera, managing director, Gera Developments, said, “Prices have continued their upward trend increasing by 5% along with increasing sales and new supply. Higher sizes continue to do well highlighting not only the increased demand for bigger homes but also the commensurate increase in affordability. Affordability continues to increase and is now at 3.56 times annual salary. However, going forward we could see oversupply in certain segments create challenges which market forces will eventually correct as we have seen in the past. This risk of oversupply creating a downward pressure on selling prices combined with the massive upward cost pressure on account of material prices will continue & pose challenges for developers.”

The report also suggests how affordability of new homes has increased significantly. “Over time interest rates as well as prices have shown a downward trend especially since June 2015. On the contrary, incomes have significantly gone up among people in the city, thereby increasing the affordability by a greater degree. In fact, affordability continues to increase and is now at 3.56 times annual salary,” Mr Gera added.

In the past one year, especially the second half, the recovery in residential real estate sales has remained significantly better. In fact, taking stock of the recovery post the second wave suggests sales are 117% as compared to the level of December 2020. At a yearly level, compared to 2020, sales volume has increased by 12%, however its still below the 2019 levels.

At the time of introduction of RERA, there were some 112 large projects being developed, which has gone up to 169 over the past five years. In Dec’21, the 169 projects constituted 6.51% out of the total of 2595 projects being developed. This shows a trend of larger developers launching more large scale projects, coming at the cost of smaller developers who are being forced out of the industry on account of the increasing levels of sophistication required as a result of RERA and changes in the financial world for developers.

Here are the key highlights of the report, encompassing trends from June to December 2021:

Evaluating a six-monthly trend, we have seen an increase of 61% in new units launched in the 6 months ended December 2021 as compared to December 2020. In fact, as compared to the past six months, i.e since July 2021, the fresh supply has gone up by 130%.

Back in 2015, Premium plus & Luxury segments that accounted for merely 11% share in new launches now accounts for 23% or nearly one-fourth of all fresh supply launched. In sharp contrast, the budget and value segment which accounted for 71% of the fresh supply of homes in 2015 has now dropped to 48%.

The total ongoing projects have dramatically dropped to 2,595 in December 2021, from a peak of 3,733 in June 2017. The report suggests an increase in the average number of units per project to 120 units, up from 91 in December 2012. This means the overall project size has gone up 24%. However, the percentage of inventory available for sale from the total ongoing units under construction is down to 23% — which is at the lowest level in the past decade.

The luxury segment clocked a massive 158% growth in the fresh supply launched during the past one year whereas the Premium plus segment saw an increase of 132% in terms of new launches. These are strong indicators of a customer base that has moved up the value chain on a consistent basis.

Noteworthily, the share of three-bedroom configuration in new launches which has continued its surge, and now accounts for 17% of all new units launched in 2021 against 5.5% of the total share three years ago.

In the second half of 2021, the recovery in sales was significantly better. This is clear with the sales figures of 2021 being 117% of the levels in 2020 – clearly highlighting that the second wave recovery has been far better than the first wave recovery indicating waning impact on real estate sales of subsequent waves.

At the time of introduction of RERA, there were 112 large projects being developed (those with more than 500 units). This however, has gone up by 50% to some 169 large projects over the past five years.

In Dec 2021, the 169 projects constituted 6.51% out of the total of 2595 projects being developed, against 3%, some three years ago. Looking at the total inventory distributed across small projects over the same period, there were 94,682 units distributed across small projects (those with under 100 units). This number has dropped to 50,512 units in Dec 2021 – indicating a shift towards larger projects in the market. The trend remains similar since June last year.

Prices up 5%; affordability improves too

The overall average prices have increased by 5% across Pune over a 12-month period since Jan 2021, as compared to 2019. There is a rise in prices across the board especially in the new phases of existing projects where prices have gone up by 6.5% in the last 12 months. The affordability is the highest in the last decade at 3.56x annual income making this the best time to buy a home. Over time interest rates and prices (from Jun 2015) have trended down, while incomes have risen thereby increasing the affordability significantly.

About Gera Developments: Gera Developments Pvt Ltd, a reputed brand for 50 years, one of the pioneers of the real estate business in Pune, is recognized as the creators of premium residential and commercial projects in Pune and Goa and has its global presence through developments in California, USA. The company introduced a 5-Year Warranty on Real Estate consisting of Preventive Maintenance & Repairs and provision of Insurance of buildings way back in 2004 for the first time in India. RERA mandated the same only in 2017. And GDPL has now introduced India’s first & only 7-year warranty in real estate.