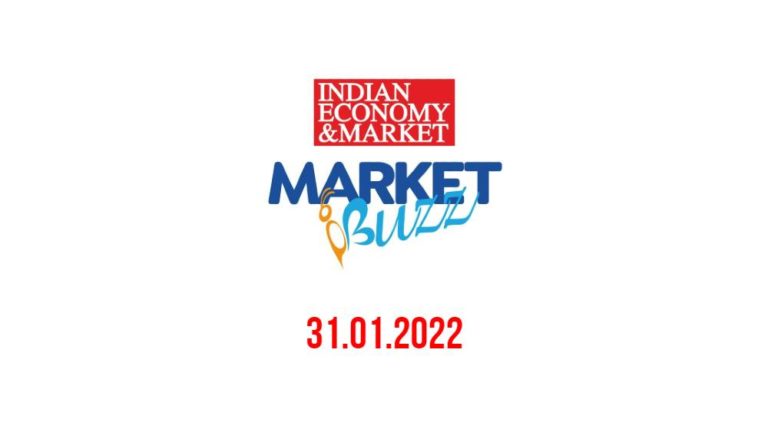 The above three stray discussed IPOs are not alone. The list is too long to count. It is too interesting to understand who was smarter – those who sold or those who bought. Investors must know many more such new-age OFS IPOs will come where company will be continuously recording losses. When at high PE there is no growth the stock will come to this stage only. The company has to earn the high PE. The market is at present full of high PE stocks. It is for the investors to decide; especially new entrants in market should learn a lesson from this.

Canara Bank has recorded a profit of Rs1657 crore in its December quarter. If we see 9 months profit it comes to be Rs 4206 crore. On TTM basis also it has recorded the best performance. Its all-time high was Rs 821 recorded in November 2010. Now after such stupendous financials the company is available at Rs 240. Its Gross as well as Net NPA too have reduced considerably and provisions reduced 50 per cent.

The stock is ready to cross triple century.

BCL Industries, a part of Mittal group, is in the business of edible oil, Vanaspati, distillery, ethanol and realty. The company has recently increased its focus on ethanol and in this regard a huge expansion is being carried out. In Q3 it has clocked 42, 76 and 139 per cent increase in its sales, operating profit and net profit respectively which is its highest ever quarterly performance. For 9 months these numbers are 48, 64 and 110 per cent up respectively which again is highest ever. The stock is trading at 15PE and within last two months moved from Rs 218 to Rs 468. If there is any fall from hereon then it could be a best bet for long term investment.

Reliance Infrastructure surprised investors and analysts equally last week when it stood strong trading in three digits when the biggies were tumbling under huge pressure. It shows its inherent strength. When the company will receive the arbitrage money it will become debt-free. The looming Reliance Naval issue is also said to be over shortly at NCLT. All that indicates a clean company is about to emerge from the house of Anil Ambani group. The downside risk is hardly 20-25 per cent against possibility of 70-100 per cent upside. Risk Reward ratio is favourable and we may see a rocket moving towards blue sky very soon. Risk takers may book a seat till it is cheaper.

Uttam Sugar Mills is among the leading producer of Double Refined Sugar. It is also into ethanol and power. Out of 4 its 3 units produce 100 per cent sulphurless sugar whereas its Barkatpur plant has 450 lakh barrels per annum distillery capacity. The expansion is on to take it to 540 lakh barrel per annum. The company has ten folded its production in the last ten years with 2,000 TCD in 2001 to 20,000 TCD in 2011. Well-known investor Anil Goel and his wife Seema Goel have 7.05 per cent stake. On TTM basis it has recorded highest ever sales and operating profit. Its all-time high was Rs 470 and now available at Rs 207 only. Ethanol theme and good result will get it a re-rating, without doubt.

Nava Bharat Ventures, a diversified group with businesses in metals manufacturing, power, mining, agribusiness and healthcare and ferro alloys, is now a MNC, operating in India, South East Asia and Africa. In Q3 it has clocked 44, 50 and 42 per cent increase in its sales, operating profit and net profit respectively. Presently trading at 5PE after such phenomenal financial performance the stock is sure to be re-rated shortly. Keep an eye.

GMDC recorded good Q3 numbers as its sales was up 120 per cent and against Rs 39 crore operating loss it has recorded a profit of Rs 201 crore & net profit was Rs 150 crore against Rs 3 crore loss. For 9 months sales and net profit were up by 117 and 57 per cent respectively. These turnaround numbers are expected to be repeated in future also. This Gujarat government PSU stock gave 62 percent return in January itself with huge monthly volume never seen in its history. Seems something is brewing.

Thirumalai Chemicals ranks among the largest producers in the world of Phthalic Anhydride, Malic Acid, Maleic Anhydride and Fumaric Acid. It has a presence in more than 34 countries with widespread infrastructure. In Q3 it has clocked 70, 58 and 106 per cent increase in its sales, operating profit and net profit respectively. For 9 months these numbers are 102, 193 and 479 per cent up respectively. On TTM basis this is the highest ever recorded financial performance. Stocks from Specialty Chemicals without much growth are trading at 50PE whereas after making a high of Rs 326 in October 2021 this stock is available only at Rs 260 trading at 9.7PE.

Despite the unusual market movements, Dalal Path still finds its regulars looking up at the TV screen and discussing stocks. Some of the names our team heard are – Deepak Fertilizers, Maharashtra Seamless, Godavari Power and Taj GVK. Might be worth a second look.

RASHTRIYA CHEMICALS & FERTILIZERS LTD. (RCF) is a PSU under the Ministry of Chemicals and Fertilizers based in Mumbai and fourth largest producer of fertilizers in India. On TTM basis the company has recorded highest ever performance on all fronts – sales, operating and net profit. Fertilizer companies also produce Methanol which is a low carbon, hydrogen carrier fuel. NITI Aayog has recommended its use in Inland Waterways and Army Trucks under its ‘Methanol Economy’ programme aimed at reducing oil import bill. If the recommendation is accepted by the government we will see Methanol story just like Ethanol. RCF also has 800 acre land parcel in Mumbai valued more than Rs 10,000 crore which is almost double its market cap. So it has 3 pluses and still presently trading at half of its high of Rs 150 recorded in 2008.