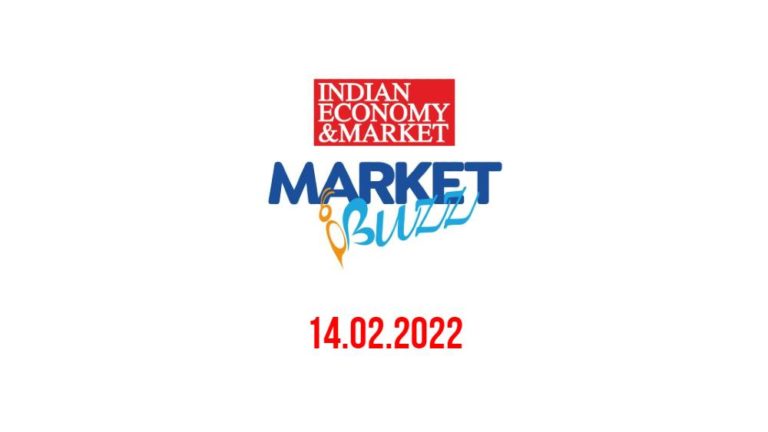 HT Media was suggested in our sister publication Money Multiplier Weekly magazine dated 7th Feb  and surprisingly the stock was up 10 per cent up even in the worst week. Its Q3 numbers are best in last 12 quarters as after March 1019 its operating and net profit are highest ever recorded. Compared to Dec’ 20, its revenue, operating and net profit were up by 37, 828 and 1277 per cent respectively. The Company’s segments include Printing & Publishing; Radio Broadcast & Entertainment, and Digital. As the sector itself is in revival mode the counter has the intrinsic value to reward 40-50 per cent return since once upon a time it was trading at Rs 243, but now available only at Rs 38.

Wockhardt has not been performing well since a long time. However, on technical chart it seems ready to give a major momentum shortly and buying at Rs 400 is emerging. Positional traders to gain 6-7 per cent can play with a strict stop loss after watching its movement carefully.

Entertainment Network (India) in Q3 has recorded the best operating profit, highest in last 8 quarters. Operating profit margin is best in last 13 quarters and sales numbers best in last 7 quarters. After recording loss in last 3 quarters in Q3 its PAT was Rs 9.77 cr. It has its Radio Mirchi and KOOLFM operations in 63 cities. FIIs and DIIs hold 5.74 and 5.40 per cent stake respectively. In 2017 the counter was trading at Rs 948. Now at Rs 188 the counter with such spectacular results can show a quick up move of Rs 50-60.

SIS Ltd. is into 3 verticals – security, cash logistics and facility management. These businesses are ongoing and don’t have any risk like even Covid. During last 6 months we saw 2 IPOs belonging to same space hitting the markets and compared to those this stock on performance and valuation basis seems cheaper. Trading at 24PE in December quarter it has recorded highest ever income. Fundamentally strong the technically the counter is also seems ready to give a breakout. It could be an option for Techno-Funda lovers.

Sindhu Trade Links has recorded very good results with 303 per cent year-on-year increase in EBITDA in the nine months and the PAT is also almost three times up during the same period. The BSE listed company’s management has decided to seek NSE listing in NSE Direct Listing (Mainboard) and has been successfully reducing bank-debt and hope to be debt free by 2023. NSE listing will certainly grab attention of big investors and the stock could be kept in one’s watch list.

MOIL is a schedule A miniratna state-owned manganese ore mining company with a market share of 45%. It is the largest producer of manganese ore and operates 11 mines in Maharashtra and Madhya Pradesh. In Q3 it has clocked 36, 114 and 141 per cent increase in its sales, operating profit and net profit respectively. On 9 months basis its sales, operating profit and net profit were up by 33, 150 and 306 per cent respectively. Trading at 12PE the company has declared Rs 3 dividend per share. As steel and mining sector are in focus this counter can be kept on radar for investment.

Shankara Building Products is on the lines of Balaji Telefilms, discussed here in last edition which is on fire without any solid fundamentals. Shankara also has seen an up move recently although Q3 results are not at all something to talk about. In this period its OPM from 6.6 per cent has come down to 2.5 per cent. However, last week in the bad situation also it was up by a whopping 34 per cent, recorded highest ever weekly volume and highest weekly closing after December 2018. Purely for risk-takers who enjoy playing with fire.

Himadri Specialty Chemical was discussed here in the edition released on January 24. In Q3 it has clocked 65 and 48 per cent increase in its sales and net profit respectively. On 9 months basis sales and net profit are up by 75 and 96 per cent respectively. There is a drop in margins but overall performance is good and future looks bright. In the period February 2020-January 2022 the stock was in a range of Rs 37-63. Since it claims to be the only company in India which produces Anode material used to manufacture lithium batteries for EVs we see risk-reward ratio almost zero at this counter.

McNally Bharat Engineering Company which has not been showing any encouraging performance since March 2013 is back in the news again with its comfortable Q3FY22 performance. One of the established engineering companies incorporated in 1961 as a joint venture between McNally Pittsburg, USA and Bird & Co, is engaged in providing turnkey solutions in the areas of Power, Steel, Alumina, Material Handling, and Ash handling with many subsidiaries and associates, both in India and abroad.

Its debt to equity ratio is high. However, the company is expecting debt restructuring plans to be cleared by this fiscal. Post the result the counter is expected to show some positive sign and may prove to be very good for long term risk-takers.

RASHTRIYA CHEMICALS & FERTILIZERS was discussed here in the edition dated January 31. This Mumbai-based PSU and fourth largest producer of fertilizers in India has clocked very good numbers in Q3 as sales and net profit are up by 81 and 45 per cent respectively. On 9 months basis these numbers are 45 and 111 per cent respectively. In March’20 its debt was Rs 4814 cr and investment Rs 256 cr but aggressively the management reduced the debt to Rs 1820 cr and still the investment is a whooping Rs 911 cr. That means hardly Rs 900 cr debt is left. On TTM basis its sales at Rs 10,998 cr is highest ever yearly sales in history and same goes for net profit which is Rs 622 cr. Trading at 7.1PE at Rs 80 only, a re-rating of this counter is certain to happen.