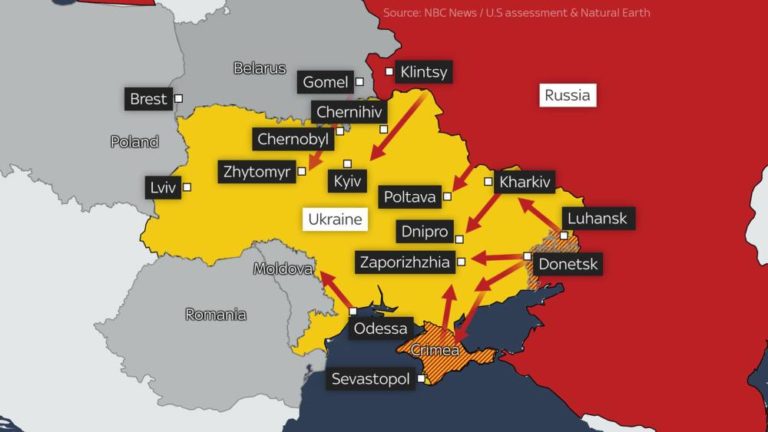 Things are really getting hot on Ukraine border. The tension, it seems, in Europe is not ending anytime soon. The escalation on the Ukraine-Russia border has intensified. A blast was heard in the centre of Donetsk, a city that is held by Russian-backed separatist in eastern Ukraine.

In a latest development the White House said that US President Joe Biden and Russian President Vladimir Putin have accepted to meet in principle, provided Russia does not invade its neighbor. White House Press Secretary Jen Psaki in the same breathe said, “We are also ready to impose swift and severe consequences should Russia instead choose war. And currently, Russia appears to be continuing preparations for a full-scale assault on Ukraine very soon.”

UK Prime Minister Boris Johnson has said that Putin is planning biggest war that Europe has seen since the end of World War II. US Vice-President Kamala Harris has said that Russia will have to pay a huge economical cost should Putin decide to invade Ukraine. Moscow maintains that this continuous ‘predictions’ by the Western powers is adding to the tension.

Ukraine was part of the Russian empire for centuries before becoming a Soviet republic. It won independence as the USSR broke up in 1991. It moved to shed its Russian imperial legacy and forge increasingly close ties with the West.

In 2014 when Kremlin-leaning Ukrainian President Viktor Yanukovych rejected an association agreement with the European Union in favour of closer ties with Moscow it led to mass protests that saw him removed as leader in 2014. And then Russia responded by annexing Ukraine’s Crimean Peninsula and throwing its weight behind a separatist rebellion that broke out in Ukraine’s east. More than 14,000 people have died in the fighting that devastated Donbas, Ukraine’s eastern industrial heartland.

Moscow has strongly criticised the US and its NATO allies for providing Ukraine with weapons. Russian President Vladimir Putin has repeatedly said Ukraine’s aspirations to join NATO are a red line, and expressed concern about plans by some NATO members to set up military training centres in Ukraine. This, he has said, would give them a military foothold in the region even without Ukraine joining NATO. Russia does not want Ukraine in NATO and demands a halt to any NATO drills near Russia’s border. It also wants NATO to withdraw from Eastern Europe.

The US and NATO have responded to the calls – it has been made clear that Russia’s main demands, Ukraine banned from being a NATO member and a promise that the alliance won’t expand further east have been turned down. Ukraine is not a NATO member, but it wants to be.

The US and European allies have promised to hit Russia financially like never before if Putin does roll his military into Ukraine. Cutting Russia out of the SWIFT financial system, which moves money from bank to bank around the globe, would be one of the toughest financial steps, damaging Russia’s economy in the long term. The move could cut Russia off from most international financial transactions, including international profits from oil and gas production, which accounts for more than 40 percent of the country’s revenue.