Fortune Is a Prize to Be Won 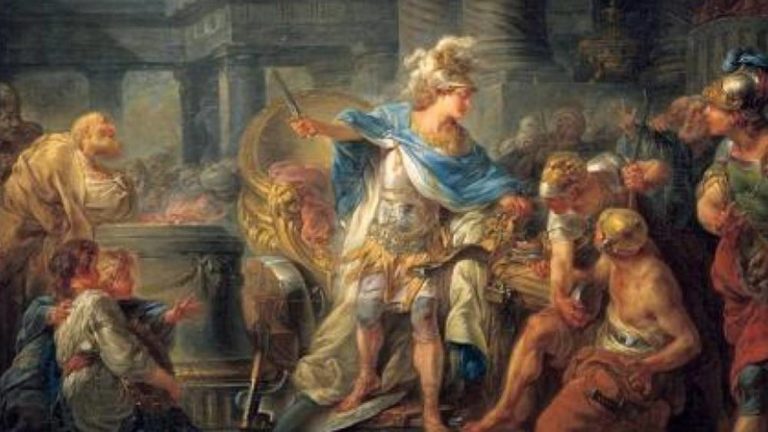 However varied may be your answer to the great poser, “what is life?” you will all agree with the view that life is knotty. Doubt it? Then you must be stinking rich caring a tuppence for what is happening to you and what is in store for you. You belong to the category of the survival of the fittest. You are exceptional and we leave you to your fate. But the unhappy lot and the sad lot and the lot that wanders between these two have one knot or another to untie in their day-to-day life. To the action-disoriented people, the knot evolves itself into a Gordian Knot, which needs an Alexander the Great to cut, for he was an action-oriented man, ready to take the next step when something sits obstructing his path of progress.

Now what is this Gordian Knot? “Any intricate problem or task which is difficult or impossible to solve”, is known as the Gordian knot. Who gave this name to this knot? Why do we drag in the name of Alexander the Great? Well! There is an interesting story connecting Gordius, a peasant of ancient Phrygia and Alexander of Macedon which makes us remember the famous American short-story writer, O. Henry’s most often quoted definition of life: “Fortune is a prize to be won. Adventure is the road to it. Chance is what may lurk in the shadows at the roadside.”

Let us listen to the story. The King of Phrygia had died suddenly without issue. The Phrygians were greatly disturbed. Chaos and confusion ruled the kingdom. Unrest joined hands. Gordius, a poor countryman when busy tilling his small plot of land was surprised one day to see a royal eagle perch on the pole of his ox-cart. At first, he ignored its presence thinking that it was just resting and would take to its wings any second. So he continued with his work. But when the royal eagle stayed there the whole day, he began to sense trouble. Without a moment’s hesitation, Gordius drove his cart towards the Phrygian Telmissus to consult the oracle as to what this sign from heaven might mean. In days of yore, people consulted oracles as we run to physicians today at the least sign of a sneeze and sore throat.

At the gate of the city, a young woman who saw the royal eagle still perched on the pole stopped Gordius and in a prophetic tone said, “The bird brings you luck. You are fortunate. Offer immediately sacrifices to Zeus, Father of gods and men…And let me accompany you, peasant, to make sure that you choose the correct victims”. Overjoyed, Gordius replied, “Certainly yes, only if you are prepared to marry me”. Both were on their way to Telmissus.

Meanwhile, the oracle at the public square of Telmissus announced: “Phrygians! Your troubles would be over once and for all, if you make king the first man approaching the temple of Zeus. He would come seated in an ox-cart, accompanied by a beauty”. When Gordius entered the public square of Telmissus with his young wife in the ox-cart, the Phrygians in obedience to the command of the oracle unanimously acclaimed him king.

Gordius, in gratitude, dedicated his ox-cart to Zeus, together with its yoke, which he had knotted to the pole in a cunning manner, so that no one could see where it began or where it ended. No sooner had Gordius tied his peculiar knot, the Phrygians heard the oracle declare: “Whoever discovered how to untie the knot would become the Lord of all Asia”. This was the celebrated ‘Gordian Knot’.

All those with an adventurous bent of mind tried to untie it, using all their strength and wit but all failed. The priests of Zeus had no way but to guard it for centuries until Alexander the Great of Macedon (356-323 B.C.) “for whom the whole world was not sufficient”, in his conquests, came to Phrygia. He heard about the oracle and tried his skill. He was in no way greater than the others who tried it earlier. Growing impatient, he drew his mighty sword, cut the knot in twain, and exclaimed, “I have undone it.

Plutarch (c.A.D. 46-c.120), the famous Greek biographer famed for the Parallel Lives and Arrian (c.A.D.95-175), a Greek Officer in the Roman army, remembered for his Anabasis of Alexander the Great in seven books narrating his campaigns and Indica, descriptive of India and Indian customs tell that entire Asia was under the sway of Alexander. The petulant action of the Emperor gave rise to the idiom ‘Cut the Gordian Knot’, meaning “solve a complicated difficulty by quick and drastic action.” And this seems to be the need of the hour. Don’t you agree?