Every one of today’s most famous and familiar ideas was once unknown and unsuspected. 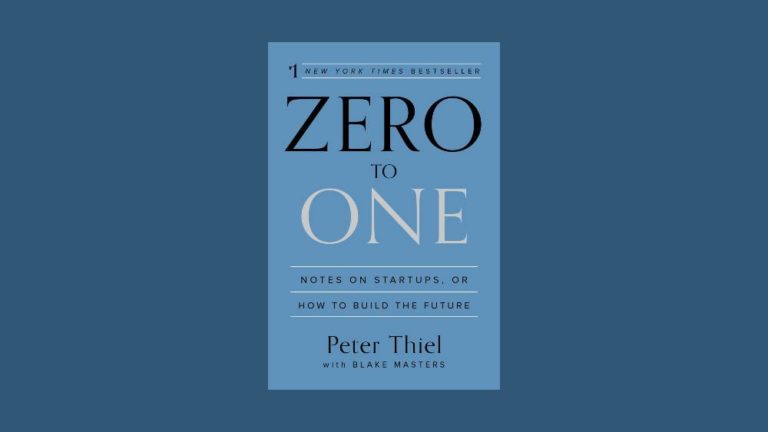 In the struggles of life of an individual entrepreneur or an enterprise, “Zero to One” describes the process of creating something radically new and taking it to the first step. The phrase is used in contrast to the term “1 to n” (for extensive growth), which means creating incremental improvements to what is already familiar. Vast majority of human effort and predator corporations’ acquisitions are focused on scaling up from “1 to n” as it’s easier for most of the people than build from “zero to one.” Because most people act as if there were no secrets left to find.

If you do what has never been done and if you can do it better than anybody else, you have a monopoly. Most zero-to-one ideas have been inspired by standing on the shoulders of giants, like Facebook, which was built on ideas that were not incremental improvements over Friendster and Myspace.

The author, Peter Thiel, entrepreneur and investor, co-founded PayPal and Palantir, believes that each moment in business happens only once. Because every innovation is new and unique, there cannot be a formula to teach entrepreneurship or innovation. Indeed, the single most powerful pattern among successful people is that they find value in unexpected places, and they do this by thinking about business from first principles instead of formulas.

By definition, a startup can be a group of people you can convince of a plan to build a different future. A new company’s most important strength is new thinking: even more important than nimbleness, small size affords space to think.

The book is full of counter-intuitive insights that help readers thinking and ignite possibility.

“If there are many secrets left in the world, there are probably many world-changing companies yet to be started.”

“Rivalry causes us to overemphasize old opportunities and slavishly copy what has worked in the past.”

“You’ve probably heard about “first mover advantage”: … but moving first is a tactic, not a goal. What really matters is generating cash flows in the future, so being the first mover doesn’t do you any good if someone else comes along and unseats you. It’s much better to be the last mover – that is, to make the last great development in a specific market and enjoy years or even decades of monopoly profits.”

“In the most minimal sense, the future is simply the set of all moments yet to come. But what makes the future distinctive and important isn’t that it hasn’t happened yet, but rather that it will be a time when the world looks different from today. … Most answers to the contrarian questions are different ways of seeing the present; good answers are as close as we can come to looking into the future.”

“When we think about the future, we hope for a future of progress. That progress can take one of two forms. Horizontal or extensive progress means copying things that work—going from 1 to n. Horizontal progress is easy to imagine because we already know what it looks like. Vertical or intensive progress means doing new things— going from 0 to 1. Vertical progress is harder to imagine because it requires doing something nobody else has ever done.”

“It wasn’t so obvious to many in the late 1990s, when no loss was too big to be described as an investment in an even bigger, brighter future.”