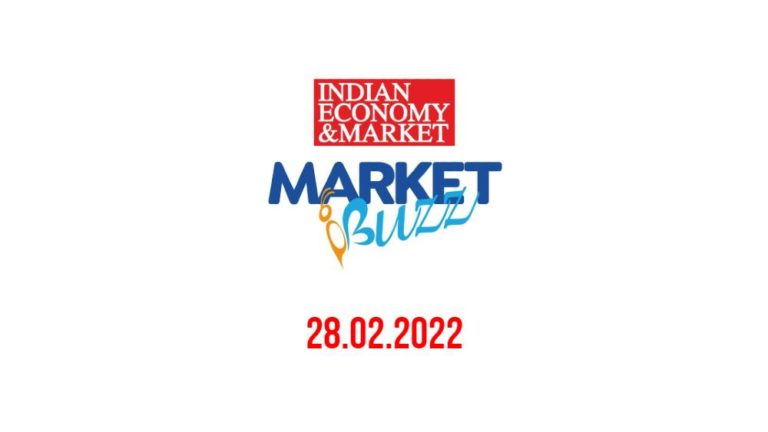 Exxaro Tiles, which came with its IPO 6 months back, is one of the fastest growing vitrified tiles company. With its 2 plants having a capacity of 13.20 msm, presence in 24 States, and after paying all its long term debt it is the best in its sector. Mutual Fund holds 4.86 per cent and FIIs hold 4.19 per cent stakes. As real estate sector is on a fast growing pace so the tiles companies also have a bright future. In Q3 it saw some margin pressure but that was a temporary effect since gas and container prices had increased in September. With huge expansion in progress and at such price due to market corrections it has all the intrinsic qualities to double in long term.

Anant Raj, one of the leading real estate developers in the NCR, has posted good Q3 numbers clocking 34, 137 and 60 per cent increase in its sales, operating profit and net profit respectively. On 9 months basis its sales, operating profit and net profit were up by 82, 242 and 677 per cent respectively. Rakesh Jhunjhunwala holds 3.39 per cent and Singapore government 4.20 per cent stake in the company. Its Book value is Rs 87 so its Price to Book Value is even less than one. Certainly the counter can move to a triple figure when the market settles down.

Dhampur Sugar Mills has posted good Q3 numbers clocking 22 and 39 per cent increase in its operating profit and net profit respectively. The first company to produce sulphurless refined sugar in the country, on sugar volume basis it is the third highest listed company whereas in distillery it is second highest. As the government is mulling over the proposal of 20 per cent ethanol blending, this company will be the biggest beneficiary. Still it is trading at just 10 PE.

KM Sugar Mills has its plant in Ayodhya with sugar cane crushing capacity of 9500 TCD, Ethanol production capacity of 50 KLPD and also has a 25 MWh power plant. On 9 months basis its operating profit and net profit were up by 41 and 72 per cent respectively and on TTM basis it has recorded highest ever operating and net profit. In July it made a high of Rs 39 and now trading 31 per cent below that. Trading at only 6PE and the government’s focus on ethanol blending can make the stock a multibagger.

Morepen Lab is into four major verticals namely API, Medical Device, Formulations and OTC. Overall in 9 months sales, operating profit and net profit were up by 31, 34 and 24 per cent respectively. On TTM basis it has recorded highest ever sales, operating and net profit. In July last year the stock was trading at Rs 75. Now down by 50 per cent from that level it is trading at its historical low valuation. A good candidate for bottom fishing but, for long term investment.

Steel Authority of India Ltd. has posted very good numbers as in 9 months its sales was up 59 per cent, operating profit up by 158 per cent to Rs 17,004 crore and net profit up 1340 per cent to Rs 9765 crore. On TTM basis it has recorded operating profit of Rs 23,158 crore. Against this its marketcap is Rs 37,800 crore. As debt reduction process is coming to an end the company will be debt free within 3-4 quarters. Rakesh Jhunjhunwals holds 1.09 per cent in the company and its dividend yield is 4.37 per cent. Just think it is trading at 2.9PE and in double digits when its profit is almost doubled from 2007 when the stock was trading at its all-time high of Rs293. Nothing to lose here.

Parnax Lab Limited has posted good Q3 numbers as its sales almost doubled with 104 per cent, operating profit was up 168 per cent and net profit a whopping 3692 per cent, from Rs 12 lakh to Rs 4.55 crore. On 9 months basis its sales and net profit were up by 67 and 206 per cent respectively. In a major development the promoters were allotted warrants convertible into equity shares through preferential issue which may take promoter’s stake to almost 75 per cent. As the company is expected to post continuous QoQ growth going forward and looking for expansion and introducing own FMCG brand, the counter can be kept in watch list.

Power Finance Corporation has posted on TTM basis a profit of Rs13,731 crore yet available with just Rs28,600 crore market cap against Kotak Bank’s Rs10,747 crore profit with an astonishingly Rs 3,69,000 crore market cap. PFC’s dividend yield is 10 per cent, higher than any bank’s FD rate, and in FY22 it has already paid Rs10.75 interim dividend. The stock is trading at 2.1PE and one of the cheapest in listed space. It seems the day market participants will realize this gross underestimate; the stock will double in no time.

HP ADHESIVES, is one of the most renowned brands in plumbing adhesives and has a wide portfolio of adhesives and sealants with applications across varied industries. It also has a growing presence in international markets. Its products are associated with real estate sector which is fast growing after a long time. It has 750 distributors and more than 50,000 dealer network. Its IPO came in last December at Rs 274, was up to Rs 505 but now trading at Rs 380. After IPO still promoters hold 71.35 per cent and FIIs 11.79 per cent stake in the company leaving just 16.87 per cent floating stock in the market. In 9 months its topline has increased 43 per cent and the stock after correction has become very attractive.