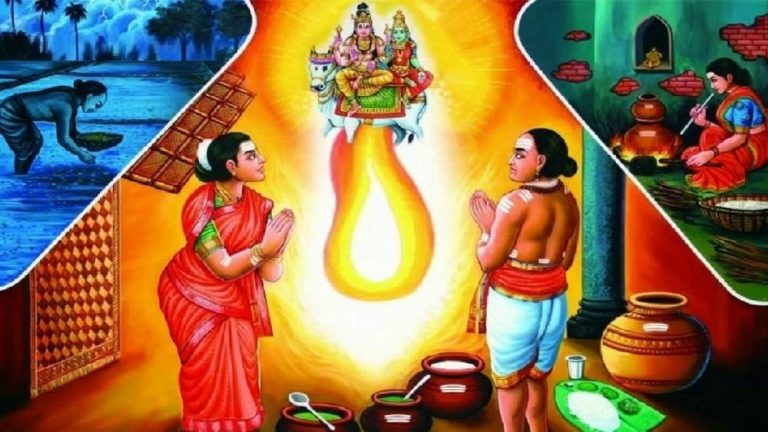 What is love? Definitions galore vie with one another to answer this poser. But no two definitions would go together and no other definition would excel the following: “If one can deny oneself and make a gift to satisfy the need of another, when one is reduced to the greatest penury and extremity oneself, then this is love indeed.” Here follows the story of a saivite saint Elayankudi Maranar, a very rich man pushed to penury by the Lord Himself so as to give the world the true definition of love.

Born in a very affluent family, Maranar magnanimously fed Siva’s bhaktas and made them lead a hunger-free life. As more and more bhaktas blessed him, he became richer. This enabled him to feed innumerable mouths every day. In such a life of love and worship he continued long.

All those who know of Lord Siva know also of the sadistic pleasure He derived by putting His devotees to severe tests before He gave them a place in His abode. The Lord’s choice fell on Elayankudi Maranar. It is said that when misfortunes come, they come not in singles but in battalions. Maranar’s affluence began to dwindle day by day. Yet his love for the Lord’s bhaktas did not diminish and he continued to feed them as before either by mortgaging his property or by selling portions of it. As Seedevi, goddess of Wealth, moved out of his house, her place was occupied by Moodevi, goddess of Misfortune. Now all that Maranar could claim as his own were his faithful wife, a hut, a small piece of land in the backyard for his kitchen garden and above all pinching poverty.

Lord Siva thought that the time was ripe enough to put Maranar to a final test. He descended on Elayankudi, drowned in darkness. Raindrops began to fall here and there, playing drums on leaves and rooftops. The chill wind had just driven Maranar, who had been so far sitting with an empty stomach on the pyal of his hut, indoors. When he stretched himself beside his sleeping wife, Lord Siva in the form of an ascetic, knocked on the door of the hut. Maranar opened the door. “Praised be Lord Siva,” said the ascetic. Maranar welcomed the ascetic with affectionate hands, spoke to him sweet words, led him into the hut, seated him properly, and then moved to wake up his wife.

“This ascetic is hungry. We should feed him,” he whispered into her ears. “Yes. We should… But where is the means? Our neighbours will not lend us even a small measure of rice, for we have already borrowed enough. Moreover it would be unfair on our part to disturb our neighbours at this late hour.”

Maranar stood helplessly looking at his wife. And they heard the ascetic say: “Give me something to eat. I’m dying of hunger.” The face of Maranar’s wife brightened as if she had hit on a treasure. “If you could manage to collect the paddy seeds that we sowed today in our land,” she said, “then I can prepare food.” She sighed and added, “I can’t think of any other way.” Groping his way and getting drenched in rain, he reached his field. His feet felt the paddy seeds where they had been driven together by the rains. He gathered them in his basket and returned home. His wife washed the paddy seeds of all dirt and, then looking at the oven, pouted. “There is not a single twig at home. How to kindle fire?” she said.  “Don’t worry, dear,” Maranar said, tearing up a portion of the roof and giving her some wood. She kindled the fire, fried the paddy seeds, hulled the husk, separated the rice and cooked it.

“But there is no curry. If you get me some greens from our backyard…” He rushed to the backyard once again in the heavy downpour. There he cut some of the greens and brought them to his wife. An expert in culinary arts, she prepared several dishes with them. “Very well! She applauded. “We have managed it very well. Wake up the ascetic.” Maranar rushed out of the kitchen crying to the sleeping ascetic, “Food is ready. Wake up.”

The ascetic did get up but in his place rose a brilliance, which dazed and perplexed the devoted couple. Soon there was the Divine Presence of Lord Siva and his consort seated on a bull. The Lord said: “This is love indeed. I am pleased with your philosophy of life: ‘Your need is greater than mine.’ Now is the time for both of you to follow us to our abode and enjoy eternal bliss.”

If this is not true, where is true love to be found?