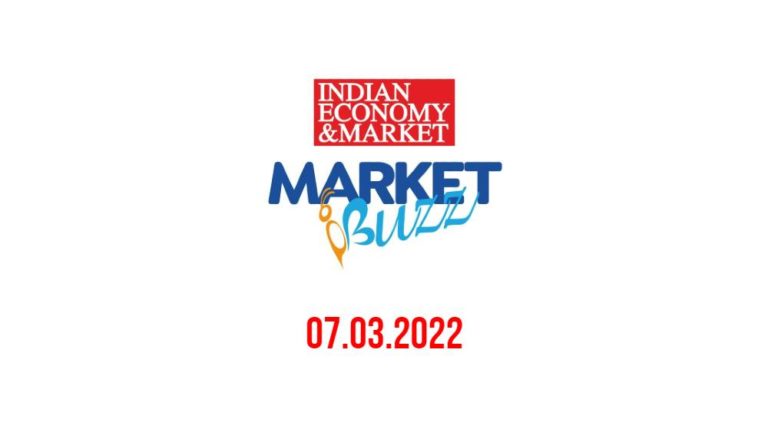 Dwarikesh Sugar Industries has three plants in UP with sugar cane crushing capacity of 21,500 TCD, distillery capacity of 1,62,500 LPD and also has a 91 MW power plant. It has come out with impressive Q3 numbers clocking 58, 138 and 287 per cent increase in its sales, operating profit and net profit respectively. On 9 months basis its sales, operating profit and net profit were up by 21, 59 and 121 per cent respectively. In March 2020 its debt was Rs 846 crore which has come down to Rs 283 crore in September 2021. It is lowest in last 12 years. As the government is mulling over the proposal of 20 per cent ethanol blending, this company will be the biggest beneficiary.

Chalet Hotels like all other hotel stocks felt the heat of COVID-19. With 7 hotels in Mumbai, Pune, Hyderabad, Bangalore and 2554 rooms spread over 0.9 million sq ft it has posted good December quarter numbers as sales and operating profits are up by 93 and 288 per cent respectively. It has recorded highest sales after March 2020 and although on net level it is still in loss but it could turn around very soon.

Salasar Techno Engineering is into Telecommunication, Power, Renewables, Smart City Solutions, Poles and Heavy Steel Structures. It is One-Stop Shop for India’s telecom giants by carrying out engineering, designing, procurement, fabrication, galvanization and EPC under one roof. The company has successfully executed projects for various government entities and serves prestigious clients in 25+ countries worldwide. On 9 months basis its sales increased from Rs 385 crore to Rs 507 crore, Ebitda from Rs 37.7 crore to Rs 52.9 crore and PAT from Rs 20 crore to Rs 24.3 crore. After Q3 results the management in a concall has given very good future guidance. IIFL Securities also has given a Buy Call for this fundamentally strong stock. Keep under your investment radar.

Triveni Engineering is the second largest integrated sugar producer with 7 mills, a market leader of engineered-to-order high speed gears & gearboxes and a leading player in water and wastewater management business located in Noida. It has also power transmission plant in Mysore. All the 3 segments have a very bright future. In another group company Triveni Turbine it holds 21.85 per cent stake. In last 9 months its profit increased by 50 per cent and on TTM basis its sales, operating profit and net profits are highest ever in its history. In FY2019 its debt was Rs 1684 crore which has come down to Rs 573 crore in September 2021. One can keep the stock in watch list.

As India is transferring in direction of bio gasoline with 20 per cent ethanol mixing coverage, sugar corporations are anticipated to earn most. In first 9 months of FY22, it has posted 395.68 per cent rise in revenue against corresponding period earlier fiscal. It produces superior grade of ethanol, which may be used in bio-fuel mixing. From its life-time of Rs 45.80 in October 2021, itt has corrected to the tune of close to 55 per cent from its life-time high. It is worth considering at current levels.

ITC, is attracting the attention of investors with best and highest memes. The reason: even during the last two years when any Tom, Dick and Harry stock ran only upwards enriching investors pockets, ITC remained a silent spectator. However, now when most of the stocks are only falling ITC is showing life and moving upwards. Active in several profitable segments the big share is contributed by its cigarette division. On TTM basis it has posted the highest ever sales, operating and net profit. Its all-time high, registered in 2017, was Rs 368 and now trading 39 per cent below that level. It earns a profit margin above HUL which is trading at 54 PE whereas ITC is available at 19PE only. Nothing to lose only gain and gain as it will certainly perform better in next rally with so many positive points.