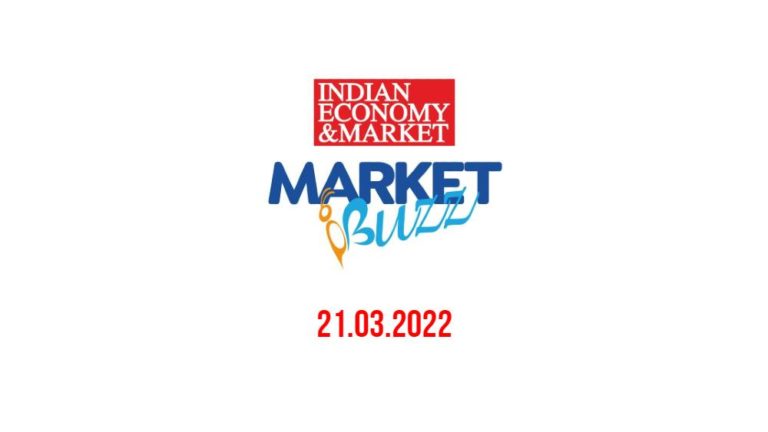 Pitti Engineering Ltd., the largest exporter of electrical laminations from the country, has come out with impressive Q3 numbers clocking 75 and 59 per cent increase in its sales and profit respectively. On 9 months basis its sales and profit were up by 96 and 321 per cent respectively. On TTM basis it has registered the highest ever best performance and management is hopeful this journey will continue. Right now at 18PE it is trading at its all-time high and still may record another new high.

SKF India, a subsidiary of global giant SKF group, is the pioneer in ball bearing manufacturing and with plants at Pune, Banglore and Haridwar, serves both – automotive and industrial sector. On 9 months basis its sales and profit were up by 44 and 48 per cent respectively. In December 2021 it was trading at Rs 4240 but now available at only Rs 3400. The deep correction provides good opportunity to long-term investors as it is set to regain the lost glory with economic recovery catching up.

Indo Count Industries, with 90 million meter per annum (MMPA) capacity is the biggest home textile company. It has recently acquired GHCL’s 45 MMPA home textile business and also adding 18 MMPA capacity to its Kolhapur’s plant. Thus, with total 153 MMPA capacity in FY23 it is going to be the largest home textile bedding company globally. December quarter was not good due to increased cotton price and big hike in container price but going forward downside is limited. From Rs 315 high in last October the stock is available at Rs 170 only and not to forget, on TTM basis the company’s sales, operating and net profit are at its all-time high.

Jindal Stainless Ltd., and Jindal Stainless (Hisar) are being merged together and the new entity will have world’s biggest stainless steel capacity. Jindal Stainless has come out with impressive Q3 numbers clocking 58, 68 and 156 per cent increase in its sales, operating profit and net profit respectively.

On 9 months basis its sales, operating profit and net profit were up by 78, 143 and 781 per cent respectively. On TTM basis the company’s sales, operating profit and net profit are Rs 18,643 crore, Rs 2688 crore and Rs 1435 crore. Its profit for 9 months itself is more than Rs 100 crore from its 5 years total profit. Trading at merely 6.5PE, the emerging new entity will benefit shareholders of both the companies in long term.

Southern Petrochemicals Industries Corporation is into fertilizer and chemicals producing 6.2 lakh tonne Neem-coated urea. It also produces different agri-products and chemicals. In Q3 its profit increased to Rs 60 crore from just Rs 6 crore in the same period last FY and in 9 months also profit increased from previous corresponding period’s Rs 25 crore to Rs 158 crore. On TTM basis operating profit and net profit are at its highest. Russia’s ban on fertilizer export will have positive impact on such companies. It seems the counter is heading towards Rs 75 any time.

Allcargo Logistics Ltd.’s board has given go-ahead to demerge the company in three separate companies – first will remain the logistic, second CFS & ICD and in third it will accommodate its equipment rental and other activities which will be known as TransIndia Reality & Logistic Park. This value-unlocking will be good for the shareholders. It has come out with impressive Q3 numbers clocking 115 and 242 per cent increase in its sales and operating profit respectively whereas net profit increased from Rs 14 crore to Rs 334 crore, a whopping 2277 per cent increase. It has never recorded such huge quarterly profit in last 10 years. This counter again is giving a good chance to investors after corrections as from a high of Rs 412 in January this year it is now available at Rs 326 only.

Solar Industries has a monopoly business producing explosives with definite market primarily Indian Defence Forces and mining sector. Its order book is always in healthy condition. In Q3 its sales and net profit were up by 58 and 31 per cent respectively whereas in 9 months the numbers were 53 and 48 per cent up. For last 10 years it has maintained sales and profit growth of 14 and 15 per cent respectively. There is hardly 5.05 per cent floating stock as promoters have 73.15 per cent stake, Mutual Funds 15.17 and FIIs 6.37 per cent. After correction it is available at very attractive price.

Timken India, which made a new high on last Thursday, had just one plant in Jamshedpur but acquired and merged a Bharuch-based company. It is into engineering bearing and power transmission products and a consistently performing company. It has come out with impressive Q3 numbers clocking 33 and 88 per cent increase in its sales and profit respectively. On 9 months basis its sales and profit were up by 64 and 128 per cent respectively. It is a debt-free MNC and can be a good pick on dip as the demand of its products are increasing gradually with economic recovery.

Talbros Automotive Components Ltd. is an auto-ancillary company producing Gasket and forging related ancillary products. Its Gasket division has major share in total revenue. On 9 months basis its sales and profit were up by 50 and 176 per cent respectively. In January it was trading at Rs 658 whereas now available at Rs 480, thus further downside is limited. In Q3 the well-known investor Vijay Kedia has acquired 2.27 per cent stake in the company whereas another ace-investor Dolly Khanna already has 1.71 per cent stake. With such impressive names and the corrected valuation the counter needs an attention.

ADANI POWER, with 12,410 MW installed thermal power capacity is the second after NTPC and in private sector the biggest company. Recently it has acquired Essar’s Madhya Pradesh based 1200 MW capacity Essar Power MP Ltd. In Q3 against Rs 289 crore losses it has recorded Rs 218 crore profit. The increased capacity and new market in MP will certainly give a boost to its financial performance in coming quarters.