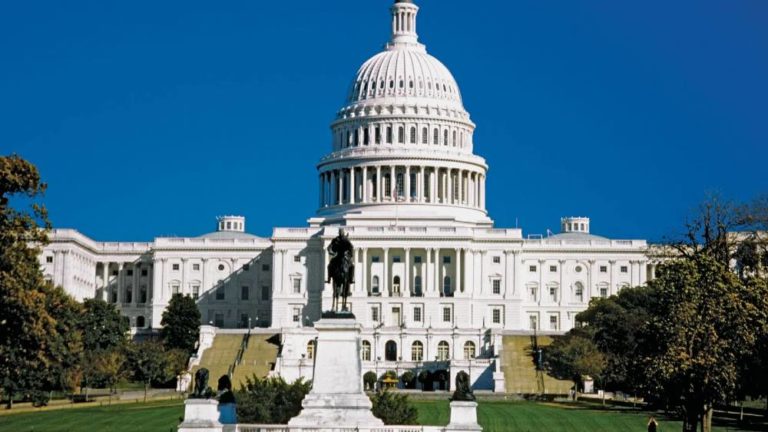 The U.S./ IMF just demonstrated to the entire world that it has the willingness and power to smash the ability of a world superpower to do anything useful with its foreign reserves. They can all be made worthless based on a political decision. The decision to cut off the Russian central bank’s access to $630 billion of foreign reserves has truly shaken the globe. Most of that is held in Special Drawing Rights, a unit of account maintained by the IMF as a claim on hard currencies, which means mostly dollars. Jeffrey Tucker says that a sudden decision to disable that access tremendously devalues the dollar as a store of value for central banks around the world. The implications could be devastating for the dollar as the de facto world-reserve currency.

A good rule in evaluating American foreign policy: Nothing is as it seems.

Everyone I know is playing the signaling game with regard to the Russia/Ukraine war. Who is the bad guy, and who is the good guy? Every American pundit seems to know with absolute certainty, all of which recalls the great insight of H.L. Mencken that we seem culturally incapable of comprehending complexity when it comes to any subject of foreign relations.

What’s remarkable here is how the populist pressure seems now to prevail over diplomatic wisdom. We saw that last week with the tremendous push to punish Russia through financial exclusion.

Who was harmed by this most? Look at the lines of citizens in the streets of Moscow, desperately trying to get their cash out of banks. Look at the value of the ruble. Look at the Russian stock market.

A few commentators mentioned that harming Russian citizens themselves is a great tactic because then the citizenry will turn on Vladimir Putin and pressure him to reform or resign. This opinion is unbearably naive. The last time I heard this was over U.S. intervention in Iraq: The claim was that attacking Iraq would lead to the overthrow of Saddam Hussein. Obviously, that didn’t happen.

The U.S. eventually just killed the guy. Is this where the U.S. and NATO are now with Putin? Not likely. With regard to Putin, not even the U.S. is this reckless. In which case, one wonders why this is happening. What accounts for this wild rhetoric?

It’s a display of appalling amateurism that would have been unthinkable a few decades ago. The people in charge today are silly people, without experience. That leads to massive mistakes.

The decision to cut off the Russian central bank’s access to $630 billion of foreign reserves has truly shaken the globe. Most of that is held in Special Drawing Rights, a unit of account maintained by the IMF as a claim on hard currencies, which means mostly dollars.

A sudden decision to disable that access tremendously devalues the dollar as a store of value for central banks around the world. That’s why such moves have been resisted in the past.

The implications could be devastating for the dollar as the de facto world-reserve currency. Why would central banks stock up for a rainy day if the U.S. is so ready and willing to demonetize its own currency when it opposes some policy of another government? The answer is that they will think very carefully before doing so in the future.

Until recently, the U.S. only took such actions as measures against terrorists. They were deployed against the Taliban and Iran. But nothing like this has happened with regard to a G-20 country that is a settled part of global supply chains. The psychological impact here will be felt around the world, particularly within China’s sphere of influence.

If a central bank’s saved reserves can be turned on and shut off like a light switch, the entire stock fails to achieve its purpose. The $630 billion would otherwise have been used to shore up the value of the ruble when it came under massive assault. Instead, the central bank had to sit back and watch the devastation, powerless to do anything about it.

Maybe the Biden administration thinks this is all fun and games, or perhaps some ridiculous display of bravado. But consider the implications for the future of the dollar as a world-reserve currency. If a currency can be regionally demonetized, devalued or otherwise completely smothered for purely political reasons, is it really a money at all?

It’s one thing — and evil enough — that the U.S. would urge the shutdown of its own economy for a virus, closing businesses by force in the ridiculous idea that it is somehow going to slow or stop the spread. That’s astonishingly dumb simply for the psychological impact on investors and business creators. It destabilizes and raises the worst possible question: How safe really is my property?

Now imagine this shutdown mentality applied to the world of international money and finance. The U.S. has said to the whole world that deploying dollar reserves can only happen with permission of the U.S. government and its allies. It has made the whole value or operational efficacy of the dollar itself contingent on political discretion! That’s not what money is supposed to be. A money that becomes that has harmed itself.

A mostly buried article in The Wall Street Journal sent the warning to just the right people:

“If currency balances were to become worthless computer entries and didn’t guarantee buying essential stuff, Moscow would be rational to stop accumulating them and stockpile physical wealth in oil barrels, rather than sell them to the West. At the very least, more of Russia’s money will likely shift into gold and Chinese assets. Indeed, the case levied against China’s attempts to internationalize the renminbi has been that, unlike the dollar, access to it is always at risk of being revoked by political considerations. It is now apparent that, to a point, this is true of all currencies. The risk to King Dollar’s status is still limited due to most nations’ alignment with the West and Beijing’s capital controls. But financial and economic linkages between China and sanctioned countries will necessarily strengthen if those countries can only accumulate reserves in China and only spend them there. Even nations that aren’t sanctioned may want to diversify their geopolitical risk. It seems set to further the deglobalization trend and entrench two separate spheres of technological, monetary and military power.”

Keep in mind: China owns $3.3 trillion in dollar reserves. That is a major factor in keeping the dollar king and limiting the inflationary impact of the Fed’s quantitative easing. Why would China trust holding these in the future? Will the shocking actions against Russia cause China to shift to commodities, gold or some other store of value, such as crypto?

If that happens, we enter into a new world. Which is to say: The dollar is being dethroned by incredibly stupid U.S. actions, the world economy is falling apart and global trade is no more. Economic, financial and monetary wars are the new normal. You would think that would be the headline. It’s not because most people cannot handle the truth. The WSJ article ends as follows: “What can investors do? For once, the old trope may not be ill advised: Buy gold. Many of the world’s central banks will surely be doing it.”

Let’s review the above in simpler terms. The U.S./IMF just demonstrated to the entire world that it has the willingness and power to smash the ability of a world superpower to do anything useful with its foreign reserves. They can all be made worthless based on a political decision. That decision takes a huge step toward effectively demonetizing the dollar for hundreds of millions of people.

Even if this conflict ends in some kind of diplomatic peace the lesson of the attack on Russia’s central bank will last for years to come. Indeed, it could:

Two years ago, some ridiculous policymakers said they would go medieval on a virus. With these disastrous decisions in Russia/Ukraine, we are stepping even further back in time to a new dark age.

What’s worse: My sense is that no one is really intending this as such. It’s the consequence of irrationality, ignorance, panic and shortsighted virtue signaling pushed by social media frenzies.

What a world and what a time! It will take decades to rebuild what’s been destroyed, and the effort hasn’t even begun.