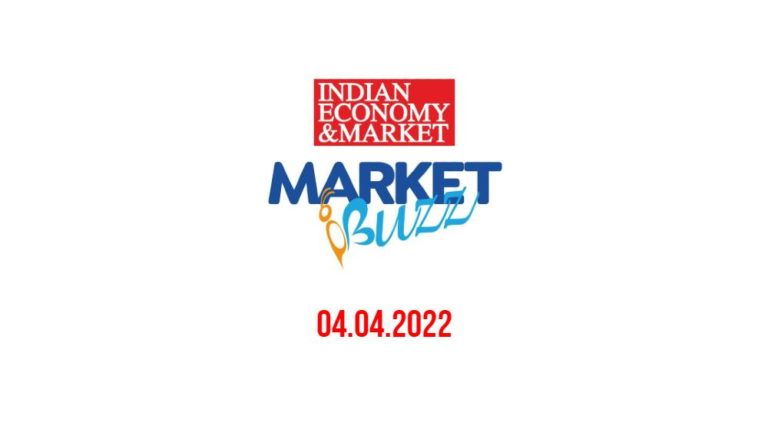 Rashtriya Chemicals & Fertilizers Ltd. has been discussed here in detail twice in last 4 months. The suspension of export by Russia, which produces 13 per cent of world’s total output, has taken its toll. The global impact on prices is now benefitting Indian companies. In a recent release the company said that its Industrial Production division has recorded a sales turnover of Rs 2450 crore against Rs 1134 crore in FY22, an increase of around 114 per cent. So the March quarter performance is also expected to be very good. Having been in a range of Rs 70-85 for a long time the stock has given a breakout on technical charts and trading at Rs 95. A three figure is very much in its grasp. Secondly with a record of paying handsome dividend it also has land parcel which is valued more than double its market cap.

Kolte-Patil Developers has its presence in the fast-developing markets of Pune, Mumbai and Bengaluru. In 9 months it has recorded a whopping 58 per cent volume growth in sales. Its Q3 numbers were the best ever in last 7 years. Management is hopeful regarding FY23 also as after completing more than 50 projects it has launched several new ones with a revenue target of Rs 4000-5000 crore. Thus for another 3 years the financial performance is likely to be very good. One more positive news is that during last two quarters Mutual Funds have taken another 3.35 per cent stake in the company.

Borosil Renewables is the only solar glassware producing company with a significant presence in USA and Netherlands. It manufactures a range of lab ware, scientific ware, and consumer ware products. Recently it has expanded the existing production capacity to 2.5 GW per annum and working on next expansion to add another 2.5 GW. In Q3 it clocked 20, 33 and 332 per cent increase in its sales, operating profit and net profit respectively. For 9 months these numbers are 51, 98 and 425 per cent respectively. There is huge demand in solar as the government too is focusing on this. The stock was almost idle for last 3-4 months but we expect some fireworks soon.

Indiabulls Real Estate, as we informed earlier our readers, has got its new non-Executive chairman. Mr KG Krishnamurthy, who was former MD & CEO of HDFC Property Venture, has taken over whereas the board has declassified the earlier promoter. After its merger with Embassy group its synergy will change completely. The group is now launching a 55 acres (44 acres of Indiabulls and 11 acre of Embassy) project in Gurugram, Mumbai and Bengaluru. Rakesh Jhunjhunwals holds 1.1 per cent stake. It was earlier trading at Rs 190 later it came down to Rs 100. Now there is no downside and it is available at reasonable valuation with so many positives.

Elecon Engineering Company, with specialization in the manufacturing sector of industrial equipment, is one of the largest Asian manufacturers of material handling equipment, industrial gear systems and mining equipment. On 9 months basis its sales, operating profit and net profit were up by 26, 59 and 262 per cent respectively. On TTM basis its Operating and Net profit are highest ever in last 12 years. In November last it was trading at Rs 219 and now available at only Rs 155. After such huge correction the counter has become more attractive.

Laxmi Organic Industries is a speciality chemical manufacturer, focused on two key business segments: Acetyl Intermediates and Speciality Intermediates. Acetyl Intermediates unit produces a wide range of acetyl products, including Bulk Solvents and Aldehydes. Its acetyl products have applications in diverse industries such as pharmaceutical formulations, printing inks, adhesives, coatings. It also manufactures Diketene with 55 per cent market share. On 9 months basis its sales, operating profit and net profit were up by 84, 79 and 108 per cent respectively. In September it was trading at Rs 628, later after making a solid base at around Rs 400 now it is ready to move up in a big way.

HDFC AMC was trading on March 23, 2020 at Rs 2300. Now after two years still it is hovering between Rs 2275-2300. In last January and September it went up to Rs 3350 for some days but after correction again it is trading at Rs 2275. In fact all the AMCs have performed badly in this period. However, as the FIIs sold around Rs 2,30,000 crore worth of shares in last 6 months, the market was not in a very bad shape. It was all due to the participation of retail investors who via their investment in Mutual Funds controlled the damage. Many AMCs are now looking attractive due to correction and HDFC AMC looks best out of the list, but we feel this risk free counter is better only for long term investment.

NCC, on December 31, 2021 had an order book of Rs 40,210 crore whereas its FY21 turnover is around Rs 7949 crore. It means the company has orders for around 5 years. In December quarter sales increased 42 per cent but profit was up merely 7 per cent. On 9 months basis its sales and net profit were up by 49 and 59 per cent respectively. In last July the stock was trading at Rs 100, now available at Rs 65. This is fundamentally a very solid counter in infra space.

Sequent Scientific is a leading Integrated API and formulation company with presence in Veterinary API’s & Formulations. The Carlyle Group acquired a majority stake in the company. It is country’s largest animal health company. It has facilities in Turkey, Brazil, EU and India and its Vizag unit is USFDA approved. The company was not performing well since many quarters. Its bad financial performance has been factored in its price. In June 2021 it made a high of Rs 336.50 and now trading at Rs 144. It seems now the downside is minimal but the counter has great potential and one can keep it in watchlist.