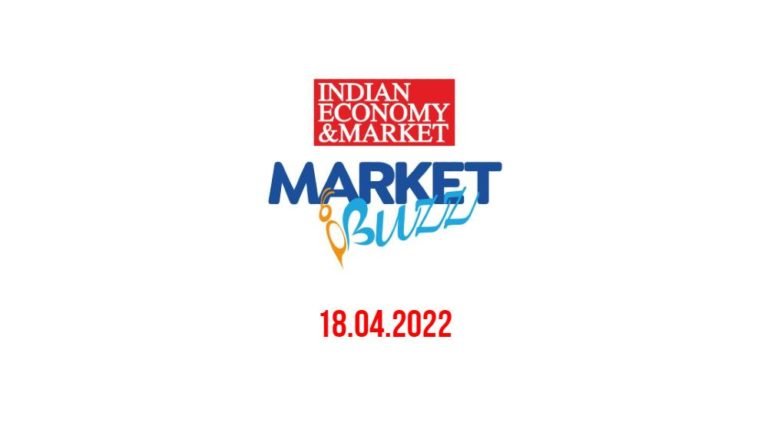 Ruchira Papers was first discussed here on March 14 when it was trading at Rs 88, and again on March 28, when it reached Rs 112. Such was our conviction. The stock made a high of Rs 129.70 after that. It has moved sharply and now it is available at Rs 123. The company manufactures craft as well as writing papers. On both front the demand and price is increasing. With a book value of Rs 113, we feel still it has some fire left to cross Rs 150 shortly.

Shipping Corporation of India is believed to be undergoing divestment process. In December last year, the government invited expressions of interest to divest 63.75 per cent. The SCI management has decided to demerge non-core assets and restructure the company. The process is on. In Q3 it clocked 71, 109 and 137 per cent increase in its sales, operating profit and net profit respectively. On TTM basis this is the best numbers in last 15 years. Its all-time high was Rs 221 whereas it is trading at Rs 134, having a book value of Rs 178. A strong re-rating candidate.

IIFL Finance, with strong focus on retail, is a diversified NBFC company which provides home finance, gold loan, business loan and many business related finance to more than 6.5 million customers. Its gold loan portfolio is considered to be huge. On 9 months basis its profit has increased 69 per cent. Last 6-7 quarters were not good for most of the NBFCs but this company on TTM basis recorded the highest ever profit. During last two weeks it has shown comfortable upmove yet trading at only 12.5 PE. In last 8 trading sessions it has moved up Rs 100 so entry should be strictly after a correction,

JM Financials is highly undervalued NBFC stock. On 9 months basis its sales and net profit were up by 22 and 44 per cent respectively. On TTM basis it has registered the highest ever net profit. At present trading at 9PE, it was available at Rs 192 when its profit was Rs 601 crore and now when profit is Rs 771 crore it is trading at around one third of that level at Rs 71. However, after December 9, 2021 the stock registered first time the highest daily volume with 47 per cent delivery mark on last Wednesday which indicates someone is accumulating at lower levels. No further downtrend is possible so nothing to lose at this price.

Allcargo Logistics Ltd. was first discussed here on March 21 when it was trading at Rs 326 and now has moved to Rs 375. As mentioned earlier, its board has given go-ahead to demerge the company in three separate companies –the logistic, CFS & ICD and third to have the equipment rental and other activities to be known as TransIndia Reality & Logistic Park. This value-unlocking will be good for the shareholders. It has come out with impressive Q3 numbers with 242 per cent increase in its operating profit whereas net profit increased from Rs 14 crore to Rs 334 crore, a whopping 2277 per cent increase. It is flying upwards with no holds barred and we feel still has to go up and up.

Jai Corp attracted investor’s attention during Reliance euphoria when in January 2006 it was trading at Rs 6. Within two years, due to some reasons including the promoter’s proximity to Mukesh Ambani, the stock was trading at Rs 1450. But investor’s high hopes were dashed shortly and a year later in January 2009 it was back to Rs 60. From 2009-2022 the counter has been oscillating between Rs 40 and Rs 200. During this period there has been nothing to talk about – sales figure almost same and reduction in operating and net profit numbers. Whenever land bank story captures the market, this counter moves only to be back again. At present it is trading around Rs 135 but the kind of momentum it is registering these days, momentum players can keep an eye on the counter to make some quick gain.

CL Educate Ltd., engaged in education sector, is another such stock which teaches investors a lesson. During market frenzy we see the market is flooded with IPOs many of them only to give investors pain for a lifetime. This stock belongs to that category. Its IPO came at Rs 502 in 2017 and was listed at just Rs 402. It could never reach to its IPO price although in 2020 it came to Rs 15. Due to Covid the education sector was subdued but now it is coming out from the dark clouds and coupled with this on technical charts we find this counter too may move upward.  Risk takers can keep an eye.

BF Utilities, a Baba Kalyani group company, has not at all performed since ages. Even its reserve and thus book value is in negative. Still at times it jumps on its land bank story. The company has some disputed land parcels in Karnataka and that story makes round at intervals mostly when there is a regime change in the state or news regarding SEZ comes up. In 2007 it was trading at Rs 3075. This is a high beta stock and the reason behind the sudden upmove seen on last Wednesday at this counter has surprised analysts. A close watch is required before someone decides to jump in the bandwagon.

Aegis Logistics is a leading oil, gas, and chemical logistics company. The Group has five distinct but related business segments, and operates a network of bulk liquid handling terminals, LPG terminals, filling plants, pipelines, and gas stations to deliver products and services. It also runs Aegis Autogas stations and operates internationally through its sourcing and trading subsidiaries located in Singapore. Its financial performance has been stable but on TTM basis it has clocked the highest operating and net profit. With 15.52 per cent FIIs stakes the company will see huge demand due to Ujjavala and other government schemes. The company has also an expansion plan in progress. Smart investors can keep the counter on their watch list.

PRAJ INDUSTRIESS LIMITED is engaged in the design, manufacture, supply and commissioning of fermentation and distillation equipment for the manufacture of ethanol. The government is aggressively pushing ethanol blending forcing the companies to go for capacity expansion. To do this Praj is their first and last resort. So on demand front there is no worry. In Q3 it clocked 68 and 32 per cent increase in its sales and net profit respectively. For 9 months sales, operating profit and net profit were 104, 189 and 219 per cent respectively. On TTM basis it has posted the highest ever sales, operating and net profit in its history. A strong move is expected hereon. Good for long term portfolio.