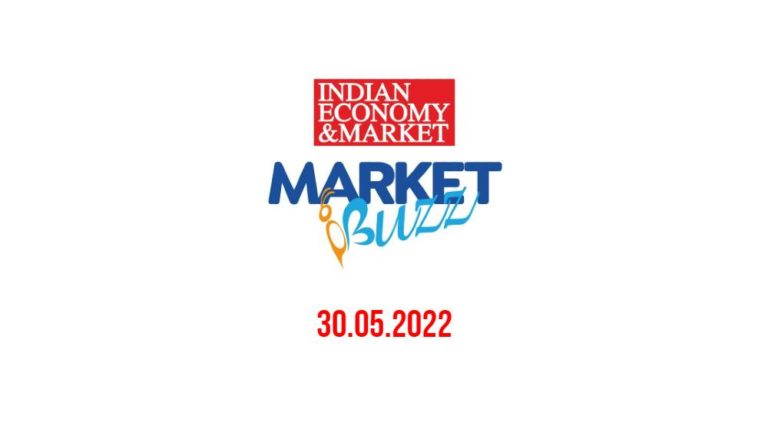 Sigachi Industries Limited’s products have applications in the pharmaceutical, nutraceutical and supplement industries, the food ingredients industry and the drug formulation sector. With one unit in Hyderabad and two units in Gujarat the company came out with its IPO last year at Rs 163 which was subscribed 102 times, got listed at Rs 575, and later went up to Rs 648. Both its units in Gujarat are undergoing capacity expansion. For the full FY sales was 30 per cent up, operating profit 37 per cent up and net profit 32 per cent up. With clear growth visibility the stock is available at Rs 270. A good bottom fishing candidate.

Exxaro Tiles is one of the fastest growing vitrified tiles company. With its 2 plants and presence in 24 States, and after paying all its long term debt it is the best in its sector. It has surprised with its financial numbers as Q4 was the best in last 4 quarters despite increased gas price. The sales was up by 14 per cent and net profit by 72 per cent. On yearly basis the numbers were 28 and 19 per cent respectively. The company has signed Ajay Devgan as its brand ambassador and entering in a big way to tier 3 and 4 space. At its Talod plant the company has started manufacturing Big Size Slab Glaze Tiles. In October 2021 the stock was trading at Rs 173 and now available at Rs 115 after a huge correction. There is no downside risk with so many plus points.

Automotive Axles is a JV between Kalyani group and Meritor Inc., USA with 35.52 per cent stake of each. The company manufactures drive axles, non-drive axles, specialty & defense axles and drum & disc brakes for the major domestic and global manufacturers of trucks & buses. In Q4 the company has clocked 30, 39 and 46 per cent increase in its sales, operating profit and net profit respectively. On the yearly basis numbers were 65, 105 and 227 percent respectively. Stock has been in a narrow range of Rs 1400-1700 for a long time but revival is seen in the commercial vehicle space and the stock may soon touch Rs 2000.

Heranba Industries is an agro chemical company with 4 manufacturing facilities and presence in 65 countries with 9400 dealers. Its 42 per cent revenue comes from exports. In FY22 the company has clocked 19 per cent increase in its sales and 23 per cent increase in net profit. With ROE of 30.4 and ROCE 38.5 per cent the stock is trading at 12PE. For FY23 the management has given strong guidance with 18-20 per cent operating profit margin. From its Rs 945 level some time back it is available at Rs 568. In agro chemical space it is the best choice for any investor.

Anant Raj, one of the leading real estate developers in the NCR, has posted good Q4 numbers clocking 88 and 169 per cent increase in its sales and net profit respectively. On year basis its sales, operating profit and net profit were up by 85, 115 and 342 per cent respectively. Rakesh Jhunjhunwala holds 3.39 per cent and Singapore government 2.46 per cent stake in the company. Its Book Value is Rs 89. From its peak of Rs 85 it has drastically corrected and trading now at Rs 52 only. Nothing to lose at this level.

Karnataka Bank has posted some of the best numbers. Also bank stocks are on a fly zone last few trading session. In FY21 Karnataka Bank paid 18 per cent dividend and in FY22 has declared to pay 40 per cent. With the stock trading at Rs 60 and dividend of 40 per cent the dividend yield comes about 6.6 per cent – almost similar to Fixed Deposit. The stock is a very safe bet considering its Rs 213 book value. If one has a mid-term investment horizon then one should not miss keeping this stock in his portfolio.

Uttam Sugar Mills is among the leading producer of Double Refined Sugar. It is also into ethanol and power. Well-known investor Anil Goel and his wife Seema Goel have 7.05 per cent stake. News from government recently was the reason for the deep correction in the sector. Our long term view is intact. During March quarter profit increased 119 per cent and for the full FY it was 126 per cent. In the FY22 the company has registered highest ever sales, operating profit and net profit. Good as a fine company from sugar space for a Long term view.

LIKHITHA INFRASTRUCTURE is engaged in providing oil & gas pipelines, city gas distribution projects, Cross-Country Pipeline Projects, and operations and maintenance services as well. Since government is focusing on gas related infra and providing gas licenses for cities, Likhitha is going to be its major beneficiary as it already has orders to last for 3-4 years. For FY22 the company has declared good financial numbers as sales increased 35 per cent and net profit was up by 59 per cent. A debt-free company trading at 11.4PE it was trading at Rs 480 in June 2021, now available at just Rs 265 and has an investment of Rs 39 crore in its books. As and when market sentiments will improve the stock will get its wings back.