It has become possible to connect with anyone, anywhere in the world, at any time and logistically, goods and services can be shifted around the globe, while being tracked reliably and the transit time between departure and destination can be estimated with fair precision 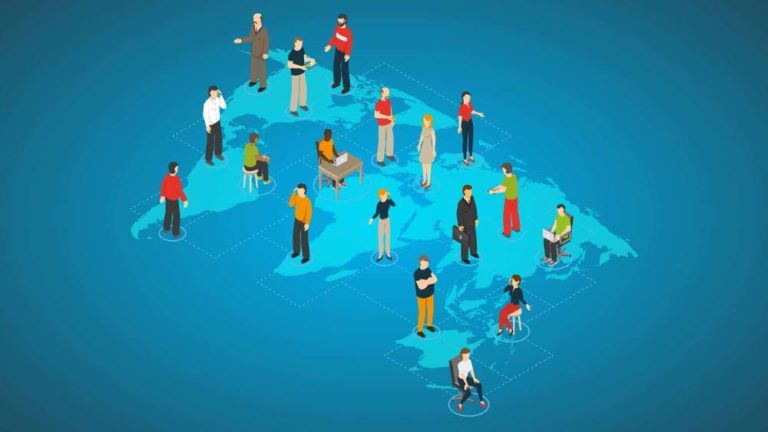 We live in a ‘global village’. What does that even mean? And why isn’t it ‘global city’ or ‘global town’?

The term ‘global village’ was coined by Marshall McLuhan in the early 1960s. Being a Canadian philosopher who studied media theory, he was referring to the fact that with the advent of the radio and then the television, content (information and entertainment) was being produced locally and consumed across the world by global audiences. This was much the same way as communication and information sharing works in a village. The news of any incident is rapidly conveyed around the entire village, with no scope for boundaries or discretion.

As time went by, the phrase ‘the world is a global village’ was generalised to mean much more. When trade enabled people to gain rapid access to goods from other countries, the phrase came in use; when technology made its way across national borders, again the same phrase popped up; when relationships became long distance – again the world was likened to a global village.

With advancements in digital technology, this notion became further reaffirmed. It has become possible to connect with anyone, anywhere in the world, at any time and logistically, goods and services can be shifted around the globe, while being tracked reliably and the transit time between departure and destination can be estimated with fair precision. There are various other instances of technology opening up global opportunities – such as remote job and business opportunities, access to information and funds, etc.

So in most contexts, the reference to ‘global village’ is positive. It suggests living without restrictive boundaries and beneficial sharing across borders. But there are times, as in the case of the recent pandemic, when living in an interconnected world comes at a cost. From the Spanish flu, which prevailed during World War 1, to the Asian flu, Hong Kong flu, HIV, SARS, Swine flu, MERS, Ebola and Covid-19, major pandemics in the 20th century spread more rapidly and much further than equally virulent strains of disease, such as cholera, in earlier centuries. While these diseases wreaked havoc across the world, on the bright side, it was heartening to witness levels of cooperation between nations in search of cures and the support that was extended across borders. Nevertheless, the entire global village is adversely impacted at such times.

At another level, contagion of economic and financial adversity is another price that must be paid for living in a global village. Take for instance the current global concerns about food inflation, triggered by the conflict between Russia and Ukraine and a breakdown in global supply chains. In complete contrast, in 2021-22, India’s food-grain production touched a new record with both kharif and rabi output crossing the final estimates for 2020-21 as well as the targets set for 2021-22. However, the prices of commodities in India are rising rapidly, in sympathy for global price rises.

This is true for financial markets too. During the sub-prime crisis in 2008, Collateralized Debt Obligations or CDOs and other ‘exotic’ financial instruments took the debilitating impact of poor quality mortgages in the US across the world, impacting financial markets across the globe. And such debilitation is not limited to times of crises; there’s a popular quip, “When the Fed sneezes, the world catches a cold”, which reflects the reality of the world’s dependence on monetary policies in the US, since the USD is the reserve currency of the world.

There are other more esoteric apprehensions with the notion of the world being a global village. Some sociologists and philosopher’s express concerns that it leads to cultural domination and thereby loss or fragmentation of less dominant but valuable cultural knowledge. This is, perhaps, best illustrated by the loss of knowledge of holistic ancient practices of healthcare and medicine as the world moves towards a more corrective and fractured approach towards this science.

So what does being a global village mean for our future? And how do we make sure that the benefits are amplified without the adversities dragging everyone down?

Clearly, there is a need for guard-rails that keep inter-dependence from becoming too all-pervading. The philosophy of Aatma Nirbhar Bharat and its emphasis on economic resilience may be a prototype for economic guard-rails. There is the need for similar resilience to the adverse impacts on other aspects of global village life. Whether these will emerge as a response to crises or evolve in the natural order of progress, only time will tell.