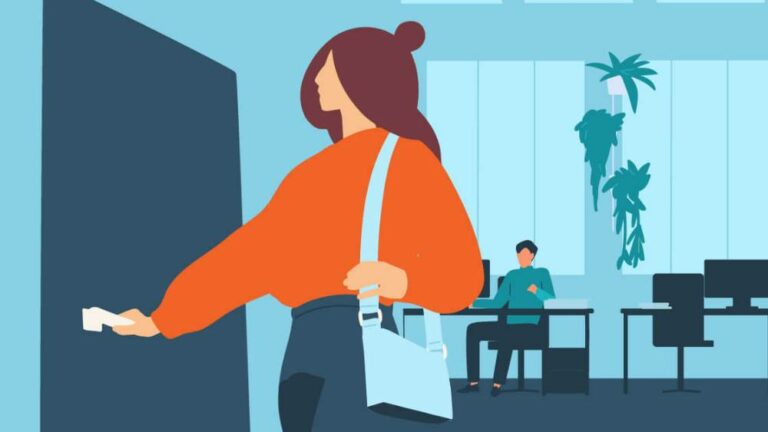 A report reveals that women account for a larger proportion of frontline workers – in the health and social care sectors. Due to the increased importance of unpaid care work and a larger duty of women towards their households leads to a lesser contribution towards their jobs – thereby affecting them more than men. C. Nikole Manson, called this economic crisis a ‘she-cession’. This is in opposition to the Great Recession of 2008 – which was considered as a ‘mancession’ – the term being coined by Mark Perry. Beohar Adwait Sinha discusses how the Indian economy is quite deeply hit by she-cession and, how by stressing upon the use of Womenomics extensively it can achieve both – better GDP growth rates and development of an inclusive society.

In the past few decades, the importance of participation of women in economic activities has started receiving worldwide attention. International organisations are making efforts to ensure that women across the globe explore and partake in proper income-generating activities without compromising on routine household activities. Indeed, more emphasis has to be put on the same especially in many lower and middle-income countries – which are yet to explore the bountiful benefits offered through the full integration of the female labour force in the mainstream workforce.

In fact, significant progress has been made on that front. Taking the example of India, female scientists involved in the launch of Chandrayaan-2 created history – contributing to a field which has been immensely male-dominated since decades. Moreover, government policies are also being formed keeping equal gender participation in mind. A recent ruling, by the Supreme Court allowing women to give the National Defence Academy’s (NDA) entrance test, points towards the same. This would allow for permanent commission of women officers in the armed forces. Opposed to being completely confined within the realm of unpaid household care-work, women have increasingly started to take up formal jobs and start various entrepreneurial ventures.

The Birth of Shecession

The pandemic-induced-lockdowns in 2020 and 2021 indeed shattered the global economy to a great extent. Frequent recessions, delayed and reduced payment of wages, widespread layoffs and many businesses going bankrupt was not uncommon. Research suggests that due to the pandemic, men faced a relatively higher impact on the health front whereas women faced a relatively higher impact on the economic front. On deeper insight, it reveals that women were affected by the pandemic much more and on a much worse level as compared to men.

A report by the International Labour Organisation (ILO) revealed that women account for a larger proportion of frontline workers – in the health and social care sectors. Furthermore, due to the increased importance of unpaid care work and a larger duty of women towards their households leads to a lesser contribution towards their jobs – thereby affecting them more than men. Due to the same, C. Nikole Manson, president and CEO of the Institute for Women’s Policy Research, called this economic crisis a ‘shecession’. This is in opposition to the Great Recession of 2008 – which was considered as a ‘mancession’ – the term being coined by Mark Perry, an Economist from the University of Michigan.

The Cherie Blair Foundation for Women conducted a survey across 32 countries to assess the effect of the pandemic on women entrepreneurs. Some astonishing findings of the report were that almost 83.8% women who were surveyed reported a negative impact on their businesses owing to the pandemic. Some women were resilient enough to completely revamp their businesses into supplying pandemic-essential items like masks and PPE kits. However, since many governments in low and middle-income countries did not provide any compensation for the loss of income due to the pandemic, many women entrepreneurs had to witness extreme hardships.

Women not indulging in self-employment activities were not spared from the devastating economic effects of the pandemic. Data from ILO mentioned that almost 40% of all employed women globally worked in the sectors most hit-hard due to the pandemic. These included accommodation and food services, wholesale and retail trade, real estate, business and administrative activities, and manufacturing. In contrast, the contribution of men in these sectors was relatively lesser at 36.6%.

In the above context, the picture in the Indian subcontinent also looked quite grim. An analysis by Azim Premji University pointed out that only 7% men lost their jobs during the first lockdown in 2020. This was in stark contrast to 47% women losing their jobs during the same period and not returning to work by the end of 2020 – indicating shecession in developed parts of India. In lesser developed parts of the country – mostly rural areas, women have a significant contribution to their low-income labour families. According to the Population Foundation of India, sudden lockdowns resulted in millions of migrant women being unemployed and facing acute food shortages thereby increasing the financial burden on their families. Therefore, the Indian economy was also quite deep hit by shecession. The situation in other low and middle-income countries was not very different.

Womenomics was a policy reform in Japan, which was intended to correct multi-fold problems in the Japanese economy: the issue of labour shortage (and low female participation rate), gender inequality and other demographic challenges. Womenomics was based upon the idea that including women in the economy would give the Japanese economy a much-needed economic boost. In 2013, Japan adopted this concept as a core pillar in growth strategy.

The Idea of Womenomics

In order to combat the aforementioned long-term effects of shecession and avoid such a large-scale shecession in the future, it almost seems inevitable to take women into special account during economic planning. An updated report by McKinsey Global Institute warns that if gender-responsive actions are not taken during the pandemic, it could result in a loss of $1 trillion global GDP by 2030. Thus, adequate policy measures need to be undertaken by each country to support and empower their female workforce.

In this context, the concept of ‘Womenomics’, with certain revisions, can act as a game changer. Coined by Kathy Matsui, chief Japan strategist for Goldman Sachs, Womenomics was a policy reform in Japan led by former Prime Minister Shinzao Abe. Introduction of the same was intended to correct multi-fold problems in the Japanese economy: the issue of labour shortage (and low female participation rate), gender inequality and other demographic challenges. Womenomics was based upon the idea that including women in the economy would give the Japanese economy a much-needed economic boost.

In 2013, Japan adopted this concept as a core pillar in growth strategy. There existed many issues with this concept like unsustainable gains and due to the pandemic quite a great amount of progress made was undone. However, in order to combat shecession, womenomics might act as a life jacket.

Rather than following the Japan model, every economy – whether advanced or developing can adopt the concept of Womenomics and tailor the same to suit their respective work demographics and the situation of women in their respective nations. However, the core values and the goal should not be compromised with, i.e., economic empowerment of women – thereby leading to fuller realisation of the potential of the female workforce. Governments across the world can start inculcating the same by identifying sectors having an immense contribution of women.

Despite economic activities returning back to pre-pandemic levels and economies re-gaining their lost growth rates, an element of shecession still remains in society. Womenomics indeed seems like a useful tool which can not only battle shecession, but can also lead to greater gender equality levels worldwide. This would also act as a catalyst for each country in pushing them closer towards achieving Sustainable Development Goal 5 (Gender Equality).

India has been witnessing a downfall in Female Labour Force Participation Rate for the past few years. However, increased participation in the gig economy continues to be an exception. In a report by the Ola Mobility Institute, it was found that compared to men, women have better ratings for delivery, lower attrition rates, and improved productivity at warehouses. Thus, women tend to be in great demand at delivery hubs and fulfillment centers. The said report also highlighted another interesting fact: the number of women employed in the delivery industry increased by almost 70% – from 40,000 in 2018 to 67,900 in 2019. Due to the immense benefits accruing to women workers in the gig economy, such as flexibility, asset ownership, easy finance, generation of an additional source of income, etc, the aforementioned trend is here to stay. However, the gig economy is also home to a plethora of problems such as lack of a proper employment contract, online harassing, etc.

In this context, Indian Womenomics can be thought of as a necessary intervention by the government as a regulatory organization. The introduction of the Code on Social Security 2020 identifies a new category of labour – gig and platform workers and includes them under the umbrella of social security administration. The same can be thought of as a policy decision under the umbrella of Indian Womenomics. Other such interventions in this sector may include introducing a mandate to provide a formal agreement for gig work.

Policies strengthening skill development on these platforms are critical for the holistic development of the woman gig worker. This would lead to the economic empowerment of women and addition of women labour into the mainstream workforce – exactly what Womenomics stands for. Other sectors involving such huge participation rates by women need to be identified and adequate steps need to be taken to ensure proper empowerment.

Upon fully re-integrating females with the mainstream workforce, India, a country abundant in labour would be able to harness the full potential of its human resources. Each additional unit of output, even though coming majorly from the informal sector would add to GDP growth, thereby catapulting the Indian economy out of shecession.

A similar instance is the case of Australia. The Australian Government advocates women’s economic empowerment and gender equality quite strongly. In the pacific, almost 75% to 90% market vendors are women. Australia has supported them by making these markets safer, healthier and more accessible. The same encompasses Australian Womenomics. Furthermore, the government’s ‘Investing in Women’ programme serves as a beacon for Australian Womenomics. Under this programme, many South-Asian companies have undertaken Covid-19 impact assessments and adjusted their Gender Action Plans accordingly. The same would indeed lead to empowerment of women and thus be helpful in combating shecession.

Instances of innovative forms of Womenomics exist for various other countries too. Those countries, which still have not come up, with such a creative solution to combat shecession, need to understand the gravity of the situation, and take adequate steps to empower women.

Despite economic activities returning back to pre-pandemic levels and economies re-gaining their lost growth rates, an element of shecession still remains in society. Womenomics indeed seems like a useful tool which can not only battle shecession, but can also lead to greater gender equality levels worldwide. This would also act as a catalyst for each country in pushing them closer towards achieving Sustainable Development Goal 5 (Gender Equality). In order for countries to reap full benefits of this concept, innovative policies have to be formed while keeping in mind the present scenario of shecession in their respective countries.

If not carried out properly, the concept may collapse as it did for Japan during the Covid outbreak. The United Nations can also stress upon the use of Womenomics by member counties extensively to achieve both – better GDP growth rates and development of an inclusive society.

About the author: Beohar Adwait Sinha 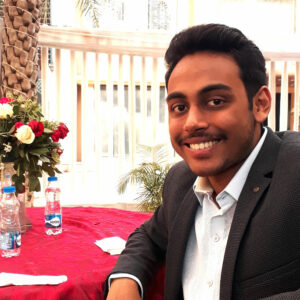 The author is a senior-year research-baccalaureate in Economics at SNU. He is a recipient of awards and scholarship. He has also been associated with various research institutions and think-tanks like NITI Aayog, Centre de Sciences Humanies (French Ministry of European & Foreign Affairs) and Aga Khan Foundation. He writes in popular periodicals on the economic perspectives of societal issues.