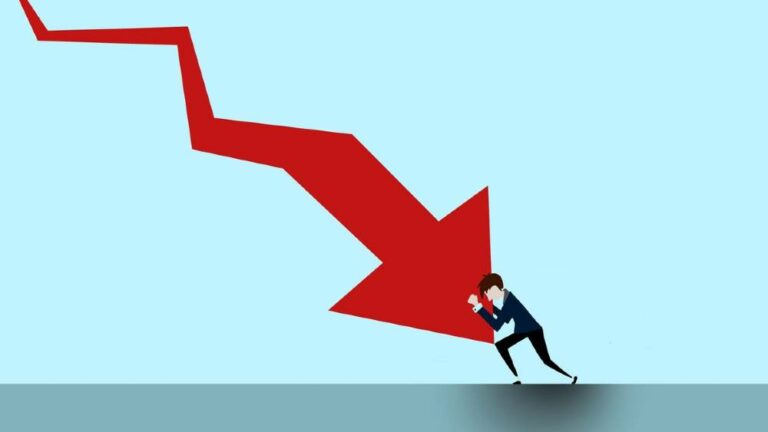 Global financial services group, Nomura is predicting a ‘procession of recessions’. It expects a number of major economies to enter a recession within the next 12 months as tightening monetary policy and surging commodity prices choke off global growth. The US, Euro-zone, UK, South Korea, Australia and Canada are all expected to witness economic contraction with different levels of severity and for varying time frames.

The line-up of usual economic suspects behind these recessions includes rising interest rates, high inflation, negative consumer sentiment, etc. However, if we step back a little, we notice the root of all these symptoms leads back to one prominent protagonist-turned-antagonist – an extended period of easy money.

For over a decade, central banks in the US, Europe and even some parts of Asia, largely followed an easy money policy. It all began after the financial crisis of 2008, when the US Federal Reserve (the Fed) initiated a rapid surge in credit to bail out its struggling economy. Interest rates were low, making money cheap and more funds were made available too. As is typically the case, this trend was followed by the European Central Bank and Bank of Japan who were more cautious but effective with their own easy money policies.

What they were doing seemed to be working; with lower interest rates, businesses could borrow cheaper and expand faster and the global economy enjoyed a relatively uninterrupted phase of growth with manageable levels of unemployment. There were economic adversities that came and went, such as asset bubbles and overvaluation in equity markets. But nothing was as adverse as the impact of the spread of pandemic across the globe.

Governments and central banks responded promptly. They commenced fiscal stimulus and monetary easing to keep their economies afloat. These remedies were effective. The world seemed to recover tentatively after a year of experiencing its worst recession.

But just as major economies seemed to be out of the woods, there’s now talk of recession. What went wrong? Despite keeping the global economy in good health for over a decade and even getting the world to recover fairly quickly from one of the worst health + economic crises it has experienced in current times, expansive monetary policies came at a cost – raging inflation.

In the recent past, commodity prices have been rising all over the world. Of course, inflationary pressures across the globe were aggravated by supply chain disruptions, which came as a fall out of the Russian invasion of Ukraine. Such supply side bottlenecks will give rise to commodity price hikes. However, as any basic text book in economics will explain, having abundant funds chasing scarce commodities aggravates inflation.

Central banks have begun to do what they typically do to mop up excess funds and rein in inflation – follow tighter monetary policies. They are raising interest rates and using other monetary mechanisms to draw money out of the system. But for now, recession seems to loom large as inflation is hitting businesses and individuals, impacting all three legs of a typical vicious economic cycle.

So the moot question is: ‘Is the world economy moving towards a recession?’

Most institutional economic observers seem to think that major economies of the world are heading for negative growth for at least two quarters each (which is literally the common definition of a recession). However, the heartening news is that despite all the bad news with respect to inflation, rising interest rates and monetary tightening, corporate profits are high and unemployment is low, especially in the US; being the largest economy of the world by far, any good news in the US should be of comfort. While these metrics could get impacted with a lag, there’s a sliver of hope that supply chains get formed rapidly and central banks around the world can work their magic to correct inflation before the real economy gets badly impacted.

More importantly, there are precious lessons for the world from the current monetary crisis.

There’s no such thing as a free lunch:

This ancient saying in Economics suggests that everything comes at a cost. So, years of access to money at low (sometimes zero) interest rates, typically leads to a situation of high inflation. Sometimes it can be managed but if it’s too much easy money for too long, there are likely to be consequences.

Fueling inequalities is undesirable, even economically:

Without moral judgement attached to the notion of severe inequalities in wealth, economic trends suggest that if fewer people have larger amounts to spend, they are unlikely to spend it on a broader base of goods. By deduction, the expanding money and low interest rates were going towards making businesses more profitable and business owners wealthier. Having lower interest rates would have been healthy for the economy if higher profits translated into higher wages. But stock market trends indicated, in more ways than one, that higher profits meant more wealth for the wealthy.

Economic interconnectivity comes at the cost of economic contagion:

As the US is the world’s largest economy, economic trends there are transmitted to Europe and other developed economies as well as emerging economies, in proportion to the extent of their interconnectivity. This means economic policies (and even mistakes) made by the US Government and the Fed impact the world through the same transmission mechanism.

In this digital era, where corporates are expected to be strategically agile if they hope to survive and thrive, no less can be expected from governments. In barely one year, i.e. 2020, the US money supply alone went from around USD15.5 trillion to over USD18 trillion and reached USD22 trillion by 2022. Now, increases like these could play out over months and years and by June 2022, US inflation spiked by 9.1%, the highest rate clocked in four decades. In spite of these alarming figures, the Fed waited till March 2022 to raise rates. It started with a quarter percentage rate hike and then went on to announce bigger hikes. By then, around the world, over 60% of countries were facing high inflation. Central banks outside the US began raising interest rates, too. But all this was a response that was ‘too little too late’ to have any substantial impact.

One of the leading duties of a central bank is to protect the purchasing power of its currency and use interest rates and other tools in its armoury to keep the economy growing steadily. It appears that the Fed and many other central banks did not anticipate inflation would rise so rapidly.

Looking ahead, could digital technology – Artificial Intelligence, Big Data and analytics, etc. – be employed to save the world from the next global recession?