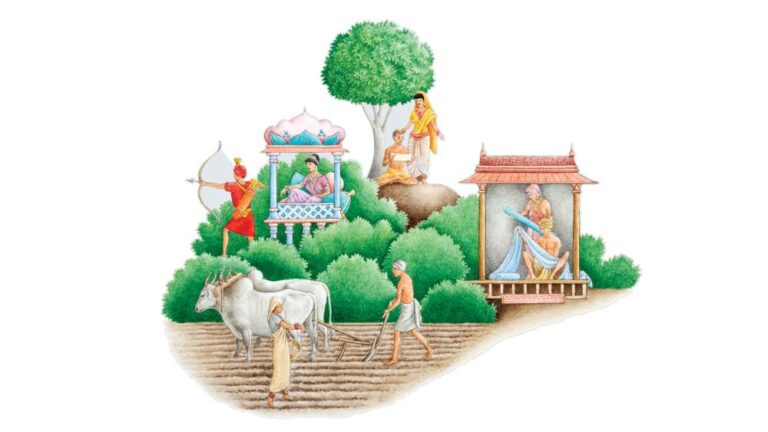 The international Dictionary of Thoughts, a one-volume library of quotations, designed and arranged as ready reference to a wealth of significant thoughts from the distant past to our own times, remains silent to the word ‘caste’. So is the Bible. So is Shakespeare.

Probing into the matter, I found to my surprise that nobody outside our country ever bothered to tickle the word ‘Caste’. No wonder that the above said reference volume with some 20,000 quotations spilled by eminent and great minds plays ignorant to the much used and abused word. Perhaps the word passes for an Indian affair.

Once in Toronto, Canada I was introduced to a scribbler like me. He was a German and we had an excellent lit-chit-chat, all in English. All on a sudden, he expressed his wish to know to what caste I belonged. With a smile I answered, “Kshatriya”. What do you mean by that? That was his next question. “Warrior” I answered. He could not control his laughter. He heckled and I was unable to make any head or tail of his reaction. Seconds later, I heard amidst his chuckling, “Where are your armour, sword, and shield?” I blinked for a moment and then I began to read between his lines.

Several questions cropped up. The one that topped the list was: can I call myself a warrior, because I am born in a family whose ancestors fought for their king? That set me thinking.

Ancient Tamil lore speaks of only two Castes, Male, and Female. Avvaiyar, the well-known woman-sage took up the matter further and in the second quatrain of her work, ‘Nalvazhi’ (Wise Path) wrote, which in my translation would read:

There can be no Castes but only two.

Those who give, belong to the higher caste

Those who do not, belong to the lower caste.

This is what all sacred texts preach.

The Matter is settled. Now we know who can proudly call themselves ‘Higher Caste’ and who can be looked down upon as ‘lower caste’. Still there are people who cling on to their castes, though it serves no purpose but only to boost their ego, and undermine others only to gain superiority over them.

Eminent men and women looked at this caste system, as did Avvaiyar and several others.

Mahakavi Subramania Bharati who spent a decade in Pondicherry and produced the best of his writings here, was once having a chit-chat with Panjamars (outcaste). One casually asked the poet, “It is said that the Aryas divided the people into four Castes – brahmins, kshatriyas, vysias and shudras. The first generated from Brahma’s face, second from his shoulders, the third from his thighs and the fourth from his feet. Then what about the Panjamars? From where did we generate?”

Broadminded Bharati laughed to his heart’s content and amidst his ha…ha…ha…said: “The four generated from here and there of the invisible one. But the panjamars surely generated from their parents,” and made his friends roar with laughter.

The caste system was firmly established in our country even during the time of the Buddha, the enlightened one. A person’s position in society, as per the system, was determined from the time he was born. Yet the Buddha considered the caste system as unjust and condemned it, by saying, “There exist wicked and cruel people as well as virtuous and kind people in every caste. Any person who had committed a crime would be punished according to his karma no matter what caste he belonged to. A person may be considered to have come from a high or low caste according to his good and bad deeds.”

Further by declaring: “By birth is not one an outcaste, / By birth is not one a brahmin; / By deeds is one an outcaste, / By deeds is one a brahmin”, the Buddha introduced the idea of placing a higher value on morality and the equality of man instead of into which family or caste a person is born into. In the history of humanity, it was perhaps the first attempt to abolish discrimination and slavery.

Chapter 4, verse 13 of ‘The Bhagavad gita’, in Dr. S.Radhakrishnan’s translation reads: “The fourfold order was created by me according to the divisions of quality and work. Though I am its creator, know me to be incapable of action or change.”

Almost all commentators of the Gita agree that this is the most misunderstood and misused verse. They invariably say that the emphasis is on guna (aptitude) and karma (function) and not jathi (birth). But the caste system has changed its character in the process of history.

One can do no better than quote Swami Chinmayananda to understand the true significance of the verse in question. “From the standpoint of the State, a doctor and a tongawala are as important as an advocate and a mechanic. So too, for the perfectly healthy life of a society, ‘castes’ should not be competitive but Co-operative units, each being complementary to the others, never competing among themselves.”