After showing a lackluster performance for one year, post Covid banking stocks are set to return and lead the next leg of rally. 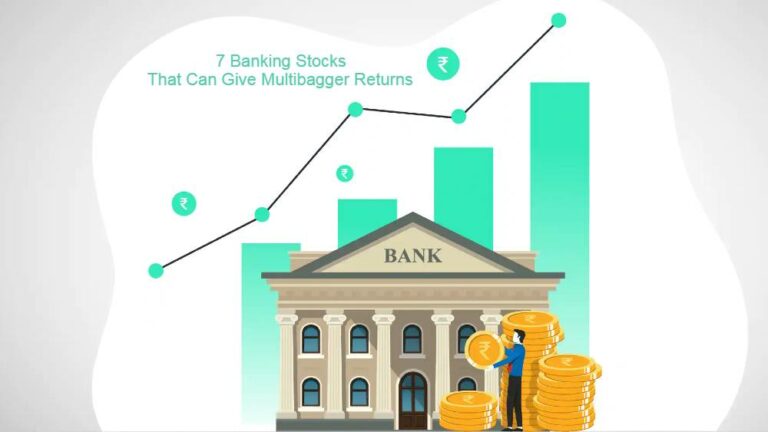 Investors in a stock market keep on looking for a better investment avenue, some succeed and some fail. To help our readers we tried analysing the scenario to know the future winners.

In current scenario, when the market is trading near its all-time high, one of the sectors that looks promising is banking, which can give multibaggers if investment horizon is couple of years. We could easily get some sense of this if we see banking stock performance recently.

At index level in last one year it has outperformed the frontline index Nifty 50. Nevertheless, if we take shorter time duration, we see that Nifty Bank has gained a lot of momentum. Since the start of July 2022, it has given a return of 23.5 per cent while Nifty 50 in the same period has generated return of 14.8 per cent. 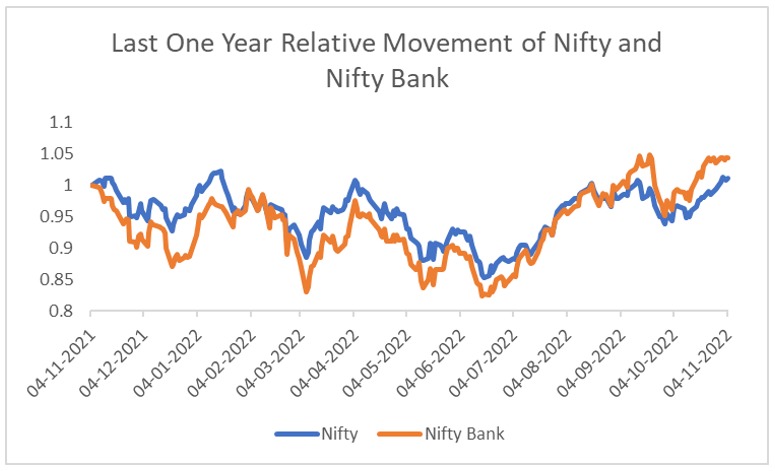 If we dig deep, we find that some of the banking index heavyweights (HDFC Bank and Kotak Mahindra Bank) have not performed well, however, there are other banking stocks that have already become multibaggers in last eighteen months. There are various factors that have helped share price of banks to gain.

Till couple of years, it was only private sector banks that were leading the growth of banking sector in India. However, post Covid there has been a shift in the gear and even state-owned banks are performing very well. Banking sector also benefited from interventions such as moratorium, Emergency Credit Line Guarantee Scheme (ECLGS) and restructuring announced during the Covid period. This helped them manage these risks as they could spread out the pandemic-induced stress over a longer period, thereby softening the blow on the asset quality.

Union finance minister Nirmala Sitharaman on November 7 tweeted, “The continuous efforts of our government for reducing the NPAs & further strengthening the health of PSBs are now showing tangible results. All 12 PSBs declared net profit of Rs 25,685 crore in Q2FY23 and total Rs 40,991 crore in H1FY23, up by 50% and 31.6%, respectively (y-o-y).”

Both state-owned and private lenders put up a strong show in the July -September quarter. Twelve public sector banks reported an average of 50 per cent year-on-year growth in net profit at Rs 25,685 crore rupees.

The jump came primarily on the back of a steady rise in net interest income and lower provisions. The second quarter results posted by PSBs were supported by strong credit growth and expansion of net interest margins.

Banking analysts expect that, while a moderation in net interest margins may occur going forward, healthy profitability is likely to continue.

However, hardening yields have had an impact on treasury income on a year-on-year basis. We believe, it is likely to continue for a while till there is rising trend in the interest rate.

In case of private sector banks, they collectively clocked a profit of Rs 33,165 crore rupees, which was around a 67 per cent jump year-on-year. The profit figures soared on the back of higher net interest income and robust loan growth. There was also a lag on the part of the banks in passing off increased rates of interest to depositors while pushing the lending rates higher, following the increase in the repo rate by 190 basis points in last few quarters. This led into an impressive growth in the net interest margin of banks. Asset quality also improved significantly as both gross non-performing assets and net NPAs declined year on year.

Against this backdrop, there is now a sense of optimism surrounding the Indian banking sector and the most important contributing factor is the quality of assets. Having gone through pain after the asset quality review, the sector has come out clean.

After a gap of almost eight years, asset side of the balance sheets of banks is looking good. What helped such strength of the balance sheet are recoveries and lower slippages. Provisioning for bad assets, which had been prime contributor towards lower growth of the profit of banks, has come down dramatically since the June quarter. For most banks, the provision coverage ratio is very high. Asset quality concerns have eased a lot and now the focus is shifting back to growth across verticals.

We believe slippages (ex-restructured pool) are likely to descend QoQ in Q2FY23 given the improvement in bounce rates and better collection efficiencies. We expect incremental non-annualised slippages run-rate to be contained in the range of 0.3-0.8%. Overall, with contained slippages, stable to improving GNPAs and enough contingency buffers in place, we expect credit cost to be steady, if not descend.

With economic activity improving, domestic credit demand has been strong. Credit growth continued its strong growth momentum in the month of September; it stood at 16.9% YoY as compared to 16.0% YoY in the month of August. Services and Industry credit led the credit growth in September 22 followed by support from retail credit growth. Credit growth is expected to continue owing to strong fundamentals, although there could be minor hiccups due to global macros. Another lever to credit growth sustaining, is tightened system liquidity which would urge corporates to turn towards banks for satisfying their credit requirements.

Improving asset quality, pick-up in loan growth, better capital adequacy, and lower provisions are expected to aid the return ratios of banks in general and PSU banks in particular. The market has already started discounting these positives which have resulted in an improvement in performance of the share price of the banks. They are expected to witness further re-rating; however, the valuations are expected to remain below the previous peaks.

The highest-ever quarterly net profit of Rs 13, 265 crore reported on Saturday (November 5) for the June-September period by India’s largest lender, State Bank of India, is an indication of not merely the public sector giant’s efficiency of operations, but also is the harbinger of hope for the entire Indian banking sector, which now stands ready to support the next round of investment-led growth that the country now needs.

In the following paragraph we have selected seven best banking stocks that can give multibagger returns going ahead. Since they have run up a lot in recent time, one needs to buy them in the following range.