Irrespective of how India’s economic situation emerges in the year ahead, it is currently in an advantageous position vis-à-vis other developed countries and emerging nations too. If digitalization and consumption, our greatest strengths at present, are harnessed in the year ahead, it could keep India safe in the eye of the storm brewing in the global economy. 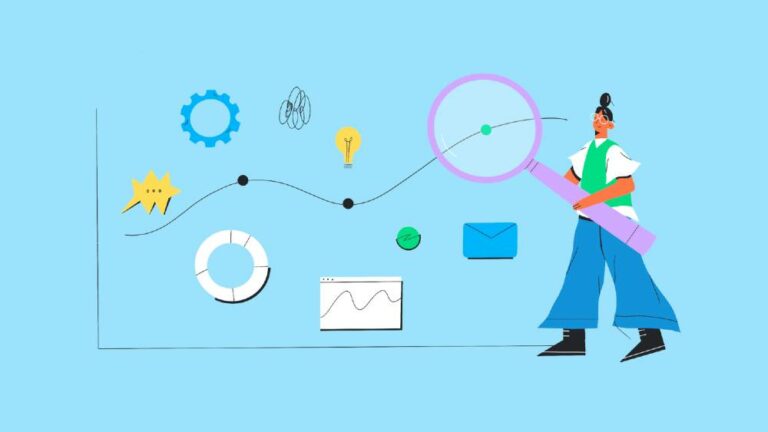 Following two unprecedentedly difficult years – 2020 and 2021 – 2022 started with the hope of a sustainable recovery. Despite the third wave of the pandemic sweeping across the globe, everyone seemed better prepared, and the recovery path from this wave was faster than expected for most nations. But by the end of the year, citizens of the global economy find themselves struggling to be optimistic about 2023.

Between its start and finish, 2022 has had its own challenges. Just as the third wave of the pandemic seemed to be petering out, the conflict between Russia and Ukraine erupted, triggering international concerns. The year also witnessed economic woes, including rising inflation and food shortages. The year was characterized by an increasingly urgent climate emergency, with world leaders meeting in Egypt to decide how to avert the looming crisis.

All this has impacted people’s sentiments. Year after year, Ipsos a global market research and consulting firm headquartered in France, asks the people of the world to reflect on the year gone by and the year ahead. They ask, “How has the year gone by for you?” and “What do you expect from the year ahead?” This year, over half of its 24,000+ respondents from 36 countries described 2022 as a bad year for themselves and their families. An even larger group (73% of respondents) said it has been a bad year for their country.

Nevertheless, the responses for 2022 marked an improvement over those in the previous two years – no surprise there. The corresponding figures for 2021 and 2020, which will go down in history as the annus horribilis of the century, were much worse. The sentiment towards 2023, as captured by Ipsos’ survey, was cautiously optimistic, with concerns about where the economic situation is headed, apprehensions of climate-related disasters, and fears concerning nuclear weapons.

Most respondents (79%) believed that prices in their respective countries would increase faster than people’s incomes. Moreover, a whopping 75% thought that inflation in their country would be higher in 2023 than in 2022, and a similar percentage expected interest rates to be higher too. In addition, over two-thirds of those surveyed expect unemployment to increase in 2023, and half of them expected significant stock markets around the world to crash. So, all in all, things do not seem too rosy since we all realize that sentiments can easily turn into self-fulfilling prophecies.

Now, the good news; within the rather bleak global outlook, India stands out as a bright spot. According to World Bank’s India Development Update, ‘Navigating the Storm,’ the Indian economy has proved remarkably resilient to the ongoing impacts of the deteriorating external environment. It is growing faster than most major EMEs as economic activity strengthened in the first half of FY 2022-23 (i.e., April 2022- March 2023). Despite some slowing growth in its major trade partners – the US, UK, and China, the Russia-Ukraine war, and persistent global supply disruptions caused by the worldwide shortage of shipping containers and supply bottlenecks, it continues to forge ahead.

Our GDP is expected to come at a robust 6.9% in 2022-23; inflation is showing signs of moderating; quarterly results of companies seem good, and even non-performing banking sector assets are on a downward trend. On the downside, we have begun to feel the heat of the global meltdown in terms of weakening exports, and the current account deficit and budget deficit have begun to climb, giving us more causes for concern.

At the macro level, it is difficult to envisage how the economy will pan out in the year ahead. It depends on various factors, such as when the Ukraine-Russia conflict gets resolved, whether another wave of the Covid-19 sweeps over the globe and how virulent it is, India’s ability to protect itself from imported inflation and other economic maladies, etc. Any attempt to surmise the big picture would be tantamount to guestimates. However, some trends in the consumer and technology spaces seem likely to unfold or continue to gain momentum in 2023.

Trends in the consumer space, an arena that got a makeover during FY2020-21 and FY2021-22 are worth noticing. While digital spending and investing gained popularity, initially due to circumstances, many trends stuck; some are gradually getting reversed.

Here are the top three trends that can be expected in the year ahead.

Health and Hygiene will continue to be a priority. Although people have been sanitizing a lot less than they were during the peak of the pandemic and their consumption of preventive healthcare products has reduced, with the possibility of another round of Covid-19 doing the rounds, they may pull up their socks once again. As a result, products that ensure health and safety will likely come back on shopping lists.

Spending on credit rather than savings – Using credit for purchasing everything from white goods to vacations seems to have grown strong roots. With more products offered by fintechs, banks, and NBFCs pushing flexible small and large ticket loans and credit card loyalty deals, it looks like this trend is here to stay.

Consumers got used to making online purchases during the past two years. Then, however, the ‘touch-and-feel’ world revived as life returned to normal. Now consumers seem comfortable reviewing products online, viewing them in a store, and then buying them online or offline, depending on price and convenience.

When it comes to digital technology, which impacts day-to-day lives, the three leading trends that are gaining visibility are:

An Abundance of Data

Data and predictive analysis will become more predominant. There is already an abundance of data, and it is cumulating at an explosive rate. As enterprises learn how to funnel and harness this resource, it will become the basis for everything from efficiency to customer delight.

Digital payments will keep growing. In a digital payments environment that was already buzzing, the RBI has introduced the e-Rupee. As the use of digital payments gains popularity, it will have myriad benefits not only for those who use it at a retail level but for the development of the economy as a whole, as it will reinforce transparency in transactions and plug leakages in the system.

The use of apps for everything is gaining ground not only with digital natives but also those in GenZ and millennials. Delivering access, speed, convenience, choice, customization, and a host of other benefits, there will be more apps to do more in everyday life.

Irrespective of how India’s economic situation emerges in the year ahead, it is currently in an advantageous position vis-à-vis other developed countries and emerging nations too. If digitalization and consumption, our greatest strengths at present, are harnessed in the year ahead, it could keep India safe in the eye of the storm brewing in the global economy.