Of Wine and Bibbers 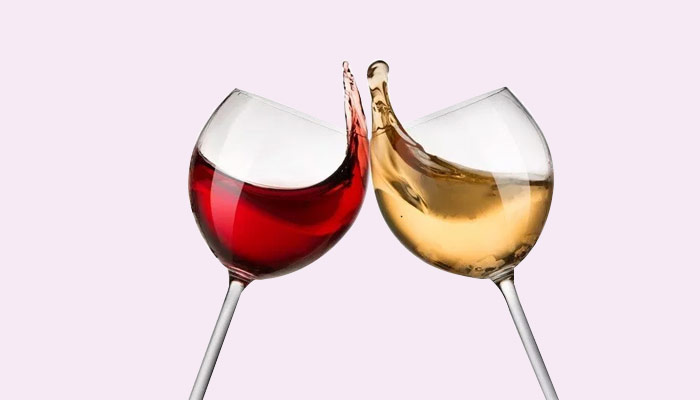 The iconoclastic social reformer and English philosopher Bertrand Russell tells us a story of the Chinese Emperor who constructed a lake full of wine and drove his peasants into it to amuse his wife with the struggles of their drunken drownings. This story props up a question in the mind of the readers. Why did the emperor choose wine and not any other inebriating liquid to kill the peasants? The Holy Koran has an answer: “There is a devil in every berry of the grape”. Shakespeare too vouches for the holy text when he makes his hero in Othello say: “O thou invisible spirit of wine! If thou hast no name to be known by, let us call thee devil.”

Great minds do not necessarily think alike. Wine is the usual drink with meals in several parts of the world. The Bible describes wine as ‘Blood of the Grape’. Perhaps no other Holy book than The Bible speaks of the plus and the minus of wine. In Biblical times wine was used as a soothing external medication and recommended as good for the stomach. It gladdens the heart of man; it gladdens life; it makes the heart exult and above all cheers the spirits of the depressed. Mourners were served a “cup of consolation”.

Wine is very much associated with Jesus Christ. When mother and son attended a wedding at Cana, Mother Mary pointed out to Jesus and said, “They have no wine”. The dutiful son promptly performed his first miracle. He turned water into wine. The English Romantic poet Lord Byron, when asked to write an essay on any one of the miracles performed by Christ, wrote just one line: “The water looked at the Lord and blushed”, referring to the Lord’s miracle of turning water into wine and thereby gained an upper hand over the other students. A bootlegger too, as per an old story, tried to make his escape by cunningly putting this miracle to use. Once a revenue officer stopped a bootlegger, and pointing at the jugs he was carrying, asked what was in them. The culprit said “Water.” Not ready to believe him, the officer opened one of the jugs and tasted it. He reacted, “Hei! Looks like wine and tastes like wine.” The bootlegger cried, “Lord! Lord! Jesus has done it again!”

The attitude of Jesus towards wine, like that of the entire Bible, is neutral, praising its use and finding fault in its intemperate use. The Messiah compared his blood to wine and his flesh to bread, when he said, “I am telling you the truth: if you do not eat the flesh of the Son of Man and drink his blood, you will not have life in yourselves. Whoever eats my flesh and drinks my blood has eternal life, and I will raise him to life on the last day. For my flesh is the real food; my blood is the real drink. Whoever eats my flesh and drinks my blood lives in me and I live in him. The living Father sent me, and because of him I live also. In the same way whoever eats me will live because of me” (John 6. 53-57).

Since the Holy Communion is achieved only through Jesus Christ, bread and wine, symbolic of his flesh and blood, are taken as a meal in common by all Christians. This is a participation in the body of Christ, in which Christians are all one; the many are one body, for they partake of the one loaf. Pity the baby that has not suckled its mother, for what is mother’s milk if not her flesh and blood? Jesus is certainly a mother figure.

Scientists consider wine as food. They opine that the body promptly converts wine into energy. The fruit acids and salts contained in wine are beneficial, just as they are in the unfermented juice of fresh grapes. As an accompaniment to daily bread, wine is among life’s temperate pleasures.

There are many sorts of wine and they can be classified under four categories: natural still wines, such as Claret or Sauternes, containing 14% alcohol or less; Sparkling, such as Champagne, 14% or less; fortified, such as Sherry, 16 to 23%; and aromatised, such as Vermouth, 15½ to 20%. Red, rose (pink), white are the different shades of wine. Nearly all red wines (rose is no exception) are dry and lacking in sugar. Port, of course, is a notable exception. White wines vary greatly in sweetness; some are very dry, some exceedingly sweet. Among the French wines – Bordeaux, Burgundy, Rhone Valley, Alsace, Loire Valley and Champagne (identified by the names of the districts where the vineyards are located), the last in the list is a great favourite among the Pondicherrians on Christmas Day.

Champagne, the world’s most festive beverage, is a symbol of gaiety and good living. “Good champagne is never cheap,” observes Gavin Duffy in his book Bartender’s Guide, “but it is more costly than exceptionally fine bottles of Bordeaux or Burgundy. Some people, buying or serving wine on a festive occasion, make the mistake of believing that sparkling Burgundy is an adequate substitute of Champagne. As a matter of fact, sparkling Burgundy is a blend of inferior red wines, and it is always heavier than champagne. It costs as much as a very good still wine. If cost is not important, take Champagne; if cost must be considered, then take a good natural wine”.

Wine looks good, smells good and tastes good. That’s why people enjoy drinking it, in spite of its cost. But it has to be taken in an ideal wine glass purposely made to enhance this trio of sensations. The tulip-shaped clear glass with a capacity of 8 ounces is a convenient shape for drinking so that the wine can be swirled and sniffed. But in pouring wine, the bibber should not fill the glass more than ⅓ to ½ full.

When wine goes in wisdom comes out, so goes a saying that speaks of a certain amount of self-revelatory benefit of this ‘strong drink’. Wine is also good for forgetting. In order to forget poverty and misery the poor and the bitter were urged to drink wine. King Solomon, the Wise, had used wine as part of the payment given to workers who built his Temple, while the kings of Israel and Judah collected wine as a form of taxation.

Looking at the other side of the coin, winebibbers were classed with gluttons and were condemned in both the Testaments of the Bible. Women who loved drinking flagons of wine were termed wicked and were looked down upon. “Be not drunk with wine”, alerted St. Paul who was hard on drunkards and classed them with thieves, fornicators and murderers. He also warned them that they would be barred from entry into the kingdom of God.

To add to all these a lovely short Chinese poem of unknown authorship admirably tells us of the excessive use of this “cup of fury”, as the bibber goes one round after the other: