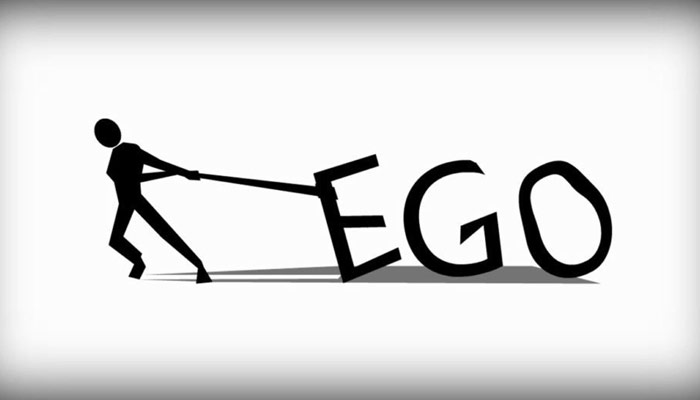 A judge who served in the criminal courts for about five decades was asked a few questions on his day of retirement. Happily answering all the questions, he found one very touching: “What had most deeply impressed you in your long career as a judge?” Tears trickled out when he answered: “The goodness of human nature”. Perhaps his were tears of joy.

Man, by nature, is good. But what corrupts him is the environment. It is the devil that enters human beings to make them evil. What can be done about it? A little lesson in humility would serve as a key to open the lock and destroy the evil in every one of us. Without humility there can be no humanity. Was not the great Confucius right when he talked of humility at length before he came to the conclusion: “Humility is the solid foundation of all the virtues”?

Humility is exactly the opposite of egotism, another word for conceit. A conceited person is not healthy because ‘ego’ is a disease. And this disease walks with him as his shoes do. A young Hollywood actor in his inebriated mood lurched into the lobby of a Five Star Hotel and happened to look into a life size mirror. Smiling with pleasure, he said: “Great! They’ve got a picture of me here, too!” The actor’s words would have sounded comic to all those who heard him but his heart was really proud. What hypocrites we seem to be whenever we talk of ourselves! This arrogance is the brainchild of ego. This self-interest is a nutshell exposition of the survival of the animal in us. And when does humanity begin for us? It begins only with self-surrender. An old epitaph in a London cemetery reads: “What I gave, I have; what I spent, I had; what I kept, I Lost”. I think no other definition would serve better to elucidate self-surrender.

Life however small deserves respect. Emperor Akbar was once standing outside his tent at Lucknow. Disturbed to see the royal flag not flying high, he inquired into the matter. Soon an attendant reported that it was all because of a sparrow that had built a nest and laid its eggs. They plan to pull down the nest to make the flag fly high. Akbar howled: “No…no…no…never do that”. “Anyhow the tent has to be dismantled as we are leaving for Delhi in another hour,” said one of the ministers standing by the emperor’s side. Akbar said: “We are going, of course. But let the tent remain here. Instruct the officer concerned about it. He must see to it that the nest and the sparrow are taken care of. It is also his duty to keep the young ones unhurt.” And before Akbar climbed on to his horse, he said: “Tell him not to dismantle the tent before the nestlings develop wings and take off,” and rode away peacefully.

Ancient poems in Tamil literature speak highly of several such royal men and women who sacrificed their paraphernalia for the benefit of birds and plants. King Peigan sacrificing his priceless royal shawl to a peacock shivering in the cold weather and King Paari sacrificing his chariot to a jasmine vine that crept onto his vehicle and entangled itself with the wheel would serve as good examples. But the best comes from the life of a versatile writer.

Few writers have been more prolific or versatile than HG Wells – science fiction writer and historian.  His best known fictional works kicked him to the pinnacle of fame and money started pouring in. A life of penury – that was all that he had when he was quite young. The son of a maid servant he could not have expected less. Time too has to wait for its change. The beautiful and inspiring bungalow he built for himself with the money that his auriferous pen brought proved to him a heaven on earth and he prided in showing his home to his friends and well-wishers. While showing a friend around, Wells said: “This is my bed room and I sleep soundly here”.

The friend looked askance at him. Wells wanted to know the reason. “You showed me two spacious and airy rooms in the ground floor. What forbids you from using one of them as your bedroom?” asked the friend. Wells replied: “Oh! Those rooms are used by my cook and maid servant.”

“Strange!” said the friend and added, “I have never heard of anyone giving such rooms to cooks and servants. And you prefer to sleep in such a small room as this, eh?”

Wells calmly said: “During our penniless times, we were living in a rich man’s huge mansion. My mother worked as a maid servant there and we were given a dingy dirty little room to live in. I still remember our uncared for life in that room. But now I do not want my servants who are serving me for more than two decades to lead that sort of life. They are also human beings and let them live comfortably.”