The beginning of a new “quiet war” 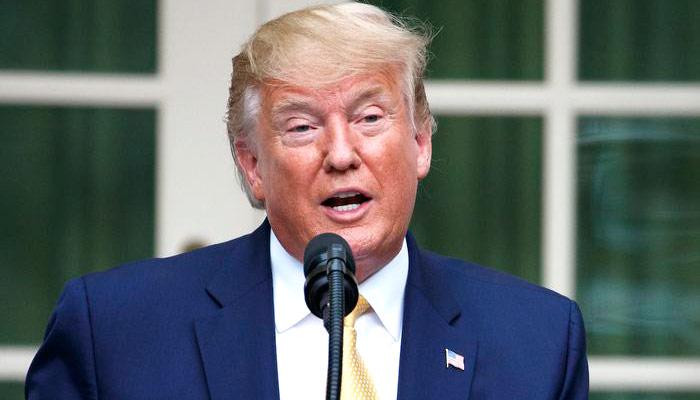 Trying to predict a recession is a fool’s game. Expansions don’t die of old age. Various hard-to-predict accidents can put an end to them. The question is not when, but how, a recession plays out. And the policy response is key to the answer.

The most consequential policy mistake in economic history was the lack of a proper response to the financial crash of 1929. Central banks failed to recognise the impact of bank failures and debt-deflation dynamics, and monetary policy was too tight. So what could have been just a recession became a fully fledged depression. The lessons of this episode clearly guided the response to the global financial crisis of 2008.

With the end of the cold war, it looked as if globalisation had tamed power politics and heralded a more peaceful world. The networks that distributed money, information and production seemed to resist state control. Economic conflict appeared irrational: attacking a rival would hurt your economy as well. That’s not quite how it turned out, as US President Donald Trump’s recent tweets about forcing American businesses to leave China make clear. We are at the beginning of a new “quiet war”, where the global networks that were supposed to tie countries together have become a distributed and complex battlefield. Great powers such as the US and China are wielding supply chains as weapons in their grand disputes, while smaller states such as Japan and South Korea copy their tactics. Businesses like FedEx, Huawei and Samsung are pawns on the battlefield or collateral damage.

States woke up and realised that global networks could be weaponised. The connections are not flat and open-ended, instead they have become more centralised, providing chokepoints that states could exploit. Key nodes, such as financial clearing systems, dominant market players and suppliers of crucial components, created critical vulnerabilities. Google’s Android operating system, Huawei’s 5G technology or JPMorgan Chase’s dollar-clearing department could be used by powerful states to coerce adversaries or cow insufficiently co-operative allies.

It is getting harder to identify the winners, and easier to see the losers. Decades of globalisation have produced an interdependent world. States will incur one set of costs when they are attacked using these interconnections and another when they seek to defend their economy by disentangling. The world economy risks descending into a game of tit-for-tat, as states seek to exploit their rivals’ vulnerabilities and retaliate when rivals exploit their own. Economic relations that appeared to be substitutes for war have become a kind of war by other means. Time will tell whether unleashing a trade war will turn out to be another historic mistake. But one thing is certain: policymakers no longer have the ammunition that has been required to respond properly to past recessions, let alone to full-blown crises. Until now, monetary policy has essentially worked by lowering interest rates to stimulate demand and the appetite for risk. But a cursory glance at capital markets tells you that this isn’t an option today. A third of all government bonds globally — and two-thirds in Europe — have negative yields. Even in the US, which still enjoys moderate growth, long-dated Treasury yields are at or near record lows and could easily head towards zero in a recession.

In the next recession, a different policy framework will be required. This would involve what might be termed “going direct”: policies that put central bank money into the hands of public and private sector spenders, rather than relying on the incentives of lower rates.

Such a framework could be organised in a variety of ways but would certainly require closer co-ordination between fiscal and monetary authorities to ensure that fiscal expansion does not lead to an increase in interest rates. Over time it would help to restore a more normal rate environment, reducing the pressures of lower rates on savers and on the financial system. To be feasible, a policy of going direct should have the following elements – First, a clear definition of the circumstances that call for such unusual policy co-ordination; Second, an explicit inflation objective that fiscal and monetary authorities are jointly held accountable for achieving; Third, a mechanism that enables the prompt deployment of productive fiscal policy measures, without the negative monetary policy impact on inequality. Finally, and critically, a clear exit strategy.