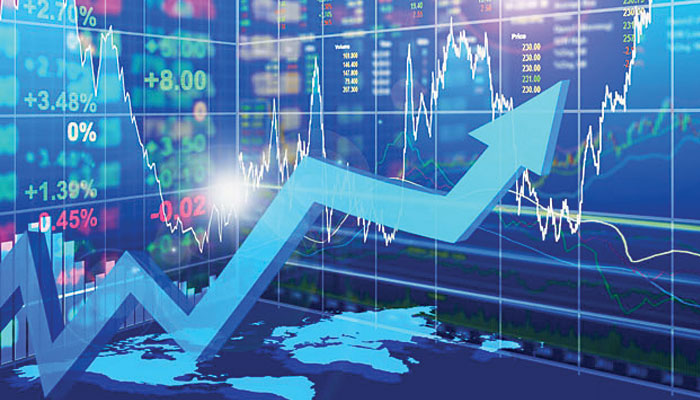 Markets are looking to the future. A rebound in equity valuations means many investors are already pricing in next year’s growth. Yet this improving sentiment is premature: there is no truce in the trade war, China is slowing, a no deal Brexit is still a live risk, factories are stagnating and, outside the US, central banks have used up much of their ammunition. The problems facing the world economy are unchanged. They could get substantially worse.

Monetary stimulus from the European Central Bank and US Federal Reserve, as well as positive noises about rolling back tariffs on China from US President Donald Trump, have reassured investors that the world will avoid a sharp downturn. This sense of relief helped the S&P 500 rise to a new record last week, while Germany’s Dax 30 index has risen 7 per cent since the start of October, as has the main Italian index. France’s CAC 40 is up 4 per cent.

Yet a mooted “interim” deal between the US and China has not yet become anything substantial. Instead, Mr Trump recently threatened to ratchet up tariffs on Beijing if no deal is struck soon. Chinese fixed-asset investment so far this year has been running at the lowest rate for two decades, raising the spectre of a deeper slowdown than anticipated in what is on some measures the world’s largest economy. Even with a thaw, the damage from trade tensions, however, may already be done. US executives have indicated that capital spending is likely to slow further in the final quarter of the year — investment in the third quarter was already the lowest for two years.

UK Prime Minister Boris Johnson may have secured a withdrawal agreement with the EU that satisfies his own party but there is no guarantee that a general election will end the saga. British politics is volatile and Mr Johnson has said — if he does win — he will not extend the “transition period” in July, opening up the possibility of another cliff edge and the risk of serious trade disruptions.

Indicators are no longer deteriorating, but not yet improving. Figures published last week showed Japan grew at its slowest rate for a year in the third quarter and, while Germany and the UK avoided recession, both barely grew. Figures for growth in Poland, the Czech Republic, Slovakia and Romania came in below expectations as the manufacturing slowdown spilled over from Germany to its supply chain.

The debate on government spending has shifted but there is little sign that fiscal stimulus is yet sufficient to take over from monetary. South Korea’s finance minister warned the country’s record fiscal stimulus measures were failing to show the “spillovers” the government had anticipated to the rest of the economy. Germany is flirting with abandoning its stringent borrowing constraints but has not yet committed.

This leaves central banks as the only pillar supporting growth. Central bankers in Europe and the US have launched stimulus programmes: a rate cut from the Fed has helped reassure investors, while in his penultimate ECB meeting Mario Draghi restarted asset purchases. In Europe there is little room to maneuver from here. The summer’s worries over high rates of corporate debt have retreated because of this easy money, rather than because the risks have gone away.

The bounceback in valuations is vulnerable. With returns on safe assets at rock bottom, investors have few other places to go than equities; flat US corporate profit growth is expected to rebound next year. If that anticipated recovery does not materialise, stock markets may come back to earth with a bump.