Be Men among Beasts 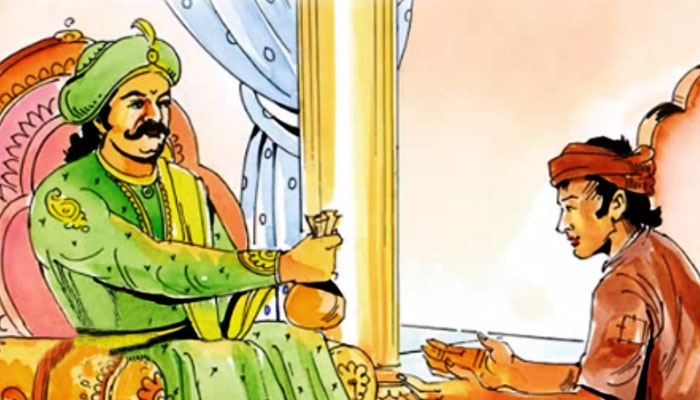 Givers are of two kinds – First, those who have the mind to give but can’t because they have nothing to give, and second, those who are ready to give whatever they have.

It is said of Leo Tolstoy that on one evening when he was taking a stroll, a beggar asked for alms. The world renowned novelist had nothing to give and so he said, “Sorry brother”. The beggar was so happy that he said: “You called me brother! This word is a real gift, really more than the money you could put into my cupped hands”.

Tamil literature speaks highly of a Muslim Philanthropist Seedhakhadhi who helped every non-Muslim poet who sought his help. He was so generous with them that several poets immortalized him through their gratitude-filled poems. Once it so happened that a poet named Padikaasu Thambiran hearing of the generosity of Seedhakhadhi and wishing to drive away the poverty engulfing his family went to meet him. But the poet was unfortunate. By the time he reached the place of the philanthropist, Seedhakhadhi was in his grave. The poet rushed to the graveyard, found the grave and sang a poem in praise of the dead man and ended it with a sad note of disappointment.

To the poet’s great surprise, the dead man’s right hand clothed in a shining sleeve, rose above the earth, and the outstretched fingers exhibited a heavy golden ring. To the needy poet it was a lifetime achievement award that really lasted for his lifetime. That was the origin of a lovely idiomatic expression Setthumkoduthan Seedhakhadhi, meaning “Seedhakhadhi gave away from his grave too”. His compassion deserves the admiration of every person, whether they have the mind to give away or not.

This is one side of the world. The other side is quite sickening. “What will you bring, when you come to my house? What will you give when I go to your house?” So goes a Tamil saying, which brings to light the way of the world. In short, we live in a selfish world, don’t we? Even our so-called friends who accompany us like our “inseparable shadows” during sunshine and disappear at our dark times. Yet once in a while, we come across people who help the needy, the poor and the downtrodden without any ulterior motive. We usually call them ‘gods among men’ or to put it in worldly terms ‘men among beasts’. Buddha, Jesus and Mother Theresa are some of the universally acknowledged examples of such people. A dip into their biographies would definitely help in exclaiming with awe: “Oh, what great souls are they!” They fall under the common term Good Samaritan.

Anyone who pities and unselfishly gives practical help to persons in trouble or a disinterested well-doer is called a Good Samaritan. Good Samaritan makes his appearance in one of those famous parables of Jesus Christ. It is told in the ‘Book of St. Luke’, Chapter X, verses 29-37. “Who is my neighbour?” the lawyer asked Jesus. In reply, the Messiah told the following parable:

Once a Jew was travelling from Jerusalem to Jericho. Bandits waylaid him and beat him. When he was half-dead, they took away his clothes and money and left him beside the road. It happened to pass that a Jewish Priest, who represented the highest leadership among the Jews, came along. He saw the unconscious Jew. But having no mind to help him, he crossed to the other side of the road and passed him by. A little later, a Levite, the designate lay-associate of the priest, walked over and looked at the Jew lying there, but then he passed by on the other side.

But a certain Samaritan—“all Samaritans were despised by Jews, and the feeling was mutual, due to historic reasons”—came along on his donkey. He saw the wounded man and took pity on him. The Samaritan knelt beside the Jew, salved his wounds with oil and wine and bandaged them. Then he put the Jew on his donkey and walked along beside him till they came to an inn, where he took care of him through the night. The next day, when it was time for him to depart, he handed the inn-keeper two Denarii (pence) and requested him to take care of the ailing Jew. He also promised him to pay the next time he was there, whatsoever he spent more on the Jew.

“Now which of these three would you say was a neighbour to the bandits’ victim?” Jesus asked the lawyer. It needs no lawyer to answer such a simple question. “The Good Samaritan, a foreigner not expected to show mercy to Jews, who had compassion.”