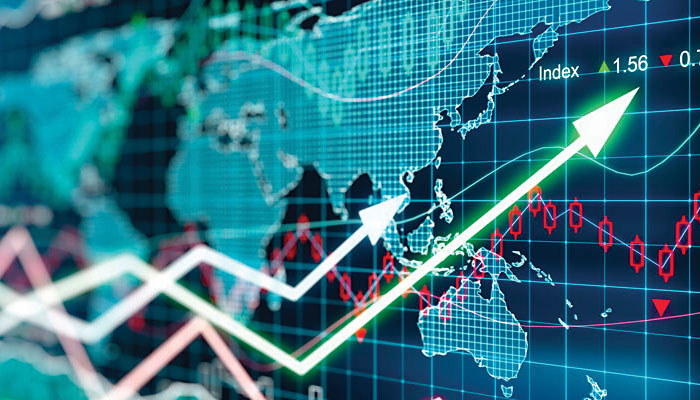 Although, in the year 2019, not many investors could make money, yet both Sensex and Nifty clocked record highs. Only a handful of stocks moved. The rally in the market was confined to select stocks and the secondary indices did not witness the same optimism. Midcaps and smallcaps slipped in the red hit by the gloomy macroeconomic environment. The rally, whatsoever it was, was led by a pack of stocks which normally common investors never have in their portfolio for obvious reasons – first and most important reason being high valued in terms of their price. With a few lakhs to invest in equities, investors try to have a decent number of stocks in their portfolios and if they buy high-priced stocks the portfolio would have to be content with the few stocks. So without doubt 2019 was the year where only those, having deep pockets to invest in equities, could make money. And those ultra-rich investors saw the value of their portfolio soaring beyond their imagination. A recent report widely being circulated in media suggests that almost 26 portfolio management schemes (PMS) have outperformed Nifty50, which has risen around 13 percent this year. The rally has been driven by FPIs and was restricted to mainly largecaps. The Indian market is still under performing major global peers as the worries of a slowdown in the domestic economy loom large.

So 2019 presented an interesting picture and the reasons were not limited to perceptions alone. In just four quarters, India’s economic growth has declined from 8 per cent to a six-year low of 4.5 per cent. In October, six out of eight core sectors were in the red. Credit flow from the banking sector has been tepid for a while now. The agrarian crisis and the consequent fall in rural consumption has caused the consumer spend to decline. Due to heavy downpour pulses, oilseeds, cotton, onion and sugarcane were hit badly. A slowing economy creates NPAs and to add to this is the rising delinquency among Mudra loans. As of now, the fiscal deficit is already 102 per cent of the Budget estimates. The government will soon have to cut back on expenditure to meet the deficit target. However, the underperformance seen in the broader markets was largely due to their high valuation, economic slowdown and muted earnings growth.

The benchmark indices traded higher as the actions like corporate tax cuts brought a change in perceptions. As the momentum continues it is very much clear that the market is likely to hit new highs in 2020. Some of the analysts have predicted the Nifty to touch levels of even 14,000. Institutions have come out with their own projections. Kotak Securities expects BSE Sensex to touch 45,500 and Nifty-50 to touch 13,400 by December 2020. In that case the big question is what all the companies would likely help the Index because the bunch that led the 2019 rally has certainly no upside left from their current levels.

On the economy front, a lot of encouraging announcements are expected from the government before and in the budget. Refreshing changes in personal income tax slabs is one amongst many. We believe that those announcements could make the year 2020 the year of revival. It is close to almost two years small and marginal investors have not made any money in the market. Valuations mainly midcaps and small caps are very cheap considering the financials posted by many companies. There is strong mismatch.

For all the bad news regarding GDP growth rate there is strong indication that the budget will revive the rate since the policy actions that in the past the government had taken will start yielding results. We have firm belief that domestic economy has to gain strength in the coming quarters which will result in demand recovery and economic growth leading to improved corporate earnings. After all it is the earnings growth that moves the markets.

Experts mostly have a positive view on the market as they expect the domestic economy to gain strength in the coming quarters and global factors, such as the US-China trade war, to ease further. 2020 will be a year to firm up positions in equities, as 2021 will bring a start of a secular rally. We feel that the momentum of the market will get more powerful due to factors like, high expectations on Budget, better inflows in CY2020 and lower risk in domestic market. We believe 2020 would be a year where recent measures taken by the government would start showing desired results.