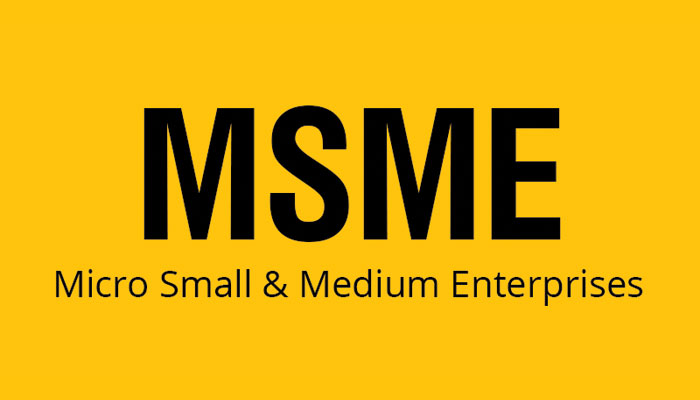 From governments to financial institutions, there is a clear consensus that Micro, Small and Medium Enterprises (MSMEs) in India are a force to reckon with. This segment contributes significantly to the Indian economy in terms of employment, output and exports.

With around 63.4 million units throughout the geographical expanse of the country, MSMEs contribute around 6.11% of the manufacturing GDP and 24.63% of the GDP from service activities as well as 33.4% of India’s manufacturing output. They have been able to provide employment to around 120 million persons and contribute around 45% of the overall exports from India. The sector has consistently maintained a growth rate of over 10%. About 20% of the MSMEs are based out of rural areas which indicate the deployment of significant rural workforce in the MSME sector and is an exhibit to the importance of these enterprises in promoting sustainable and inclusive development as well as generating large scale employment, especially in the rural areas.

In recent times, this segment is on the cusp of disruptive change which will result in a higher and more sustainable growth trajectory. Various factors have been ensuring that principles of sustainability are getting built into the functioning of companies in this space. These include:
• The implementation of GST
• The advent of pan-India digitalization and many levels of Policies (financial and functional) that facilitate smaller enterprises and
• Most important, a shift in leadership to younger, more tech-savvy entrepreneurs.

Until a decade ago, there was immense disparity between the technology available to large corporate and smaller enterprises. Access to information and funding was also skewed towards more established firms. This led to a representative of the UN to observe that Indian MSMEs preferred to adopt what could be called jugaad economics or the use of low-cost indigenous solutions, in many of their processes. This, as one can imagine, delivered sub-optimal products and outcomes and encouraged a vicious circle of widening the gap between larger and smaller enterprises.

However, during the last few years, digitalization and the fast-paced advancement in technology has become a great leveler of the playing field. It has made developments in the business arena more inclusive. Finance is also becoming less of a constraint as access to formal financial sector loans is growing on the back of fintech.

At the same time, MSMEs are being run by younger, more tech savvy entrepreneurs who have access to information, which in turn gives them access to funding, equipment, know-how. This has reduced the length of the learning curve and unshackled them from some of the handicaps that older entrepreneurs faced. Although the numbers are still small, there is now a growing awareness amongst Indian MSMEs that opting for sustainable solutions (environmentally and socially, in addition to economically) does not hurt their business interests; in fact, in the long run, it helps. Being part of a larger eco-system, MSMEs are imbibing cultures of sustainability when they interact with organisations that believe in responsible sourcing, responsible funding, etc. There is still a trickling down from PE and VC funds that are moving towards ESG funding (funding only companies that are responsible environmentally, socially and in terms of governance) towards second level lenders and manufacturers, who in turn are lending to and sourcing inputs from MSMEs that are responsible.

This transformation is just as imminent as the first ray of dawn and will trigger a virtuous cycle of greater sustainability on all levels.