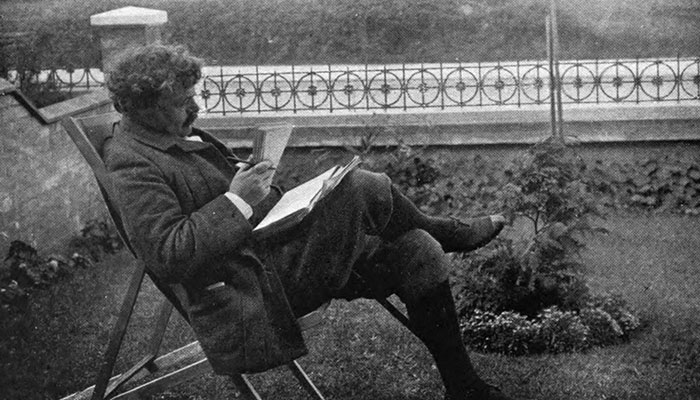 Writing is a private affair. No writer ever wants a reader over his shoulder when he makes love to the immaculate white sheet of paper with a well-sharpened pencil. Perhaps this is the reason why Coleridge’s lovely poem “Kubla Khan” remains a fragment. Cursed be the peeping Tom who stood behind the poet and watched the letters emerge from paper admirably chiselled by the poet’s pencil.

“When I am doing a novel, I don’t see anybody. I don’t speak to anybody. I don’t take a phone-call. I just live like a monk”. Georges Simenon, author of the famous ‘Maigret’ novels is remarked to have said so. His words speak for the privacy of the writer in him. But the man in him was quite different. Each time before starting a piece of work he would make sure he went for a health check-up. The French poet and playwright Edmond Rostand whose play ‘Cyrano de Bergerac’ created a sensation in 1898 was a little more reluctant to turn away friends and so when he was in his writing spree he preferred to sit in his bath-tub. Visitors heard the very same reply: “Master is taking his bath” from the maid, sometimes for the whole day. Papa Hemingway, the Nobel Laureate, once said: “I have seen every sunrise of my life. I rise at first light”. Writers have to learn from him several lessons. He always wrote in the mornings, shutting himself up for six continuous hours in his room with explicit instructions that he was not to be disturbed at that time of the day. He wrote an average of 800 words a day, all the time standing and tapping at his manual typewriter.

The French writer Victor Hugo was of a different mould. Whenever he was in the mood to put pen on paper he stripped himself naked and handed over his clothes to his valet with strict instructions that he should not return his clothes. The German poet and dramatist, Schiller, always had the drawers of his writing desk filled with addled eggs. That served a double-purpose. The stench stimulated him to write. It also drove the visitors away. The extent to which some writers went to protect their privacy would have to be heard to be believed. J. B. Priestley, Carlyle and Marcel Proust could not stand the slightest noise when they were at work. They had their study sound-proofed and the windows permanently shut. Emile Zola who had his motto, “nulla dies since linea” meaning “no day without its line”, carved in gold letters over the mantelpiece of his study preferred a darkened room to write.

Some writers preferred a different kind of privacy. They loved to work in the midst of noise. They perhaps had reached the status of yogis who can feel their silence amidst even a milling crowd. For them the noise was less bothersome. P. G. Wodehouse, the creator of that inimitable butler Jeeves wrote in a corner of a crowded room, even with all the chattering that went on around him. The Russian short story writer, Anton Chekov, wrote in the midst of his favourite children singing and playing on his piano. James Thurber, the great American humourist and cartoonist wrote all day unmindful of the heavy traffic noises outside his home till his wife shouted at him: “Dammit Thurber…stop writing”.

To see Anthony Trollope without his portable writing desk was a rare sight. He never wasted his time and never minded the place. Railway platform, coach, ship or his well-equipped study – the place hardly made any difference to the Deputy Postal Surveyor. Enid Blyton, the uncrowned queen of children’s literature, did a great deal of her work in her garden using a portable typewriter. “This is the master’s library. But he studies in the fields”. That was the response Wordsworth’s visitors received from his servants when asked to be shown the great poet’s study. Dorothy’s ‘Journal’ confirms that her brother poet did his writing out of doors.

Alexander Dumas was a colour-loving writer. He wrote his poems on yellow paper, articles on pink paper and novels on blue – and always with green ink. He also had the eccentric nature of never using the same pen which he had used for a play to write a novel. G. K. Chesterton, the creator of Father Brown, could only write sitting in Dickens’ chair which he had brought all the way from Gadshill Palace. Jane Austen, considered the perfect English woman novelist, always wrote on bits of paper. Whenever an unexpected visitor called she would sometimes throw away those bits when unable to hide them, being greatly cautious of what was considered an un-lady like past time.